This is the second McDonald’s toy in this series thus far (the other being the Playskool McDonald’s set back on Day 107), and what separates this gem is the fact the Ronald and company have their own figures.  Before I knew grimace was a particular type of smile, it was fat, amoeboid like part of theMcDonaldland playset, and he was my favorite. Now this isn’t to say I didn’t like Mayor McCheese, the Hamburgular, or Ronald McDonald himself, but Grimace was so unusual and I loved the fact that he could barely walk.  And while the train that comes with this set is pretty cool, it was really the facade of the McDonald’s store that I liked playing with the best—the menu intrigued me to no end.

What’s more, the figures themselves were freaky.  Flickr user Cracklintulip has taken an impressive series of the set in the wild that really capture how weird looking the characters were.  Everything from the haunted Ronald clown face to the buck-toothed Hamburglar, these figures were not for the faint of heart.  And what’s more, the images below beautifully capture the plastic textures of these dolls, it’s as if you could almost smell them through the photos.  So, I’ll let Cracklintulip’s visuals do the talking on this one. 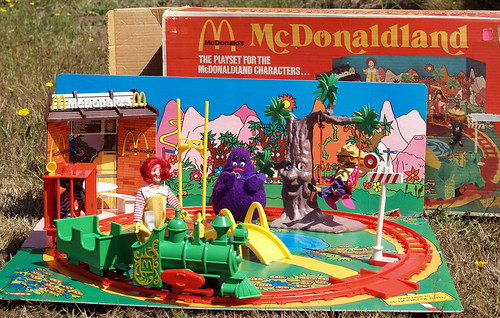 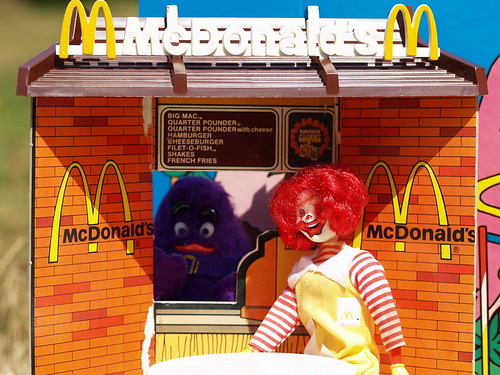 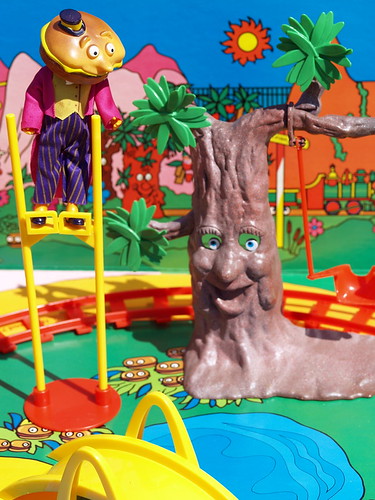 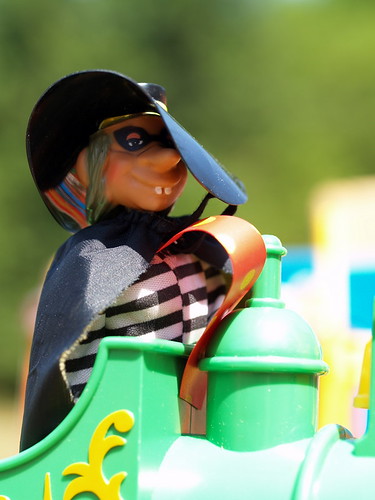 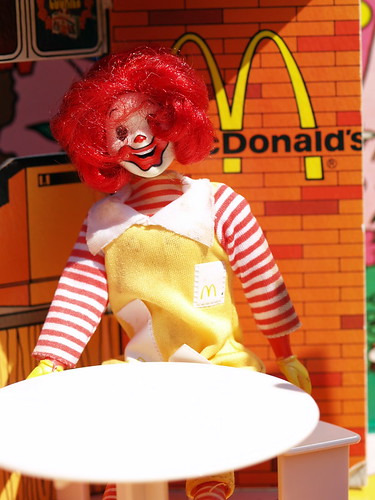 This entry was posted in 1102xmaS and tagged 1102xmaS, McDonald's, McDonaldland Playset, toys. Bookmark the permalink.