Yesterday, Tess, Miles, and I went to a free, three-hour event offered by the FredX Coder Dojo. The dojo seems to be born out of—or at least in the spirit of—the maker culture work George Meadows and Tim Owens have been cultivating in Fredericksburg for a couple of years now. The local, community-wide impact on libraries, local schools, and beyond this work has been visibly greater than anything else UMW has been a part of in this regard. The mentors running the dojo, at least two of whom are UMW grads, did a truly great job.

Elliott Sperlazza spent the first hour taking the room full of more than 20 kids how to build a server. Groups of kids came up to help the construction along, and talking about CPUs, harddrives, hetsinks, etc. was pretty awesome. Thanks to Tim I have images of both Tess and Miles turning a screw or two on the motherboard. 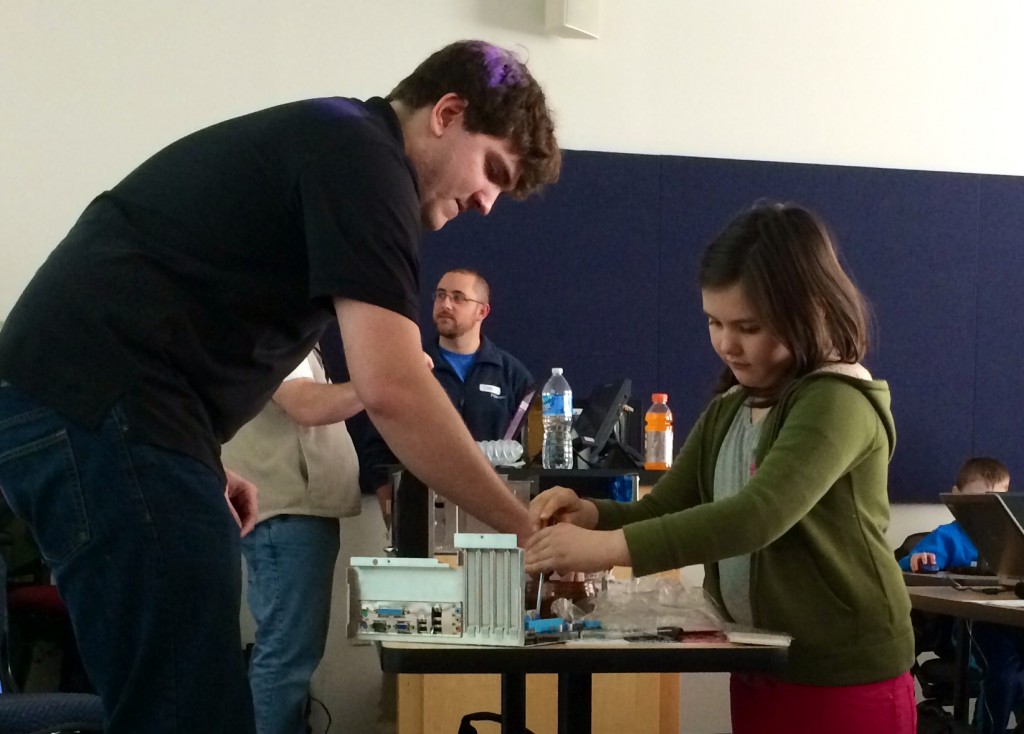 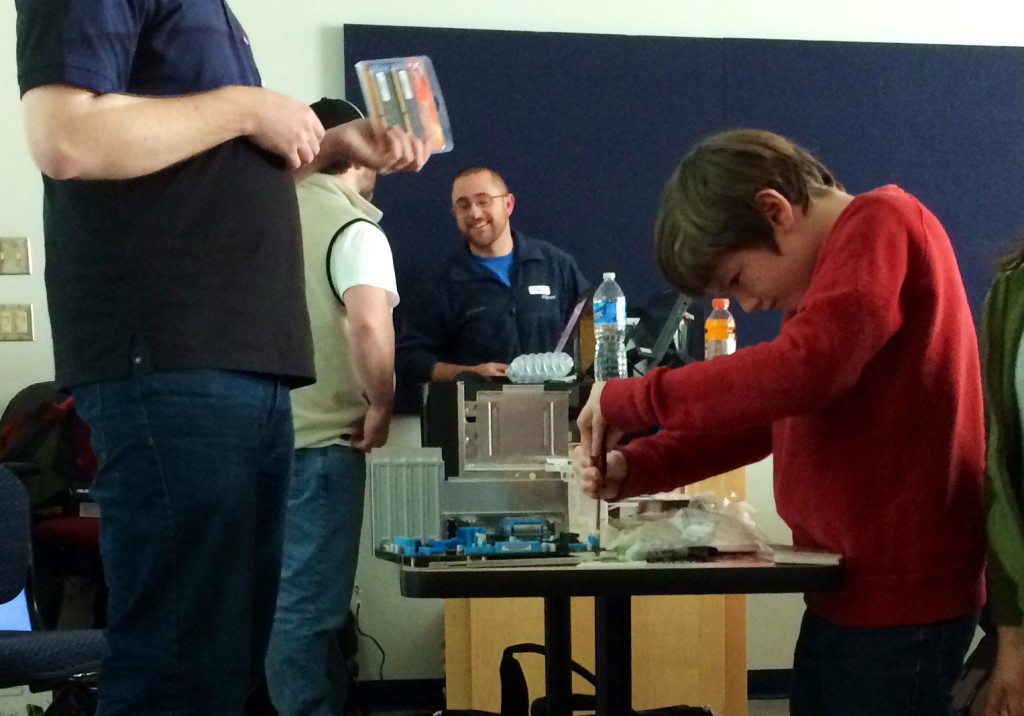 During the next hour Elliott took the group through creating mods for Minecraft. I though this was pretty awesome given they broke down modding for this game environment into recipes that kids could create and use to change variable, set parameters, etc. Java programming and making something simple are usually not two things that are associated, but Elliot demonstrated through the applciation Eclipse how this is possible. There were some difficulties getting all the developer tools up and running for Minecraft, so I’ll be following up on this as homework before the next meeting.

Finally, the last hour was an HTML clinic run by Devon Loffreto. What’s interesting about Devon is he’s also doing a similar program out of Stony Brook University with no funding. I imagine that would be a pretty exciting partnership for SBU’s newest and greatest CIO (paging Cole Camplese)!

Anyway, this portion of the day was awesome because I got introduced to Mozilla’s web maker HTML tool Thimble. This was perfect for Miles and Tess because they could change HTML code in the left-hand column and see those changes on the right. What’s more, we could play around with basic HTML and publish it right through the thimble tool. I’ll be using this one this coming week for an assignemnt for the Internet Course.

For example, Miles made his very first webpage and it just so happens that it is also has a predictive engine that can determine who will win the Super Bowl. Impressive stuff. 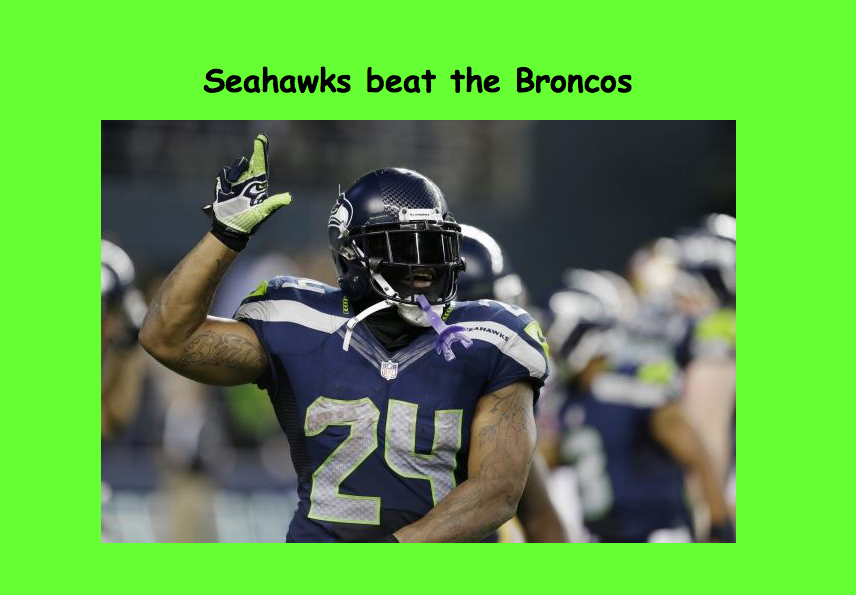 Also, there was another mentor there named Josh (featured in the middle of the pictures with Miles and Tess) who I ‘ve know for a while through Joe McMahon (I just don’t remember his last name, little help?). It felt to get out there and actually go to one of these events and expose my kids to some of this stuff. For all my rah rah rah on this blog, I can be lazy and ignore the stuff happening right in front of my own nose. So, this year I’ll be doing more cool stuff like this locally. It’s good for me, for my kids, and for building ties that help foster community. Fredx coder dojo promises to be just that, and I’m a big fan.

This entry was posted in Uncategorized and tagged fredx. Bookmark the permalink.