“From EDUPUNK to ds106” Interview 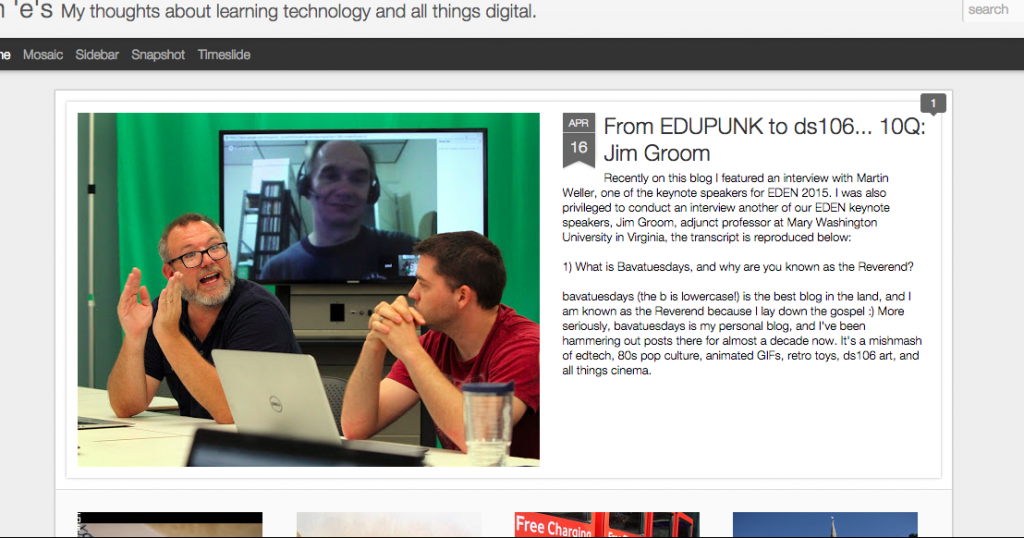 I had a lot of fun doing this interview for Steve Wheeler in anticipation of my presentation at the EDEN Online Conference in Barcelona in June. This will be my first time presenting in Europe, and I am toying with the ideas about pulling a Ben Franklin and presenting in a coonskin hat 🙂 More seriously, I am a bit nervous given how much of my talks are so geared towards US pop culture and fairly specific milieu of higher ed that may not translate cleanly in Europe. Either way, I look forward to the challenge. What’s more, I have the luxury of knowing that I can only be the warm-up band for the great Audrey Watters. The fact gives me some freedom to experiment, knowing full well  she can carry the intellectual water for the both of us. TEAM AMERICA!!!

As for the interview, major kudos to Steve Wheeler for starting with a question that set a pretty loose and fun (at least for me) tone to the whole interview. Namely: “What is Bavatuesdays, and why are you known as the Reverend?”

To which I answered as follows:

bavatuesdays (the b is lowercase!) is the best blog in the land, and I am known as the Reverend because I lay down the gospel 🙂 More seriously, bavatuesdays is my personal blog, and I’ve been hammering out posts there for almost a decade now. It’s a mishmash of edtech, 80s pop culture, animated GIFs, retro toys, ds106 art, and all things cinema. It’s a “b blog” in that it pretends to nothing more than schlock, and it achieves its goal regularly. The actual name comes from the maestro of Italian horror films Mario Bava. It’s a reference to a film club some friends and I imagined wherein we would watch Mario Bava films on Tuesday nights. The club never materialized, but the name stuck with me for some strange reason. I thought it might be a cool band name, but given I have no musical talent, I reserved the domain and settled for a blog. The rest is the underground history of the web. 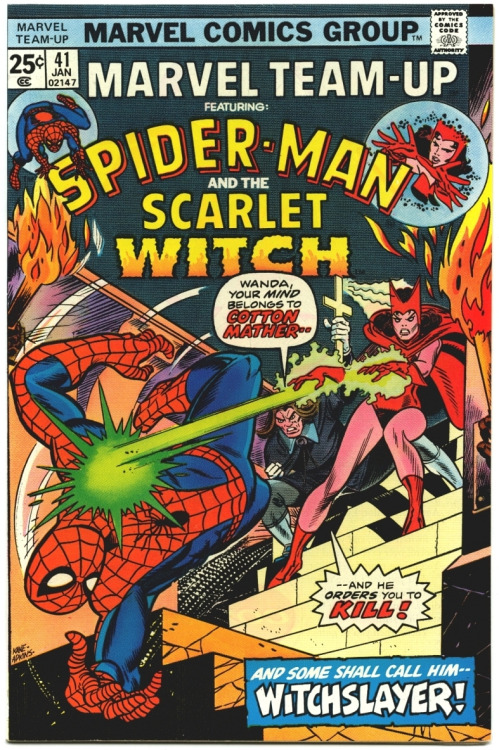 As for the title Reverend, I was given that nickname by Chip German (then CIO of University of Mary Washington) back in 2006 or 2007. I think because I started to sound a bit like a fervent preacher when I started talking about teaching, learning and technology. I’ve played the role of evangelist at UMW for almost a decade, and I always hated the term evangelist when used outside of its religious context, so I made a point of reframing edtech as a faith system akin to Cotton Mather’s Puritanism. My avatar is actually a headshot of Cotton Mather from the 1977 Marvel Team-Up comic featuring Spider-Man, Scarlet Witch, and Cotton Mather as a super-villain. In another life I was an early American literature Ph.D. student, so the marriage of biblical exegesis, fear mongering, and bullshitting comes easy.

And that’s just the first question! Blown away? I knew that you would be. Read the rest here. Special thanks to Steve Wheeler for pushing me to try and frame my work more broadly, and helping me mentally prepare for the bava’s European Invasion: “The EDUPUNK to ds106” tour to a sold out edtech conference filled with slightly more sophisticated conference chicken! 🙂  #4life

4 Responses to “From EDUPUNK to ds106” Interview