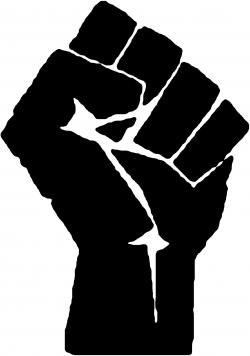 The work I’ve been part of with Domain of One’s Own encouraging faculty and students to get their own domain and web hosting has a pretty long history that pre-dates my time at UMW. Almost twelve years ago now, my friend Zach Davis turned me on to the world of commodity web hosting.* He spun up a server and encouraged me—and a bunch of his friend around the country—to get a domain. What’s more, he helped us point those domains to his server and gave a bunch of us cPanel accounts so we could actually use it. He created a hosting co-operative, similar to what Tim Owens did with Hippie Hosting two years ago, and what we’re doing together with Reclaim Hosting.  I had no idea how important that offer of a domain and web hosting would be to my career more than a decade later.

When I talk about web hosting in regards to a platform for understanding of how the web works,  I speak from experience. The technical stuff has never been intuitive for me, I’ve spent a lot of time trying to grok how domains, servers, code, databases, etc. work together to make the web. I’m still struggling with that, and the work with WordPress and other open source applications on a LAMP server stack has proven invaluable for wrapping my head around this stuff.

So, why the nostaglic look back in time? Because for near on twleve years I have remained hosted with Zach. I spent years on the hosting co-operative he started, and then moved with him to Cast Iron Coding‘s servers, which is his successful Portland-based business. He’s provided a home on his servers for all my web work, not to mention ongoing advice and support for my experiments with WordPress over the years. Zach’s been a huge influence and inspiration for the work I’ve done up and until now, and while he’s ready to kick my ass out the door of Cast Iron Coding’s servers—I’m a little sad to go. I consider myself a loyal person.

That said, I guess it was high time I move all my web stuff to the bitchin’ hosting company that I’m helping to run. Tim Owens has Reclaim Hosting running like a top, and with the new backup system—just to name one recent feature—I’d be crazy not to move. I see the role of Reclaim Hosting as similar to what Zach did for many of us back in the early oughts, we’re providing as many faculty and students as possible with a hands-on platform for understanding of how the web works.

I’m now officially a reclaimer, and all my domains are finally off Godaddy. It’s almost like I am getting my digital life in order, and it feels pretty damn good!

*Zach also turned me onto instructional technology while I was at CUNY, and introduced me to Downes’s the OL Daily.

3 Responses to I’m a Reclaimer Now