Indemnity Only and Hardboiled Feminism 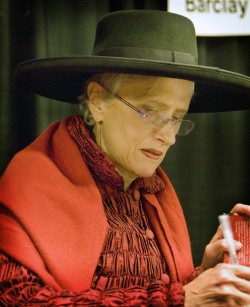 I couldn’t get this post up sooner because I went offline for a long Thanksgiving weekend, but I feel compelled to share out the class discussion of Sara Paretsky’s Indemnity Only before I started talking about James Ellroy’s The Black Dahlia.

The continuation of our discussion of Sara Paretsky’s Indemnity Only (you can find the audio and context for the first part of the discussion here) last Tuesday centered around how we might understand Indemnity Only as a feminist text within the context of detective fiction. GNA brought up some excellent points about just this idea in her comments on the first discussion about V. I. Warshawski, and by extension Paratesky:

Unfamiliar with this author’s work, I wonder how her own gender liberates (or restrains, impacts) her to make her hard-boiled female protagonist more or less feminine. Is the protagonist a feminine character? Or is she a hard-boiled detective with a vagina? Does she have to be different in gendered ways to achieve success?

To seek clues to the answers to my questions I followed the Wikipedia link provided in this post and then found the Gale Biography in Context page for Paretsky which states:

“Warshawski is a feminist, her view of the world honed by experiences with an underground abortion referral service, civil rights freedom marches, and a stint in the public defender’s office; as a private investigator she continues her work for women, for equality, and for fairness. Her targets in each of the novels are entrenched social institutions, secure in their power and privilege.”

This comment addresses the protagonist and not the author. Or does it? Could a female writer birth and nurture a female protagonist through a hard-boiled scape, across time without embedding herself within the character?

Further, and not least, could Paretsky’s own feminism and pro-social agenda be laid out and evidenced by her long-term commitment to a single character, one she has made iconic within the genre? Is V.I. Warshawski Paretsky’s manifesto?

Brilliant questions for someone who hasn’t even read the text yet! I can’t imagine what insanity would be unleashed once she has 🙂 But for me these are crucial issues brilliantly articulate and they served as the topic of conversation for out class a week ago.  You can find the audio below, but unfortunately the last 15-20 minutes was cut off due to my computer’s battery running out of juice. We stop right around the discussion of second wave versus third wave feminisms, and the entire class was free range fun. We spent most of the time talking about Feminism, the Equal Rights Amendment, National Organization for Women,  contemporary women’s movements, Pussy Riot, and the 80s—which I always love to reminisce about with a group of students born after 1993. Enjoy!

This entry was posted in Hardboiled and tagged feminsim, hardboiled, Indemnity Only, Sara Paretsky, V.I. Washshawski. Bookmark the permalink.