A shot Paul Bond captured from episode 4 of The Wire, “Old Cases,” highlights the corporate institutional spaces much of the police work revolves around in this season. In his commentary for episode 1 of the season, David Simon refers to the office furniture as more akin to an insurance office than an old school police department. Unlike the reassuring heavy wood furniture reminiscent of Barney Miller, the furniture in police headquarters is alienating and impersonal (although the detail’s basement office begins to take on the feel of another era, when they actually did police work?). The set design reinforces a broader shift in the culture. Thinking about Simon’s comment about insurance agencies reminded me of Billy Wilder’s classic noir Double Indemnity (1944). 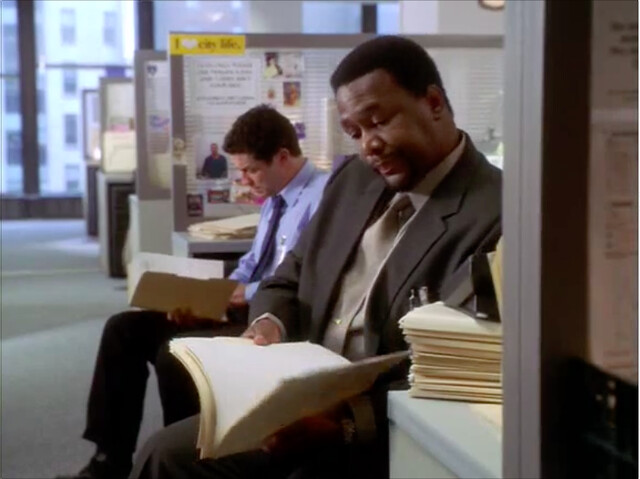 The murder in Double Indemnity was investigated by an insurance agency, rather than a police department. It’s as if the vision Wilder had in the 1940s had become a reality fifty years later. Police departments being run by numbers and margins much like insurance agencies, and Keyes discussion of statistics in the following scene of Double Indemnity might be a sign of things to come for police work with CompStat:

The alienation at the heart of one of Double Indemnity is everywhere apparent in the design of the modern institutional spaces, not unlike The Wire. James Naremore’s book More than Night isolates the offices and locations of this film to discuss the “industrialized dehumanization” at work in the culture at large:

Wilder frames the dehumanizing design of industrial capitalism in 1940s Los Angeles through bowling alleys and grocery stores—massification of the moment. 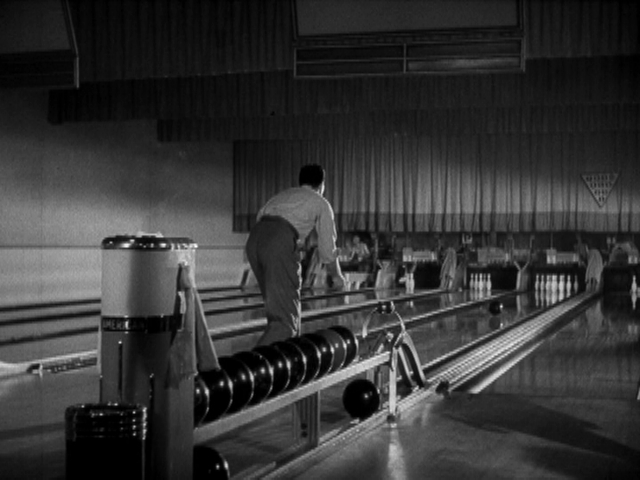 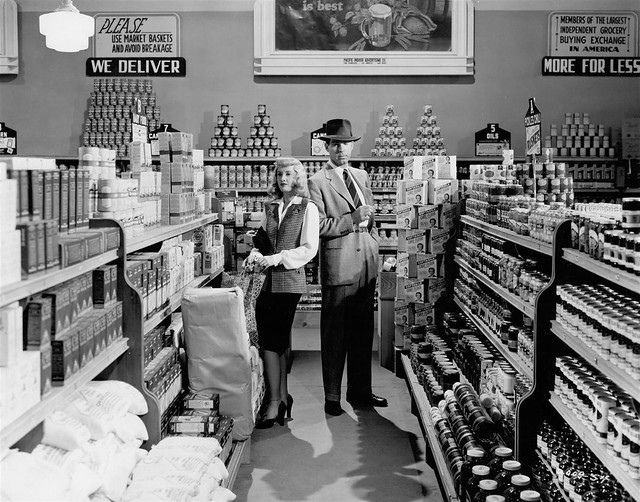 The Wire similarly explores the dehumanizing design of post-industrial capitalism in contemporary Baltimore through a sterile police department. But what’s also striking in this series are the cuts from the pit and the project towers to the power elite. The show constantly reinforces how deeply divided the haves and have-nots are in the city, and the following shot is an excellent example of just that from episode 4. The following scene takes you from the pit directly into Judge Phelan’s office by way of a nice angle that shows you, as the episode epigraph notes, there’s a thin line between heaven and here.

This entry was posted in digital storytelling and tagged ds106, hardboiled, noir, the wire, wire106. Bookmark the permalink.