Zoom’s privacy record has been spotty at best for a while now, but recent news pointing to their shutting down activist’s accounts at the behest of the Chinese government is yet another reason to think twice before using that video conferencing service. As Zoom has taken pole position in the edtech industry along side the learning management system as schools seem unable to imagine teaching asynchronously, the idea of an open source alternative to Zoom seems welcome. BigBlueButton is an existing option that folks at the OpenETC use and seem quite happy with. Another I’ve heard a lot about more recently is Jitsi Meet, and it just so happens that Reclaim Cloud has a one-click installer for Jitsi so I spun one up for myself.

Blurring the background for that 3-D motion effect

Not only is Jitsi encrypted end-to-end, but it is also as intuitive and seamless as Zoom. It allows screen sharing, in-app sharing of YouTube videos, chat, hand raising, and full screen or tile view. 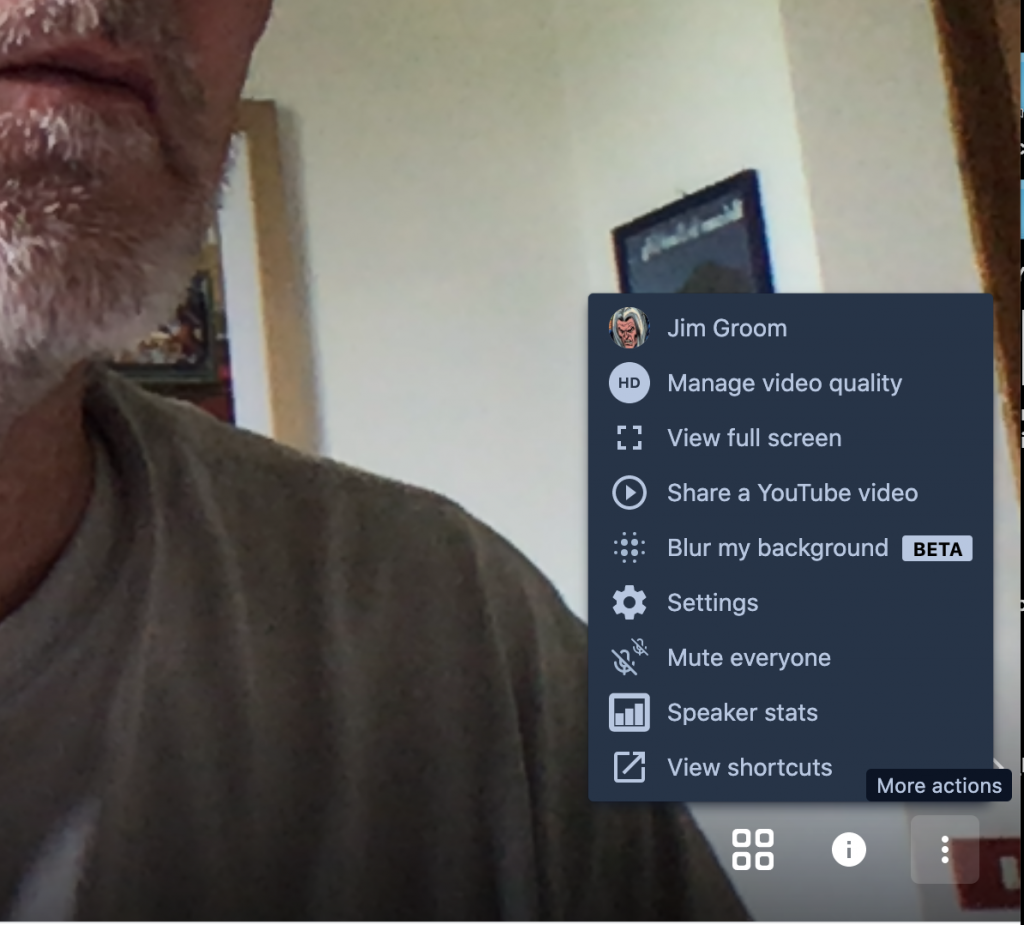 There are also speaker stats for clocking who talked for how long, as well as bandwidth indicators for each participant in order to help identify where any connection issues are originating. 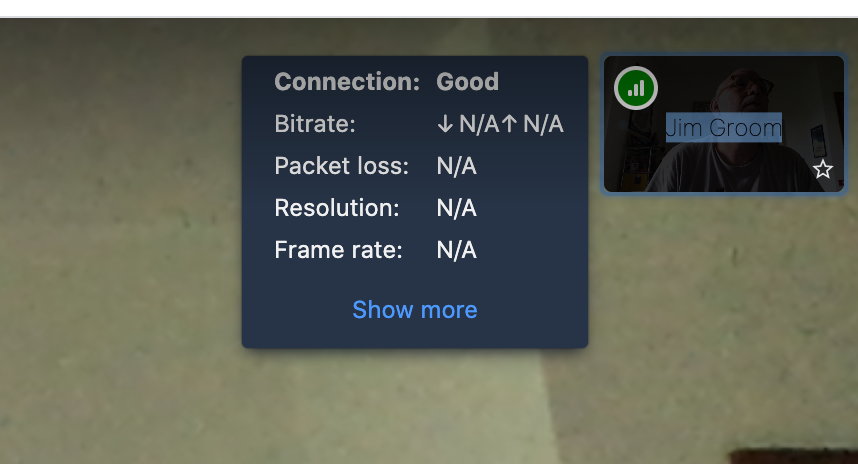 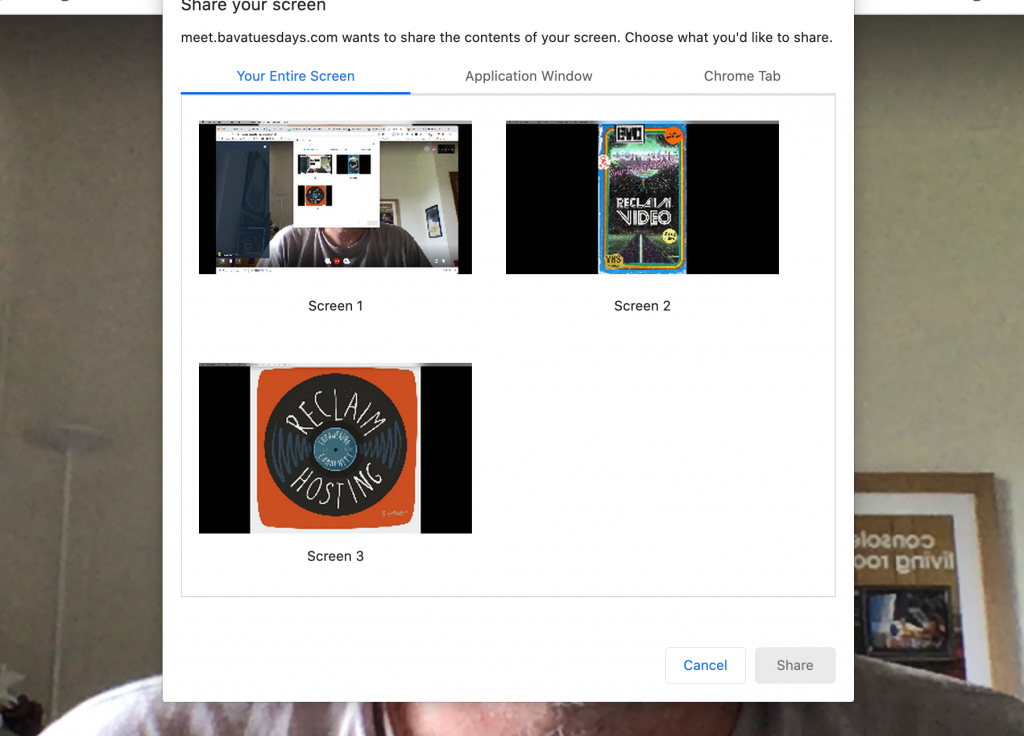 There are also integrations with other applications, such as for communal editing of documents in Etherpad or connecting your Google calendar: 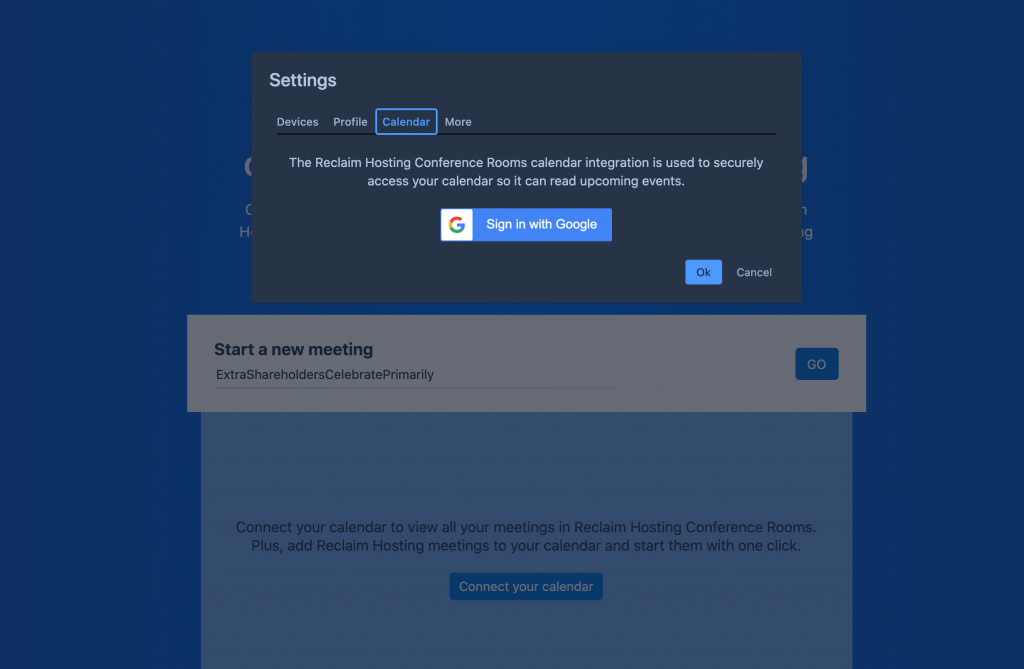 Rooms you create on the fly can quickly be secured by the host with a password to prevent Zoom-bombing, and as host you can set these parameters much like in Zoom. 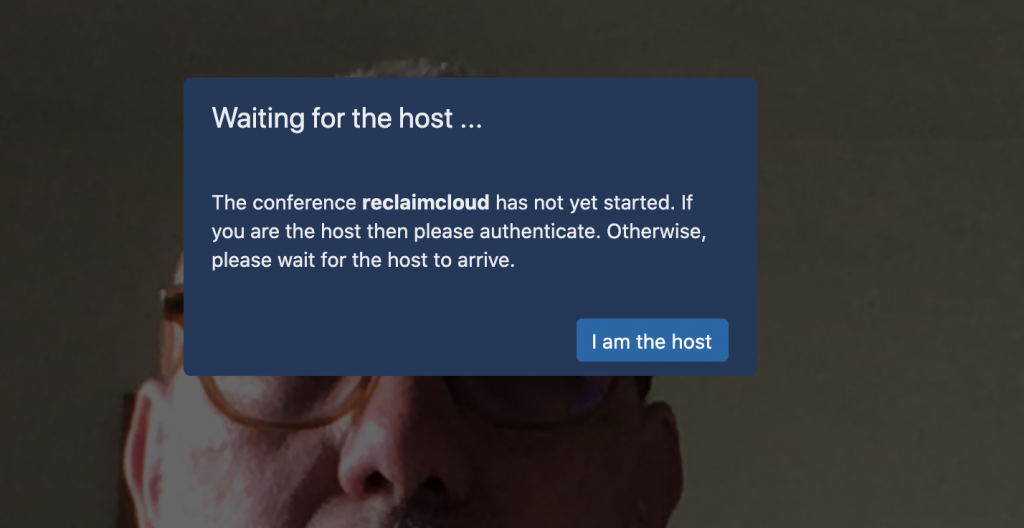 Over the past two weeks we have used Jitsi internally at Reclaim Hosting and it has been seamless. We’ve had no issues with groups of 7 or 8, and one-click install in Reclaim Cloud can support up to 75 users, but if more spaces are needed the instance can be vertically scaled.*

Also, it is worth noting I was able to map the instance on a custom domain, and I now have yet another tool within the complex of my Domain that I can use as needed. Pretty slick.

One thing that is not possible with Jitsi on Reclaim Cloud just yet is recording the sessions within the instance. That is something we are currently exploring, and once that is possible I will be hard pressed to see the advantages of Zoom over Jitsi in any regard.

*Jitsi scales resources up and down based on usage (think of scaling light using a light dimmer) which means you only pay for what you use. What’s more, you can also turn off the instance when it’s not in use to save even more on resource usage, which is true of any application on Reclaim Cloud. Even when idle applications like Jitsi use a certain amount of server resources (what are termed Cloudlets), so turning off the instance until next usage is like turning off the lights in a room you won’t be occupying for a while to save energy and money.

4 Responses to Jitsi on Reclaim Cloud