I was on a roll blogging for a bit in September, and for me that is always a sign that I’m getting back into a work groove. But extended grooves have been harder for me this year given travel. I’m a creature of habit, and travel tends to disrupt my daily rhythms. That said, I travelled pretty regularly since 2007 (although not as much as this year where I will have spent more than 3 months on the road) and still have gotten an average of 250 posts published every year. But for some reason with each passing year the effects of travel on my psyche seem to be more disruptive. It’s hard for me to return to the blog after having been away.

But I guess I am wondering if it’s not so much the travel as the fact that I am in the novel situation of feeling both comfortable and happy. A fair amount of my writing on this blog since the very beginning was fueled in part by gut reactions, vocational desperation, and a healthy dose of imbuing some fun into a generally lifeless field. But things have changed since then, I feel grounded in a foreign country* where I’m lucky enough to spend the other 9 travel-free months of the year. Luckily my kids are not yet old enough that I have started to regret not spending more time with them, and the last two years have begun to make up for some of what I missed when I was obsessed with work. 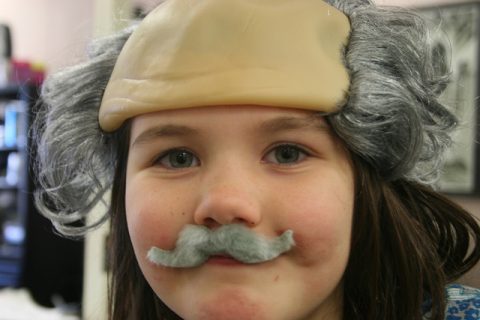 I joke about it sometimes, but in 2010, 2011, and 2012 ds106 was as an all-consuming enterprise. It was everything to me for a few years, and in some ways that process fucked a bit with my sense of self. In retrospect Dr. Oblivion seems an appropriate alter-ego for that period, a figure that aspired to symbolize transformative teaching and learning on the web, but also represented the concomitant crisis of identity and presence that haunts me (and I imagine many others). 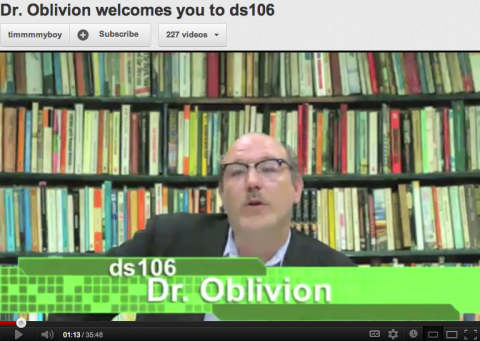 It seems like a lifetime since Oblivion. That 5 week Summer course ended with me supine in my wood paneled basement for 2 days suffering from what I would later learn was an asthma attack due to smoking. I soon after quit cigarettes for good, and two years after that finally stopped drinking alcohol, which was long overdue. In other words, I tried to clean up my pathetic act as I stumbled into my forties. As I have mentioned from time-to-time already (and if you put up with me on Instagram it’s annoyingly apparent), over the last year I started exercising regularly, which has taken the form of hiking the beautiful mountains that everywhere surround me in Trentino.

I guess what I’m trying to get at in this rather wayward post is whether part of my struggle with blogging this last year or two has as much to do with my being happy as it does with my being on the road. I’m in a weird position of knowing shit is bad in a lot of places†, while at the same time finally feeling I have some of my personal demons at bay (if only temporarily). I find myself happy and content in a world that seems entirely out of joint—a dissonance that harrows me daily. I understand I am conflating my personal life with geo-political events beyond my control, but the intersection of the two has made me feel a bit paralyzed. And to be clear I’m not so much looking for advice or any additional guilt (I can take care of those), but simply trying to blog myself through a strangely satisfying malaise of purpose—if that makes any sense at all.

†My mind immediately turns to the folks in Puerto Rico who are needlessly suffering at this very moment under the cruel imperial rule of the US.

This entry was posted in digital identity and tagged oblivion. Bookmark the permalink.