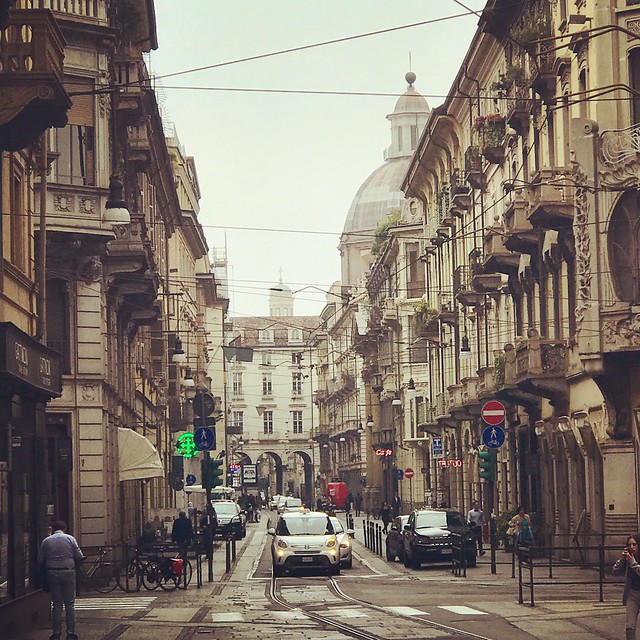 A little over two weeks ago I ventured to nearby Torino, Italy for the final two days of a week-long training event that is part of the OpenMed initiative. What’s OpenMed, well I am glad you asked:

Five partners from Europe and nine from South Mediterranean Countries are working together to widening participation and adoption of Open Educational Resources (OER) and Open Educational Practices (OEP) as a bottom-up approach to support the modernisation of the Higher Education sector in Morocco, Palestine, Egypt and Jordan.

It was an interesting get together to say the least. There were over 80 faculty and administrators from universities all over Northern African and the Middle East, and it was cool to hear their unique contexts. Some were serving as many as 250,000 students (insane), while others depended directly on creating their own textbooks for at least part of their livelihood, and still others were pushing forward with a declaration for open. There were both public universities and private universities, and at many of these institutions there was no such thing as tuition. I learned more from casual conversations that offered a glimpse into the world of their various universities than they could have possibly gotten from my talk. When I arrived that first day I felt utterly unprepared to talk to this group. I was fortunate enough to spend the afternoon in a session wherein various faculty highlighted how they envisioned incorporating “open” into their classrooms. There was some great stuff.

One of the things that I found compelling was a business professor from Palestine teaches her students about the Palestine Exchange, but all the open resources are geared towards the large Western exchange markets. Her vision was to turn her class visits to the Palestine Exchange into a series of educational resources her students will create through video interviews, blog reflections, web resources, etc. I couldn’t help but get excited, seems to me the most important aspect of open is the creative, communal act of a group of students reaching out and doing the work. I do greatly enjoy sitting around talking about possibilities for making courses more compelling by integrating small acts of open.

Additionally, I was really blown away by the workshop Daniel Villar-Onrubio led using the Image Collector SPLOT. What better way to highlight how to commit small acts of open than with a simple publishing tool. The workshop was spent highlighting how to use the tool by encouraging the 80+ participants to upload images and create a repository specific to the here and now of the OpenMed event.* It was a huge success, and it included all the usual discussions of licensing, re-use, and sharing, but thanks to the SPLOT they had an immediacy and shared purpose that didn’t seem doctrinaire or preachy. It was a masterful workshop.

I provided the presentation on the final day, with the idea of thinking outside the fairly narrow definition of OERs as a series of textbooks and licenses. My talk was not as sharp as it could have been. I had the right metaphor, but my timing and delivery was a bit off. It was a brand new talk framed around the idea of a Mediterranean Diet of Open Edtech, and as I tweeted soon after the talk:

It had potential. But I could have fone more with the analogy. May need to revisit and give @digisim @cogdig and @ammienoot proper credit https://t.co/HDq9nahL7g

I do think I got across my major points: use the open web as your platform, resist the urge to reduce open to a cost-saving textbook, and small tools are beautiful (SPLOTS, blogs, etc.). As always though, I ranged widely, but that is what keeps it fun.  Special thanks to Cristina Setfanelli and Fabio Nascimbeni for having me at this event, it was great to catch up with Daniel and Katherine Wimpenny from the Coventry Disruptive Media Lab (although Katherine has since moved to a new research group at Coventry). 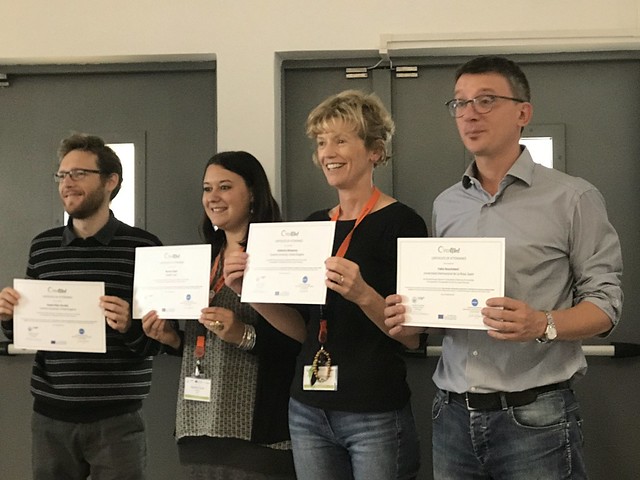 I personally appreciate these gatherings because I get a look inside how Europeans are trying to build bridges and create connections with the Southern Mediterranean countries. It’s also nice to feel a bit more connected to the edtech world in Europe, and thanks to Fabio Italy more specifically. Fabio is awesome, and I really hope to work more with him over the coming years here in Italy. He has a great way about him, and his understanding of policy and how things work and what needs to get done are impressive. And watching him and Cristina Stefanelli works with the various parties at OpenMed to try and map out a localized strategy for open was eye-opening. Cristina appeared an organizational mastermind, and the tenor and quality of the OpenMed event spoke volumes to that. It was a fun event for many reasons, not least of which to see a possible path for me to try and embed myself a bit more deeply in the European edtech world. But damn i have a lot to learn, including the Italian language!

* Turns out Daniel just moved the repository to the OpenMed site here: http://oercollector.openmedproject.eu/ It is so beautiful!