I’m not really good enough at making GIFs to be a snob, but for the last four years I’ve pushed the process of making GIFs with a combination of a lightweight video editing tool like MPEG Streamclip to edit and export the video clip as stills and an image editing program like GIMP, Photoshop, etc. to actually make it. What’s more, this process assumes you’ve already ripped or downloaded the video from a DVD or YouTube. I’ve been so sold on this method I wrote a tutorial a number of years ago that somewhat codified the process for ds106 (at least with free and open tools like GIMP).  Wanna make a GIF? Embrace it…fear it!

Don’t get me wrong, I am still a fan of GIMP and Streamclip for GIFs, although noir106er Amy Fangella’s brilliant tutorial for making GIFs for #ds106 she published today illustrates there are many ways to skin the GIF cat. [As an aside, Amy’s post is as much a way of understanding her ds106 experience through the GIF, as it is a tutorial—and it’s reflections on how we learn through these forms that are the true gold of that course.] But when Michael Branson Smith came to UMW a couple of weeks ago to lay down some GIF magic (more on that Special Presentation in a blog post coming soon), he turned Zach Whalen and I on to IMGUR’s Video to GIF—a SPLOT-like feature of this image service. And let me tell you, it is very, very slick. 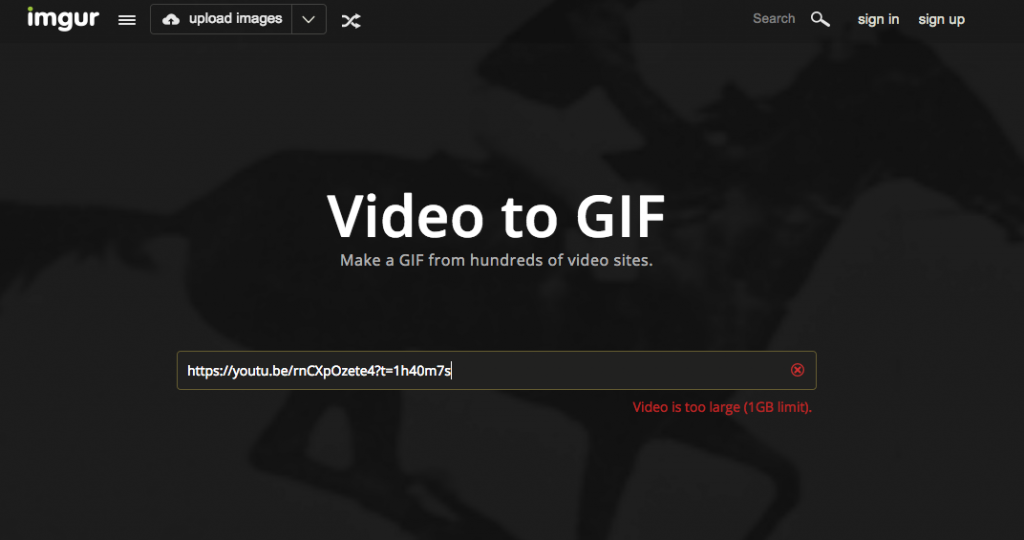 It allows you to copy and paste the URL of a video hosted online (although the video has to be less than 1 GB), and provides a dead simple way to grab the scene and make a GIF using YouTube, Vimeo, your own uploaded video, etc. No downloading, no GIMP, no Photoshop, no nothing! 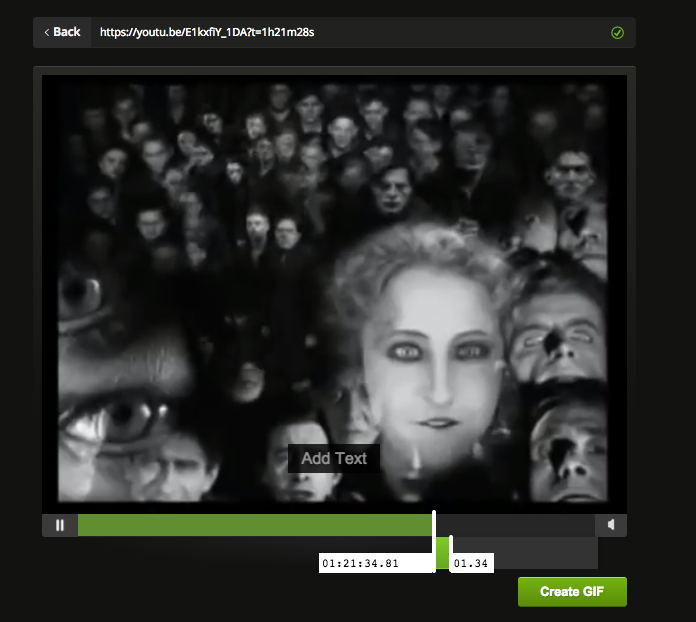 As you can see from the screenshot above, you just drag the editor to the in and out points of that video, and it will automatically create an animated image of the selection. It obviously can’t do the finer GIF work that requires timing, masking, etc. But for quick and dirty, it’s quite impressive. 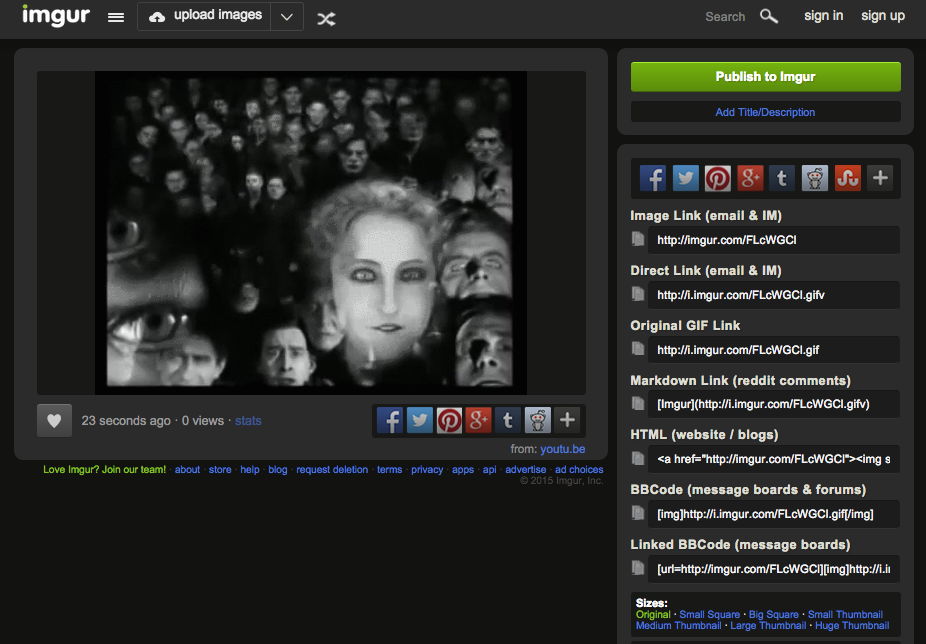 What’s more, it gives you the GIF in a number of ways: HTML, Markdown, GIF link, GIF video, etc. While I think getting into a more robust image editor and understanding the art of the GIF can be valuable on many levels, it’s hard to argue with the fast, free, and out of control possibilities of IMGUR’s Video to GIF tool when you are trying to turn people on to the art of the GIF.

7 Responses to Making GIFs with IMGUR