I have a migrated a couple of Known installations at Reclaim Hosting over the last week or so. While doing them I ran into some issues and want there to be some documentation for us at Reclaim—and beyond—in the event other folks have similar problems. Anyway, the hosted versions of Known provide tools for exporting and importing your application to an XML file similar to the WordPress exporter. That said, it wasn’t working for me. I was trying to use the WP importer Known provides to import the export from Known to no avail.

Luckily, Ben Werdmüller got me a database and backup of the uploads file lickety split. And my tutorial picks up from there….

To begin with I installed Known in the directory where I wanted it to live with our Installatron application installer. 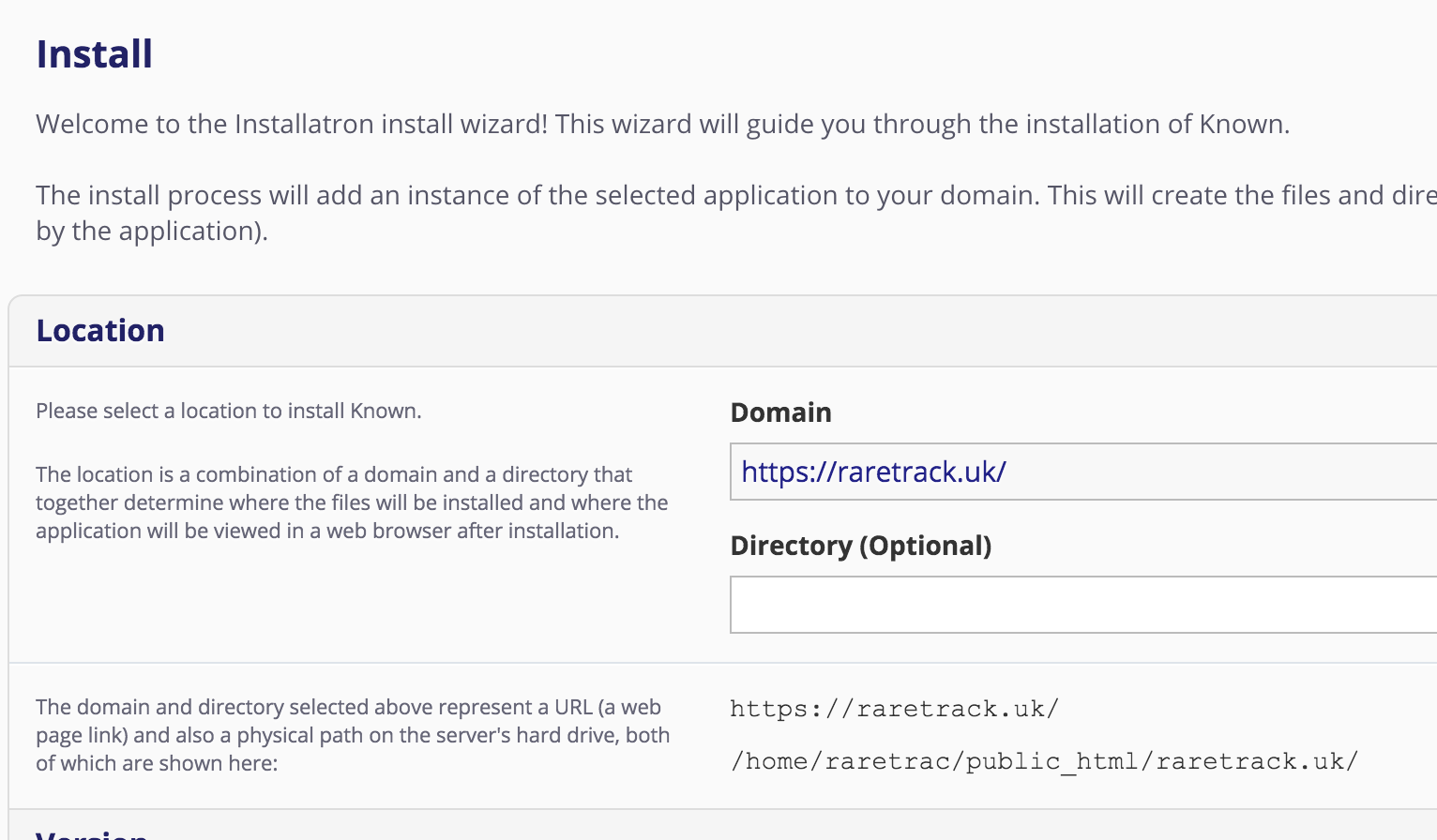 I didn’t do any of the setup for Known though. Rather, using my favorite text editor I made sure to do a find and replace in the SQL export file Ben sent me, replacing all the instances of the old URL with the new one. 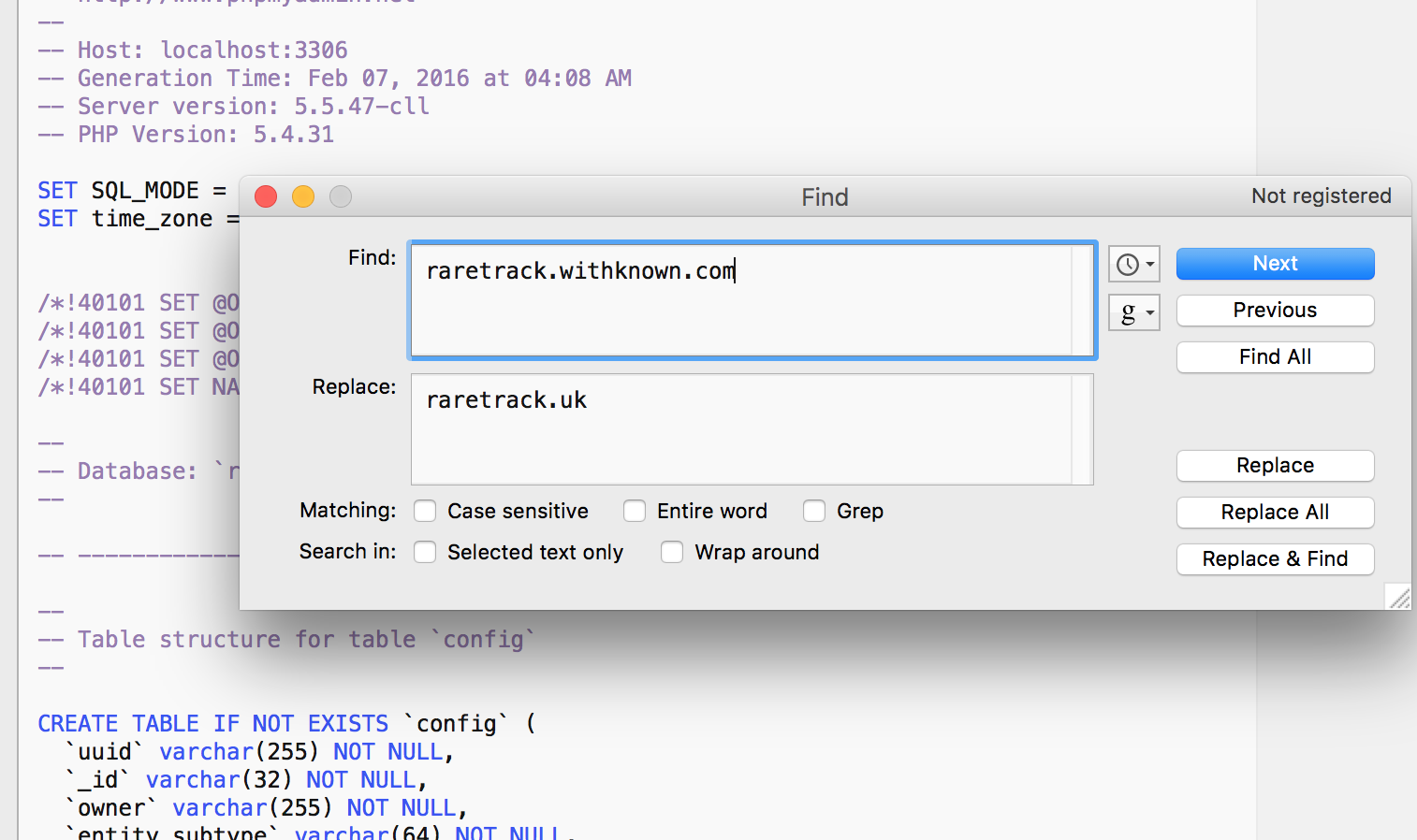 After that I saved the export file. From there I went to phpMyAdmin and drop all the tables of the Known instance I just installed. 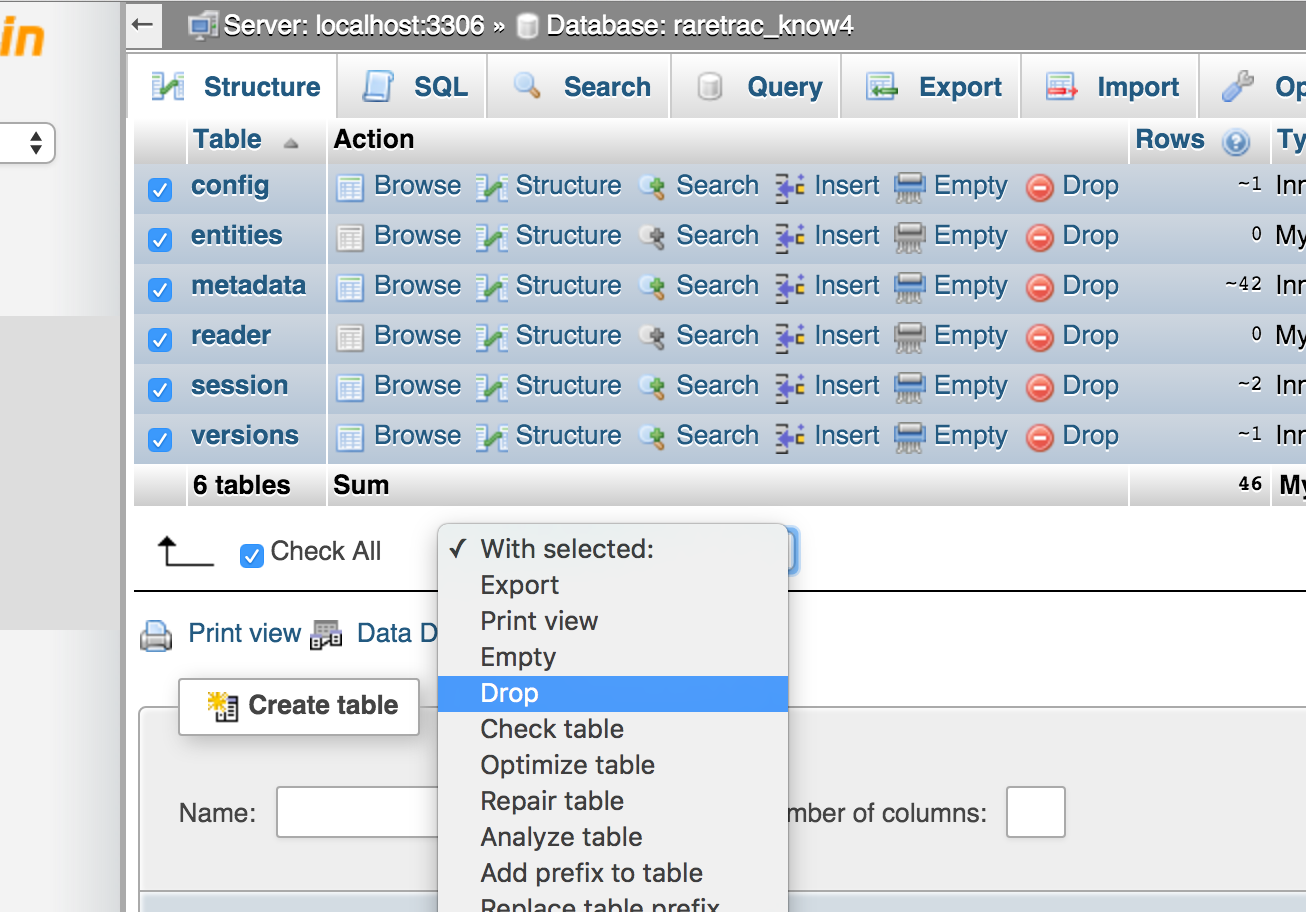 Dropping all tables of installed Known in phpMYAdmin

After that, I imported the SQL file that I had just done the find and replace on. One of the issues I ran into immediately after this was that the SQL database Ben send actually had blobs (this is a technical database term!) with all the content, but they were unreadable by the application in the form they had been exported. In this event, I had to do a custom export of the database I just imported: 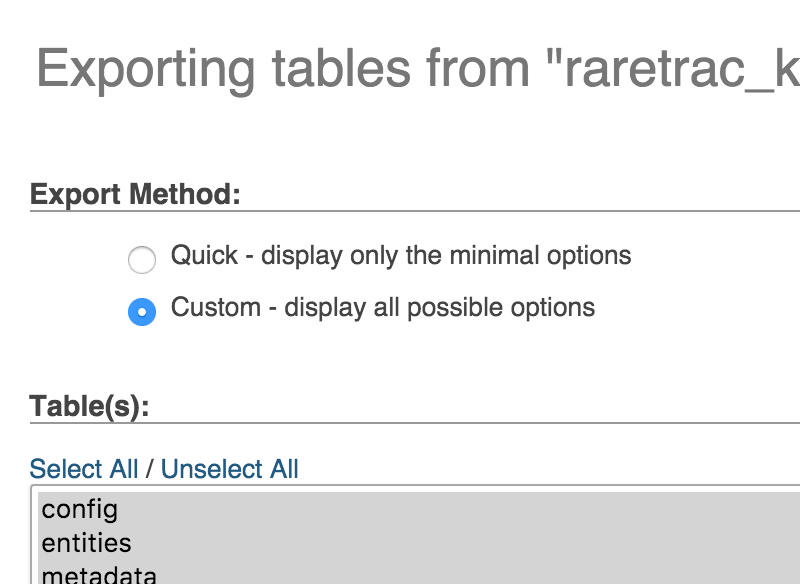 For this custom export you need to make sure the “Dump binary columns in hexadecimal notation” is unchecked. This was the issue I ran into.

Make sure the “Dump binary columns in hexadecimal notation” is unchecked

After this you would drop the database tables again and reimport the SQL file and all should be good. The final step for me was uploading the zipped uploads folder to the Uploads directory and extracting it in File Manager. Also, be sure to rename the directory you uploaded from the previous directory to the new directory. For example, raretrack.withknown.com becomes raretrack.uk. 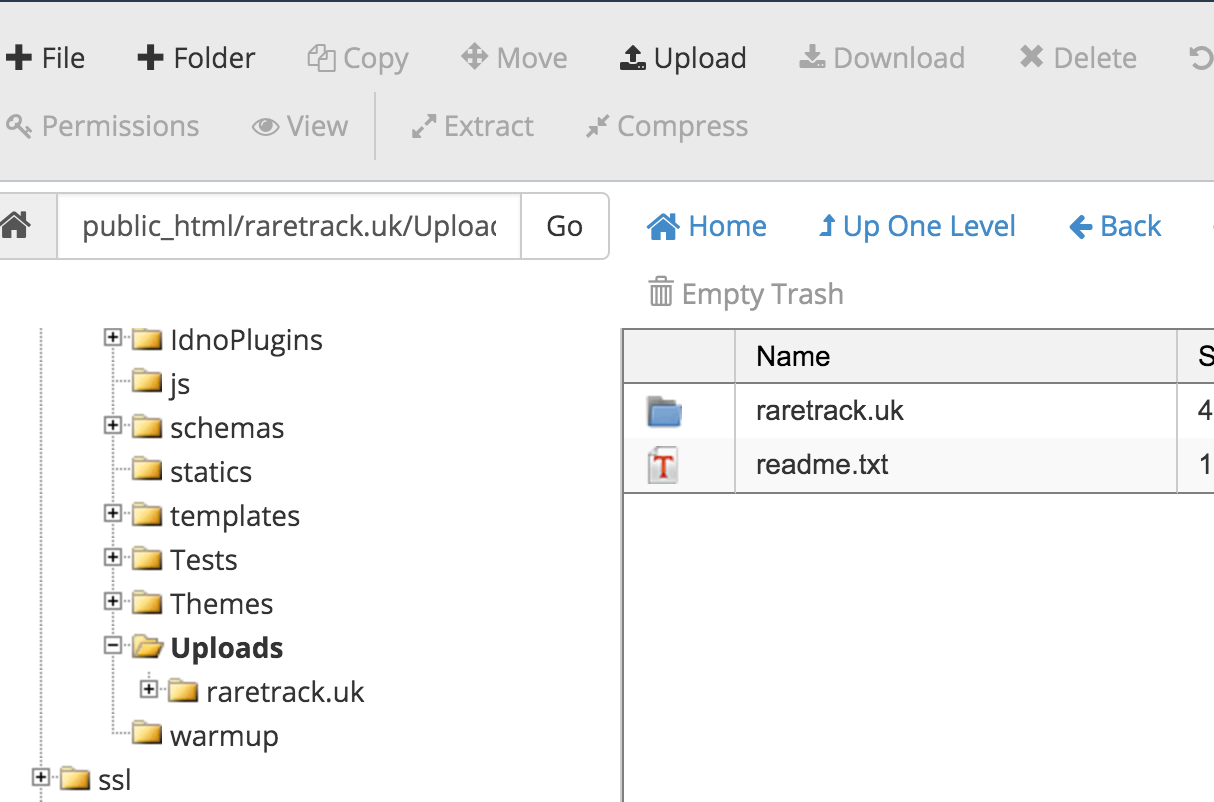 After that, your site should be working seamlessly. 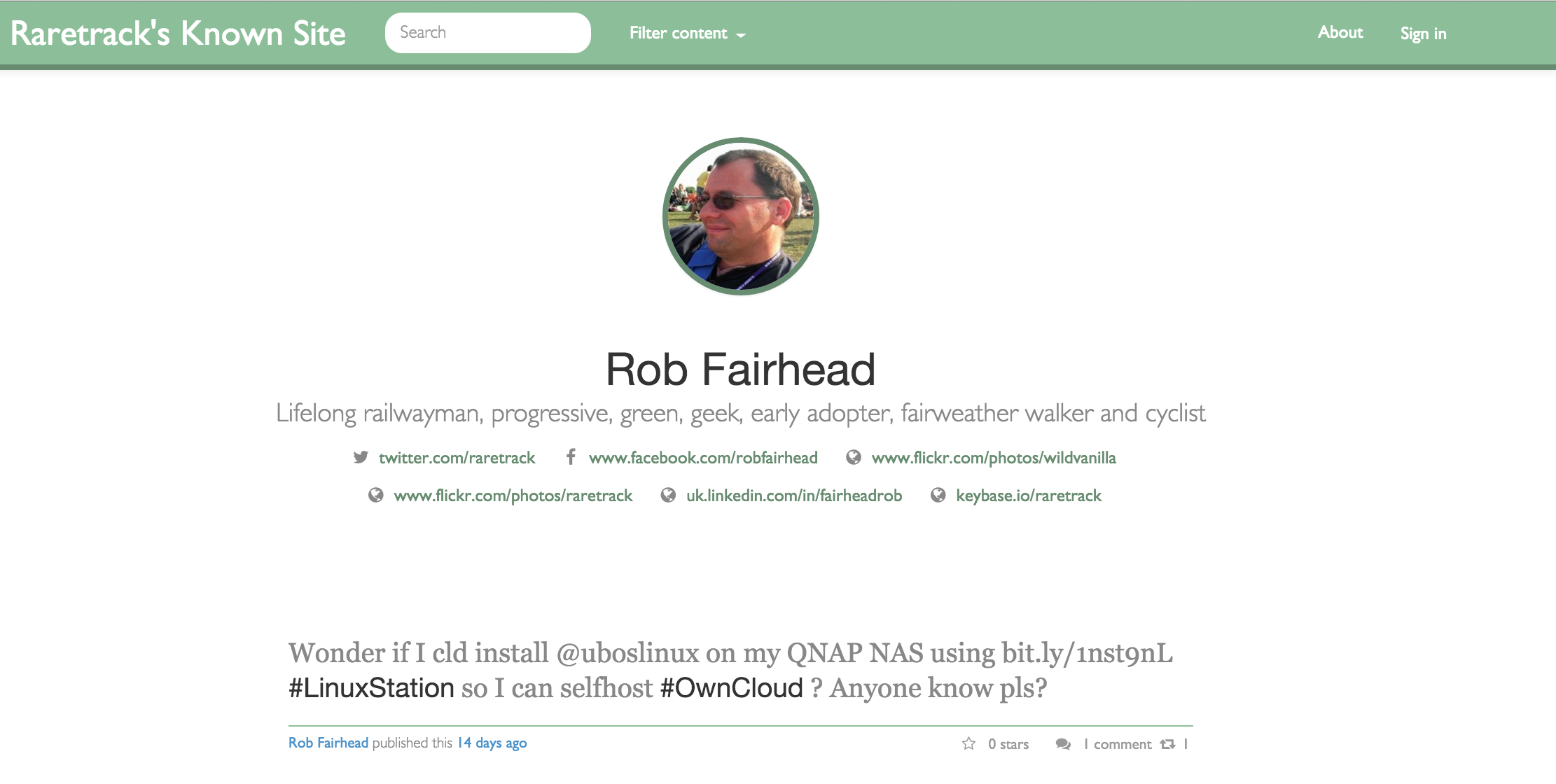 This entry was posted in Known, reclaim and tagged known, reclaim. Bookmark the permalink.