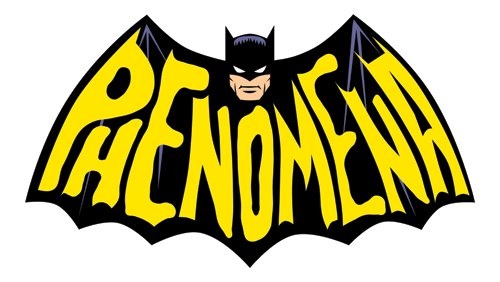 One of the things I have been dying to writing about is the awesome movie experience I had in Barcelona at a brilliant new theater called Phenomena. I’m completely, entirely heads-over-heels in love with the mission driving this cinema: show the best possible prints of the best films from the last five or six decades. Note, I use the word best here loosely. This is a cinema that is premised on 35 MM and 70 MM prints that re-create that unique cinema experience. The programming focuses on an auteurs opus, grindhouse, Italian b-movies, themed double features, etc. It’s like the best of LA theaters without all the traffic. In fact, it reminded me a lot of the New Beverly, just with far more comfortable seats. 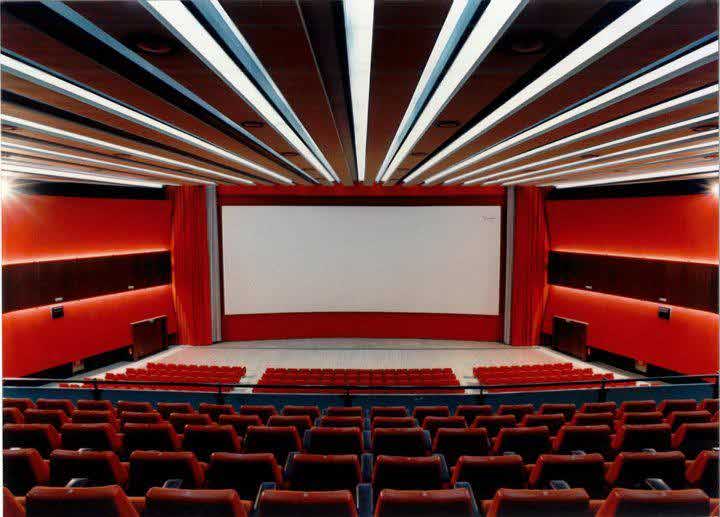 Although the biggest difference between Phenomena and the LA theaters is that many of the films they’re showing in their original formats were never theatrically released in Spain during the 50s, 60s, 70s and 80s. There’s a deep cultural turn and educational impulse to this project, and  the man behind this Phenomena is filmmaker Nacho Cerdá. I have to admit I had no idea who Cerdá was when I came to the theater a couple of weeks ago. I was alerted to the fact that 2001: A Space Odyssey was playing in 70 MM by the great Julià Minguillón Alfonso—I can’t thank him enough for his generosity of time and spirit during my trip. While waiting to meet up with Julià at the theater I was aimlessly walking around the lobby (which has the carpet from The Shining!) 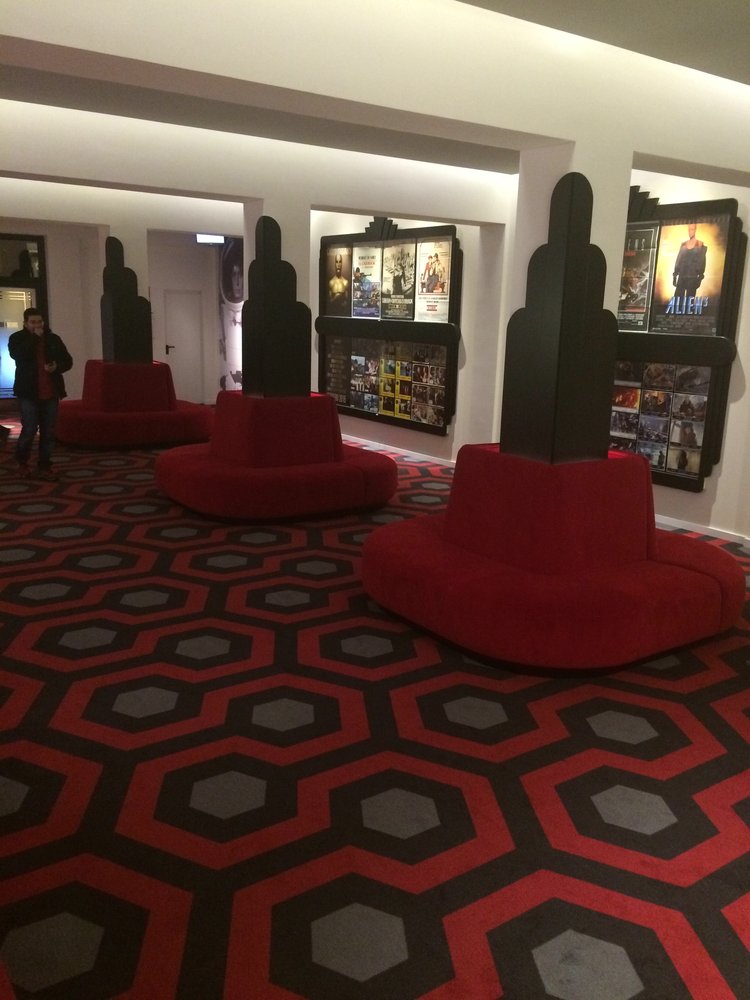 It really pulls the cinema together!

I was greeted by the guy collecting the tickets at the door. He was unbelievably nice, and I think he could sense my lack of any resembling Spanish and bailed me out with fluent english asking me if I had been at the cinema before. I hadn’t, but right away he gave me a lowdown of the beautiful 70 MM print that had been just shipped from LA. His eyes lit up, he didn’t just work at this fine establishment—he was the best kind of film fan. One filled with joy at the very thought of a pristine print of one of his favorite movies. I was immediately sold on the while thing. He told me more about the gorgeous theater and Phenomena’s attempt to reclaim the wonder of the cinema experience, and then he was off to deal with the details a full house demand. I was really impressed by him, but my attention turned to finding my party and getting my hands on some of the affordable popcorn and Coca Cola. 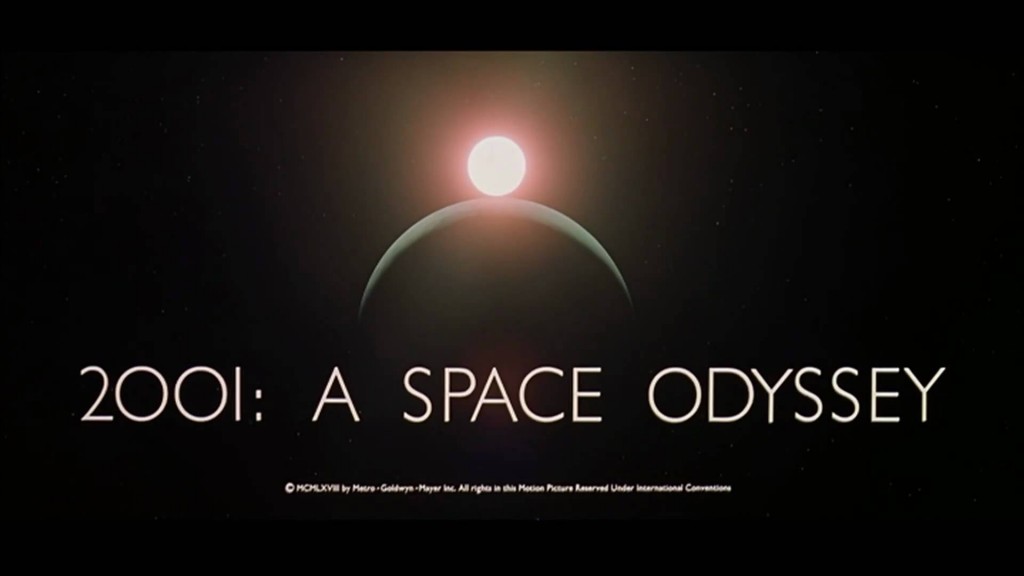 When we finally settled into our seats, that’s when it became clear to me what Phenomena was all about—returning the movie house to a place of magic and learning at once: marrying the sheer joy of the whole experience with intellectual pleasure of understanding its role in shaping our culture, and by extension us. The guy who greeted me in the lobby walked out in front of the audience and greeted everyone. Welcomed them in Spanish. He then went on to talk about the print, the film, and magic of 70 MM (or so I am guessing because I was piecing together the few linguistic clues). Seems he gave me the important bits I needed in english before the show, the consummate host. So the guy in the lobby was the vision and passion behind the theater, that became all too obvious, and when he left, the idea of preserving the experience was immediately apparent. I would try and describe it, but this site dedicated to the film does it far better than I ever could:

The curtain closes. There is an air of anticipation resonating from the audience. There is hardly a sound. Then, the curtain rises again, you expectantly wait for the screen to begin revealing incredible imagery. Instead, the screen remains blank. You first hear a hum and soon, the hum becomes a mysterious blend of instruments – sounding somewhat classical, but with an electronic edge. Members of the audience begin to murmur as some aren’t sure if the music is part of the film or not. Some even wonder if something is wrong with the projector as nothing is shown on the screen.

This is the very unique way 2001: A Space Odyssey begins, at least in a theater. The music is an excerpt from Ligeti’s Atmosphere’s

That a whole element of Kubrick’s intention for the experience that is all but impossible to reproduce in the home theater.

It sets a perfect tone for what is to come. The dark screen and eerie music set up what is going to be an enigmatic storyline. The score consists of highs and lows that are doppler shifted. That is, it sounds like you are speeding along with landmarks whizzing by you. Thus, a journey or odyssey.

All is quiet again. The MGM logo appears, not as a moving, roaring lion, but as a still drawing. Kubrick refused to have the roaring lion interrupt his opening act. He convinced the studio executives to allow him this request. They conceded.

That’s cinema, and gripping experience that is both visceral and deeply intellectual. And by extension that was my experience of Phenomena. When the film came to the intermission, which was observed and folks piled out to smoke, get more popcorn, hit the bathroom, etc., I ran out looking for the proprietor to tell him what  huge fan I was. He was gracious, and simply said something along the lines of, “We’re just doing it the way it should be done.” Amen. I knew the guy who ran Phenomena was awesome at that moment, what I didn’t fully realize is that for the last four or five years this guy, Nacho Cerdá—a horror filmmaker and now cinema proprietor, was garnering a lot of attention for returning the cinematic experience to Spain. 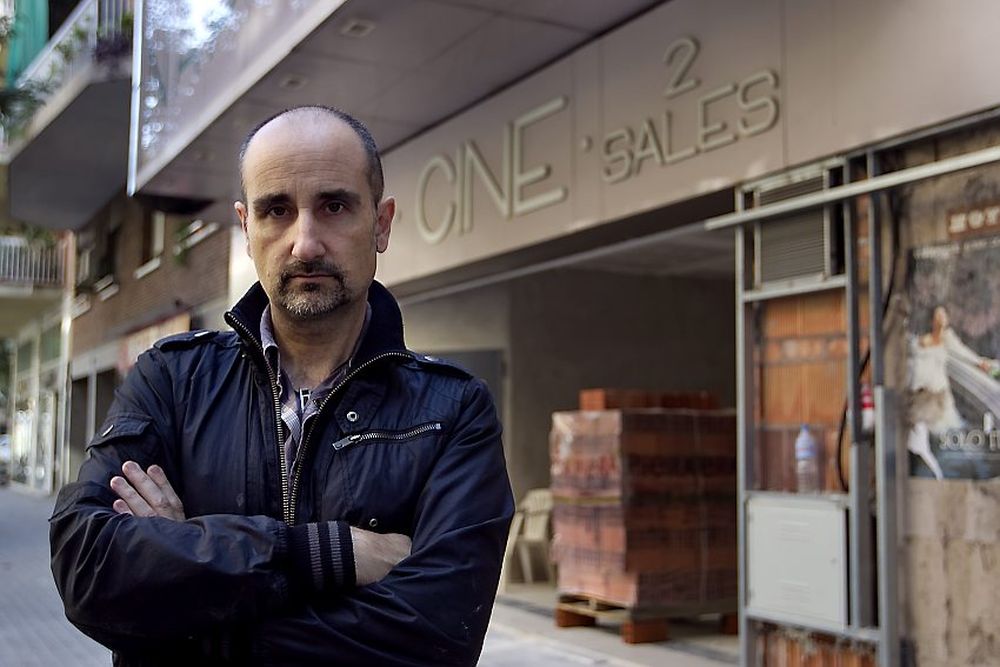 Nacho Cerdá – a hero to me!

While I was preparing to write a quick post about the theater I fell down a rabbit hole of video clips, articles, and interviews featuring the work and thought of Cerdá, and I have to say I am a huge fan. For example, this interview with the folks at Blog de Cine provides some amazing insights into his inspirations, interests, and motivations. I feel a kindred connections to his various inspirations given we are pretty much of the same generation, formative films like Jaws, The Thing, Alien, The Shining, etc. He even gives a shout-out to Mario Bava’s masterpiece Danger: Diabolik. But the meat of the interview is about the reason why he is doing this, to resist the increasingly industrialized and alienated experience of watching movies. To foster an idea of cinema as a unique experience that is not reduced to your BestBuy® home theater system or the ritual gouging when comes to ticket prices or refreshments at the local multiplex. This is just re-enforced by the complete disregard of anything resembling a unique experience in either of these venues when it comes to something like the music at the beginning of 2001 or a recognized intermission at Phenomenon. It’s a contract of good faith between the host and his or her guests. It’s a sense not just of an experience, but more importantly a shared experience amongst hundreds of people in time and space. A movie event! 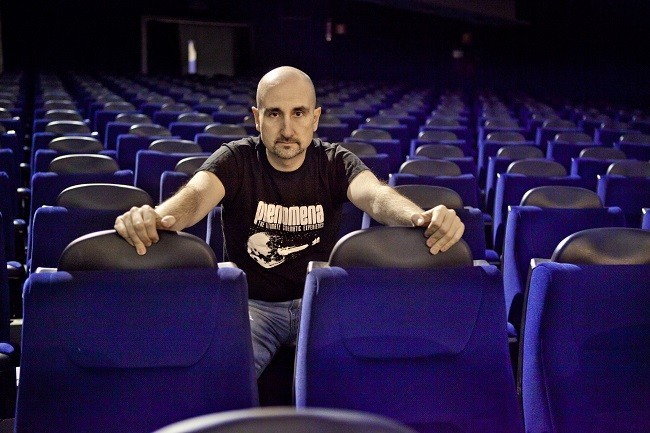 Cerdá says in the interview (which I had Google translate, so I’m sure it can be phrased better) “when it becomes a commodity, then I’ll leave [the] room” referring to Cinesa, competitor that recently started up based on the success of Phenomena that seems to be going for the “affect” of the project without any of the soul. And that’s what it’s hard to understand, sure Cerdá is doing something cool that others want to emulate, but he’s doing it as both an artist, fan and educator. It’s a space to introduce a whole generation of moviegoers to an experience that defined the dominant art medium of the 20th century, and that continues to be the grammar and syntax through which we understand our increasingly mediated world. Cerdá’s providing a social service of the highest order, and it’s my dream to do exactly what he has done for his community in Barcelona and beyond these last four years. I am a BIG FAN!

This entry was posted in movies and tagged 2001, barcelona, mario bava, movies, phenomena. Bookmark the permalink.