On October 25th the Library of Congress, Packard Campus will be showing Dario Argento’s 1972 film Four Flies on Gray Velvet. The following description of this trippy film is taken from Wikipedia: 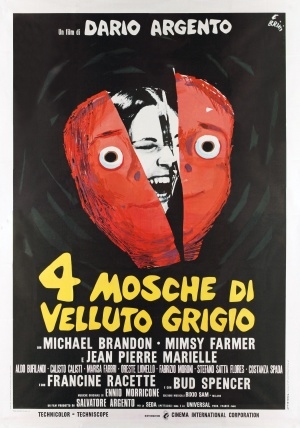 Roberto Tobias (Brandon) is a drummer in a rock band who has noticed a man following him for the last several days. Angered by this, he confronts the stranger in an abandoned theater to find out what he wants. The man claims he does not know what Roberto is talking about, and pulls a switchblade. The two struggle, and Roberto accidentally stabs the man, who falls into an orchestra pit, lifeless. To make matters worse, someone in a bizarre puppet mask has been hiding in the upper wings of the theater and takes incriminating photographs of Roberto holding the bloody knife. Roberto flees, but the next day he receives the dead man’s ID in the mail. It becomes apparent that the masked figure has no interest in going to the police, and instead wants to drive Roberto mad with fear and paranoia. But why?

It’s pretty cool to see Packard Campus busting out some pretty rare, vintage Dario Argento. This film has the “first known instance (in feature films) of following a bullet’s trajectory with high-speed cameras.” Which will be cool to see in 35 MM. I’ve never seen this one in any format, and the reason why is because until fairly recently this film was next to impossible to find on VHS or DVD. Paramount kept it out of circulation until 2009. 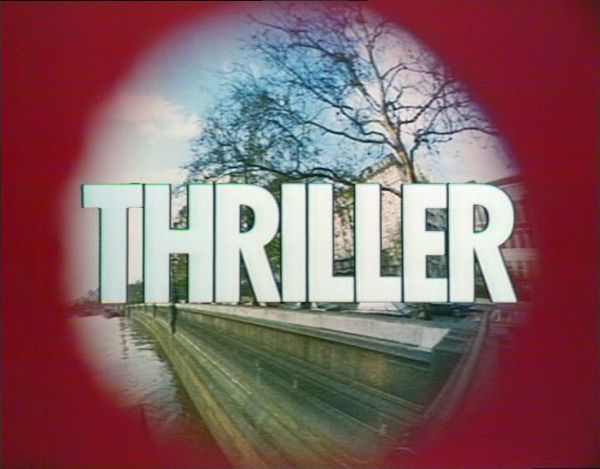 Add to that the screening of the British made-for-TV film series “Thriller”  the night before and I might was well be in LA 🙂 I hadn’t heard of this series until I got the handout when I went to see The Empire Strikes Back last weekend, and it seems like a gem of a series. They’ll be airing two of the episodes on the 24th, so it looks like I might be spending a good part of that weekend in Culpeper at the movies.

Friday, Oct. 24 (7:30 p.m.)
THRILLER (ITV, 1974)
Produced in the UK between 1973 and 1976, “Thriller” was a series of 43 short made-for-TV films, each written by prolific film and TV scribe Brian Clemens. Similar to “Alfred Hitchcock Presents,” the films were later imported into the U.S. for showing as part of ABC’s late-night offering “ABC Wide World of Entertainment.” Since their original airing, the series has developed a loyal cult following due to its inventive plots, clever twists and colorful casting. Two episodes will be shown: “In the Steps of a Dead Man” and “I’m the Girl He Wants to Kill.”
Black & white, 120 minutes

How bizarrely awesome that a print of this rare Italian film and obscure British TV series will be screening in Culpeper, VA. What an awesome little film mecca that town is.