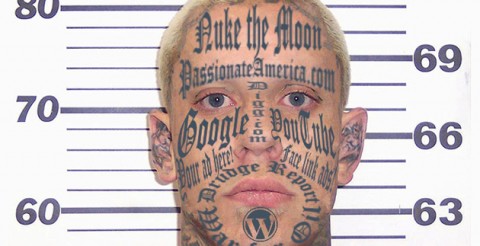 This morning Jon Udell tweeted a quote from this post by Doc Searls:

Branding is jumping the shark now because the Net favors reality over bullshit.

And it’s inline with a lot of how I’ve been thinking about the idea of branding online lately, particularly as it pertains to higher ed. Soon after I retweeted the link, a few folks responded via twitter:

Heidi Hass Gable (@HHG) immediately noted: “Have never felt the need to push it. To me, ur “brand” is a byproduct of your interactions, the impression that u make on ppl…I sometimes need a way to describe that “what ppl say when you’re not in the room” idea…“

And Bonnie Stewart (@cribchronicles) noted, in succession, that

…brands aren’t people, but i think the discourse of the web increasingly posits ppl as brands. not just in corporate sense. The term itself is beginning to be used in more complex ways, as relational…which interests me b/c i’m wary of the corporate carry-over of values into relational sphere.

As I noted on Twitter, I’m sure the term branding is more complex than I give it credit for, but one of my problems with the use of this term more generally, but in education praxis more specifically, is that it predisposes us to approach issues of online identity through a corporate laden lens of trademarks. It tacitly suggests what we’re doing is, as Bonnie notes above, positing people as brands by buying into a fraught corporate vocabulary. Seems to me like branding and reputation is increasingly being conflated, and I’m not sure this relational space can be usefully understood in the same way we buy and sell products. It seems to me in education we should be focusing on having people think, create, and reflect on the trace of themselves online, and essential to that process is examining the implications of creating both a presence and shaping an identity. This process takes time and energy, and depends upon a real investment of one’s self over the time—it can’t simply be bought as a service—and that time and energy is what builds reputation in this space. I think the idea of a individual branding is quite often a post-facto reality others project on someone’s presence after they’ve gone through the work. As D’Arcy Norman noted earlier today: “at a conference recently, someone said that I’d developed a significant ‘brand’ – I was stunned. no. I just do stuff openly. ish.”

The problem with this is that by framing of each of us as a brand in this way suggests that from the beginning one should be working towards building some kind of product that necessarily appeals to others, rather than writing about what you care about and working through a reflective process of being online. And that “being online” is an existential state that most be understood in all its complexity, rather than boiled down to a surface concept of selling one’s self. This is not to say that being online may doesn’t need to appeal to others for it to prove both satisfying and dynamic, but the dehumanizing connotations of such marketing speak as branding as a stand-in for being seems to demonstrate that the dictates of the market are increasingly invading every aspect of our culture, and shaping the language of social interaction—and language is at any given moment a representation of what a culture values—in terms of an economic exchange. That for me is what I ultimately think of when I hear terms like branding, leverage, and synergy when applied to people and relationships in this space, and I guess it isn’t too surprising given how much of the business of social networks right now is an attempt to figure out how to monetize these relationships—so maybe these terms affect me so because my under lying fear that so much of what happening in this space is made possible by the attempts of corporations to make money on our relationships. And framing who we are using terms like brand kind of completes the circle, doesn’t it? It’s like we are all sitting on top of one another in some grocery store shelf (personally, I can be found on the top shelf to the left in the education bloggers section in aisle 12) crying out for attention, hoping the next advertiser or corporate entity will buy us. The languge lends itself to such horrifying dream visions, and I guess that’s what scares me about it.

This entry was posted in digital identity and tagged branding, digital history, presence. Bookmark the permalink.