Paleoconnectivism: The Long History of Edtech 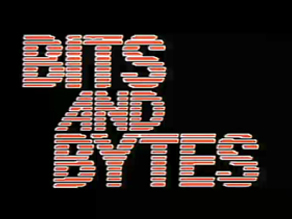 One of the three presentations I was part of at Open Ed this year was “Towards a Paleoconnectivist Reader” with David Kernohan, unfortunately our third co-presenter Brian Lamb couldn’t make the conference—and we missed him dearly. I’m sure David will have a far more insightful and comprehensive post about the presentation, so let me share a few of the videos I used to frame my idea of Paleoconnectivism, which, in short, is that everything new, shiny, and revolutionary when it comes to educational technology has a much longer history. The trends that get promoted as “disruptive” for this field are often packaged as ahistorical concepts, despite the fact they have a long, rich history that you can unearth which just some surface digging. For me, Paleconnectivism is a response to a cultural trend that divorces the current developments in educational technology more broadly from their deeply political, economic, and historical conditions of their existence. This work is probably best demonstrated in recent months by folks like Audrey Watters, Mike Caulfield, and David Kernohan—although there are many, many more.

The one warning I would venture here is that, as David Kernohan suggested during this presentation, if such a theoretical and political approach to the field is undertaken, much of the marginal and liminal possibilities of the work happening in the field becomes part of the academic enclosure. I’m not totally certain whether or not this is a good thing. Which makes the push for publishing books as just this kind of artefact something I’m left to wonder about. Books often seem to be more about having written them, than anything else. And one of the things I loved about this blog is the liberation from that institutional logic of credit, credential, and the fetishization of the book as authority—not to mention the continued privileging of text in higher ed—where’s the diversity?

Anyway, here are my videos, which are all taken from episode twelve of the 1983 Canadian kids show Bits and Bytes.*

Videodiscs: Personalized Learning and the Flipped Classroom as understood the cutting edge digital video technology of 1983.

Telidon: Another example of Paleconnectivism is this videotext/teletext system that provides two-way communication and interactive instruction. A sense of a proto-web that isn’t centralized in a single database. What’s striking is the vocabulary and conceptual space is already there, the technologies often inhabit that vision post-facto.

Browsing: In possibly the most eloquent framing of the bunch, Adele Goldberg describes the vision behind windows and browsing in Smalltalk-80. Interestingly enough, Goldberg’s Wikipedia page tracks the history of this vision of browsing embedded within a corporate context of products.

According to Goldberg, Steve Jobs demanded a demonstration of the Smalltalk System, which she refused to give him. Her superiors eventually ordered her to, at which point she complied, satisfied that the decision to “give away the kitchen sink” to Jobs and his team was then their responsibility.[4] Apple eventually used many of the ideas in the Alto and their implementations as the basis for their Macintosh desktop.

Goldberg also has an amazing bit about why people are afraid of the machine because it’s far too precise and exact. The idea that windows and browsing helps our culture turn the corner when it comes to user-friendly computing.

Finally, I am including the unedited 4 minute montage at the end of this episode that reads like a litany of issues that are unique to our moment, but of course they aren’t. Back in 1983 they were facing almost identical cultural, social, and political challenges we are today in edtech. It drives home the point that 30 years later the basic questions and approaches are anything but new, we are part of a much longer narrative about technologies impact on our culture more broadly.

* I chose this show because it coincided brilliantly with the 1984 book David unearthed which was edited by Tony Bates titled The Role of Technology in Distance Education. Hell, the long history of Tony Bates in edtech is yet another topic of inquiry for Paleconnectivism.

3 Responses to Paleoconnectivism: The Long History of Edtech