I’ve been on a bit of a mission to try and get my digital house in order. I’ve been catching up on uploading and organizing photos on Flickr and I’ve been blogging like its my job. That feels good, but two additional piece that have me pretty excited are a return to a bookmarking service. I’ve been storing my bookmarks in text files since del.icio.us jumped the shark. That has not gone so well, as you can imagine. 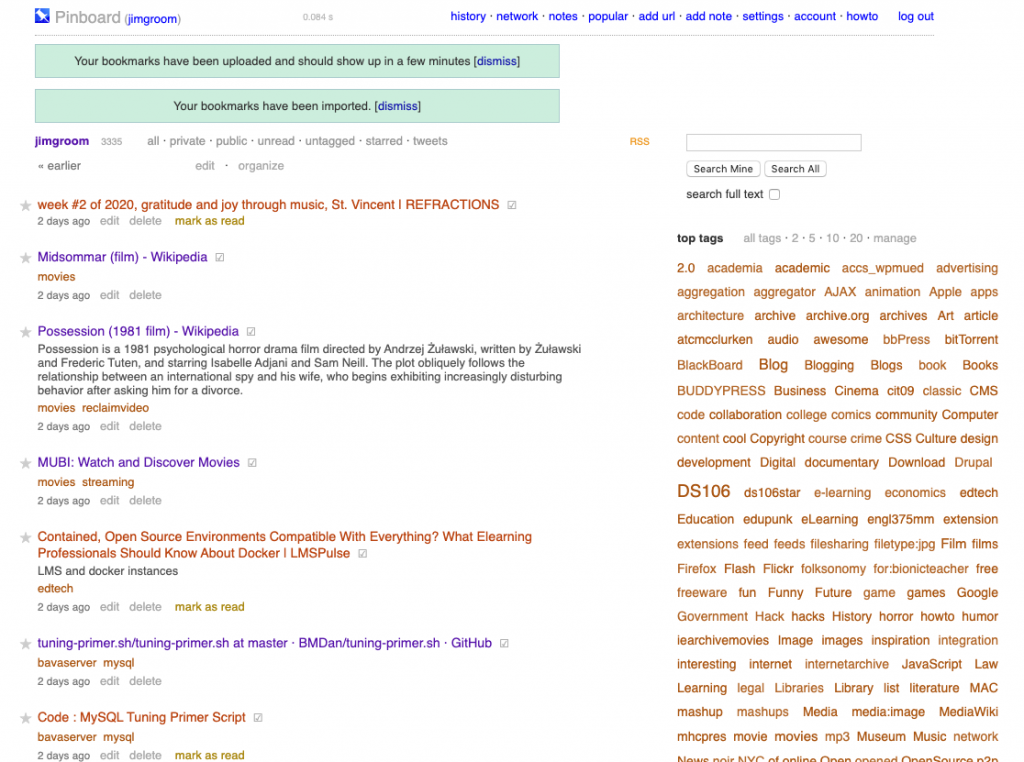 So, the other day I finally signed up for Pinboard. I know, I know, I am quite late to the party, but for a while there I had been burned by more than a few social networks, so I kept things closer to home. The good folks at Pinboard don’t need me to sing their praises, but I will. Their purchase of del.icio.us was not only a valiant effort to help archive the web, but it is also a brilliant long-term business move from the perspective of long-time del.icio.us users like me. After signing-up I was able to seamlessly import 4000+ links from 2006-2012. Feels good to be back in the game! 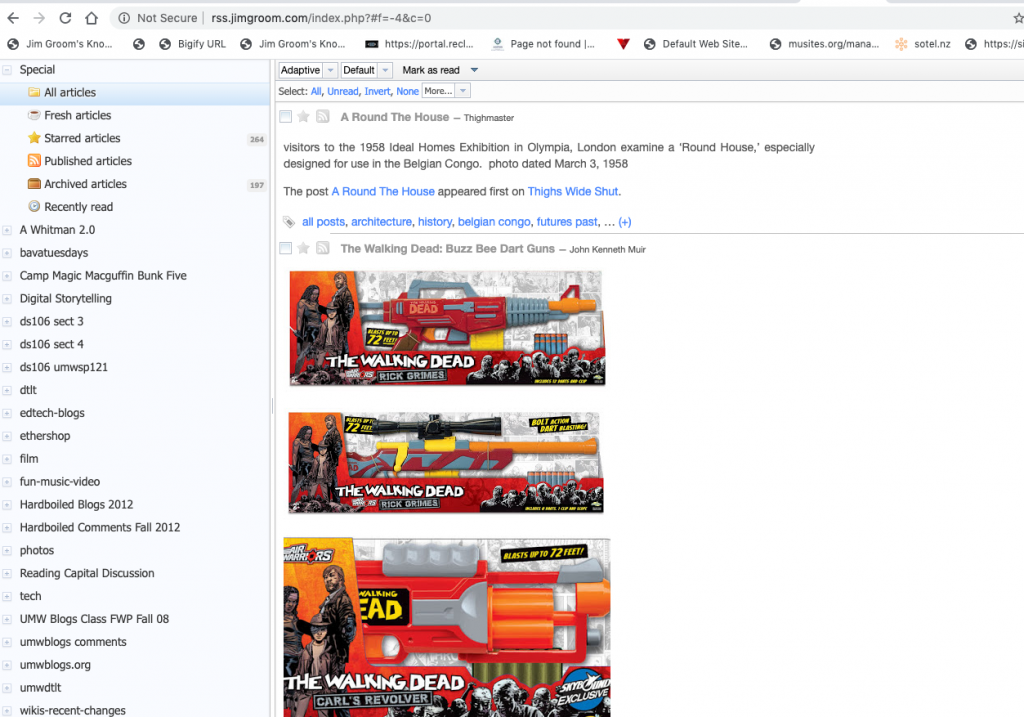 The other development, which is long overdue, I dusted off the RSS reader in hopes of returning to a more methodical method of filtering and reading the web. I use Tiny Tiny RSS, but we’ll see how that goes, I am not averse to shopping around for something a bit slicker, but I do like that it is free and easy as  RSS Readers go, but I am open to any and all recommendations.

This entry was posted in bavatuesdays, fun, rss and tagged 2009, delicio.us, rss. Bookmark the permalink.