That’s right, it has gotten to a point where we can soon start referring to our growing collection of cabinet video games as a bonafide arcade thanks to Tim’s weekend binge collector’s road trip. We have 11 operational cabinets at this point (Centipede, Defender, Asteroids, Kangaroo, Galaxian, Joust, Make Trax, Tron, Galaga, Millipede, and Pac-man) with a 12th cabinet which is a DIY restoration project that Tim is spearheading. I’ll let him reveal that one, but it’s a gem. What was fun was I had no idea what Tim was dreaming up (not to mention the magnitude of the enterprise) until I got a message yesterday evening that he was currently in a U-Haul somewhere in Northern Virginia on his way back from Maryland, and he had something to show me—I was immediately on tenter hooks. Twenty minutes later he takes me through the biggest haul of arcade cabinets yet: a completely mint Tron (which make be the most beautiful cabinet yet), a meticulously restored Millipede (which is a gorgeous complement to Centipede), a fully operational Galaga that looks perfect, as well my gateway drug to arcade games in the 80s: Pac-man. 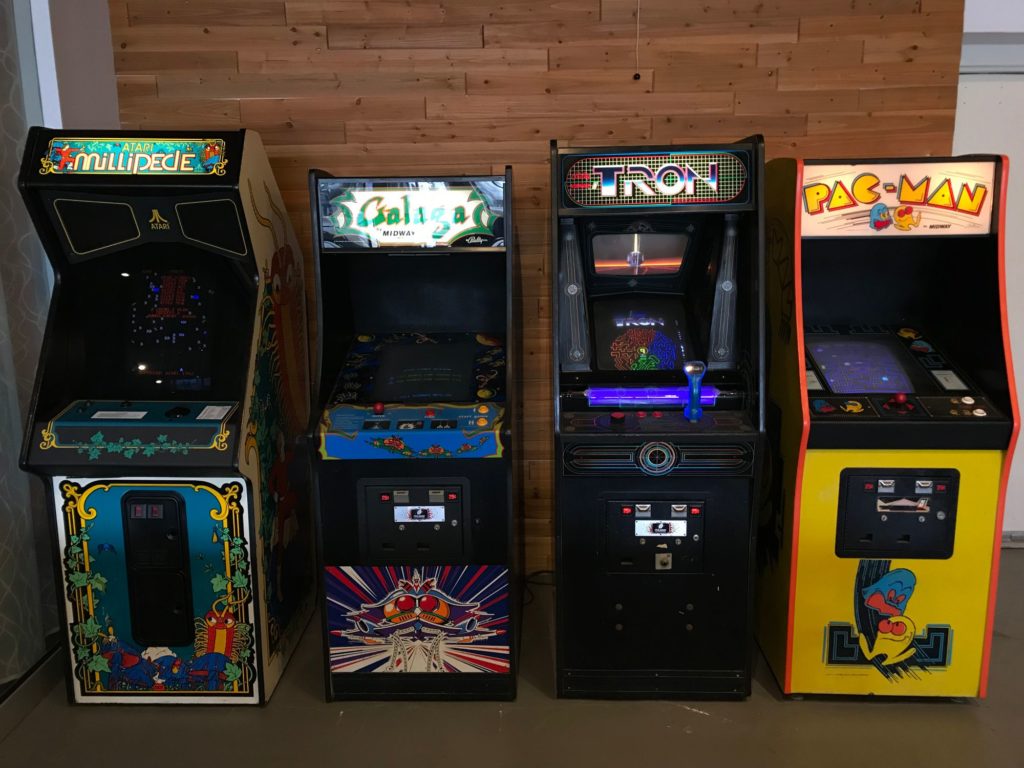 Tim also showed me the cabinet for his restoration project in the works, as well as a few additional boards one of the sellers threw in for Pac-man, which included a modded Pac-man board for Ms. Pac-man which would be the hack that led to what Ian Bogost frames as the apotheosis of the feminist video game:

It was quite cool to actually see the modded board, and to think that Ms. Pacman may be another cabinet in our future. Probably the two games of the four I was least familiar with was Tron and Millipede. I was a huge fan of Discs of Tron, which after reading the Tron wikipedia page I learned was supposed to be a fifth subgame of the original Tron but it wasn’t ready so they made it a stand-alone game which was reportedly far less successful. I, for one, loved Discs of Tron with its fully immersive cabinet reminiscent of the Star Wars vector game: 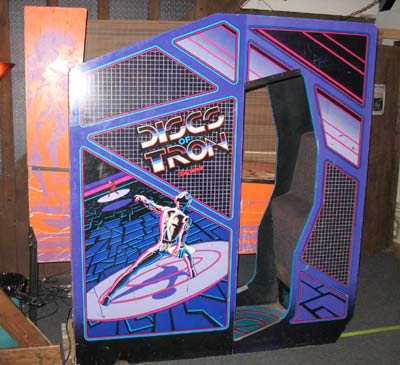 But as I watched from afar as Tim unloaded all five cabinets into CoWork with a regular dolly (a Herculean task), he gave me a close-up look at the Tron cabinet and it really is gorgeous with a kind of 3D tower art above the screen, black lights above the control panel, and uniquely shaped cabinet. An as John of John’s Arcade noted in this video, the cabinet may arguably be better than the gameplay, but I will have to re-visit that impression I have. Turns out this game was extremely successful, and someone joked in a Youtube comment that it made more than the Walt Disney film which inspired it. From the Wikipedia article there are estimates that almost 10,000 cabinets were sold and anywhere between $30 and $45 million in revenue was generated, which is wild to think about. 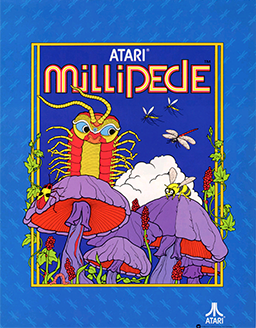 Millipede is the sequel to Centipede, and I think I played it a few times back in the day. It introduces a bunch of other insects like earwigs, inch-worms, beetles, DDT, and more. The gameplay is quicker than Centipede, but quite similar. The restoration on this cabinet was done by someone fairly local to us in Fairfax, VA, and it is absolutely mint. The quarter feed works, and we have an industrial strength receptacle for quarters that Tim was showing me, making this arguably the most completely restored game we have. I have to get some better photos of both cabinets, but they are both doozies.

Here is a screenshot from my tour once Tim had gotten everything unloaded, and while Galaga is in many ways Galaxian’s more popular younger sibling, I still prefer Galaxian. That said, I imagine Galaga is one of the most popular games of that era. And then there is Pac-man, what can I say?! Pac-man was the game I was actually good at, I could get to the 5 or 6th key and score well over 100,000. Seeing that game against the way makes it all the more official for me somehow, I think the argument could be made we now have enough games to officially christen Reclaim Arcade. And even if we can’t just yet, we now officially have a Reclaim Arcade blog that Tim and I will be contributing to, so at the very least there is that 🙂