Been on a bit of a blog vacation over the last two weeks. Between traveling, hiking, entertaining and enjoying some mental downtime the bava was dormant. It has been a welcome break.* I still think in terms of blog posts, and when I go this long without posting I start to feel a bit like what I imagine a sidelined athlete must feel, just not nearly as svelte. I have a lot to blog about, including the novel I just finished by Richard Matheson, but that will be a bit longer affair. For now I want to quickly highlight the immediate dividends the resuscitated Reclaim Community site has paid.

A couple of weeks ago Tim decided to breath some life back into our languishing Community site. He started posting about specific topics and inviting others to contribute. Pretty soon thereafter others, like the great Kristen Eshleman, started jumping in with their own questions. It’s how this stuff works: you target open invites, seed conversation, and pray for rain. Tim also made a call for feature requests, and Tim Clarke from Muhlenberg University (one of Reclaim’s newest institutions!) requested we provide a more prevalent link to Installatron Applications. Tim Clarke had no idea that the Installatron icons in cPanel had been an ongoing issue for us, in fact Muhlenberg’s server has no issues with a broken Installatron icon that others had limped along with for almost a year. 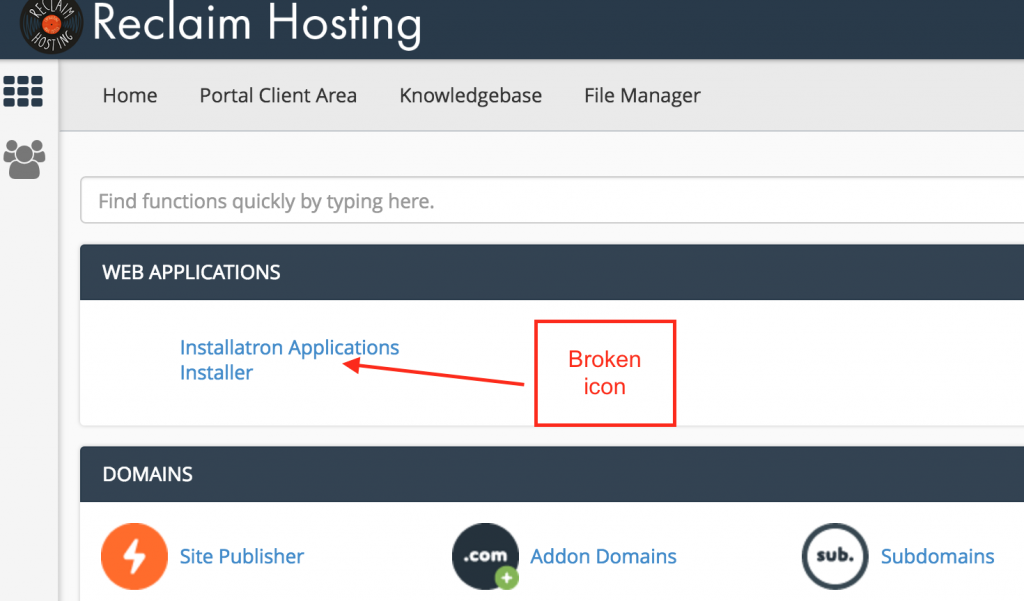 But, his request led to Tim Owens and I working through a possible fix for the broken Installatron icon on our shared hosting in public. This was one of the major bugs we had, and Adam Croom jumped onto the thread re-affirming as much. Installatron was a crucial element of making the cPanel interface user-friendly, and a broken icon that previously showed off WordPress, Omeka, Scalar, etc. was a major flaw. So, Tim did as Tim does, he figured out a way to create a custom section that highlights popular web applications  as well as link to all applications and an individual users applications (he even used Bryan Mathers’ record art. 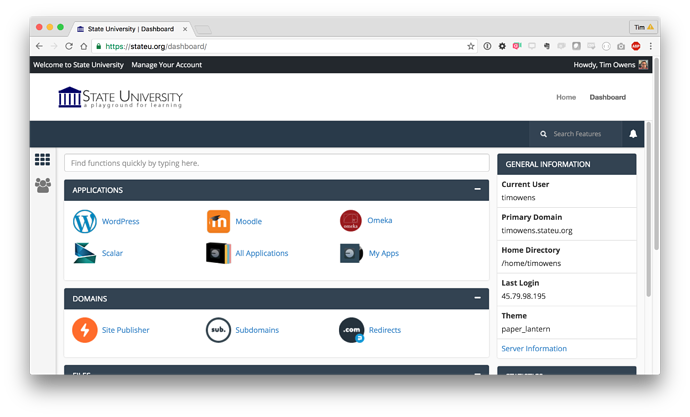 What was so cool about this was not only that it pushed us to solve for ourselves a major issue we had been hoping Installatron would fix, but it was accomplished as a result of a request and subsequent conversation within the Community site. For me, the value of the Community site is concrete now, and I was able to email a few folks soon after Tim added the fix to our shared hosting servers announcing the fix. It felt so good. It felt like we were truly responding to what people needed, and while we’re pretty good about that in general, doing it publicly amongst the community just makes the issues that much more pressing and relevant.

*Although, truth be told, I did post over on my other blog.

This entry was posted in reclaim and tagged community, Installatron, reclaim. Bookmark the permalink.