It’s been a whirlwind of a trip since I ventured back to the US two weeks ago. I have neglected the bava, and few things pain me more. But that was then, this is now.

The trip started in Portland, Oregon, one of my favorite city’s in the U.S., and if we ever move back to the U.S. the Rose City may be atop the the list of destinations. I could see setting up Reclaim Hosting’s storefront there. 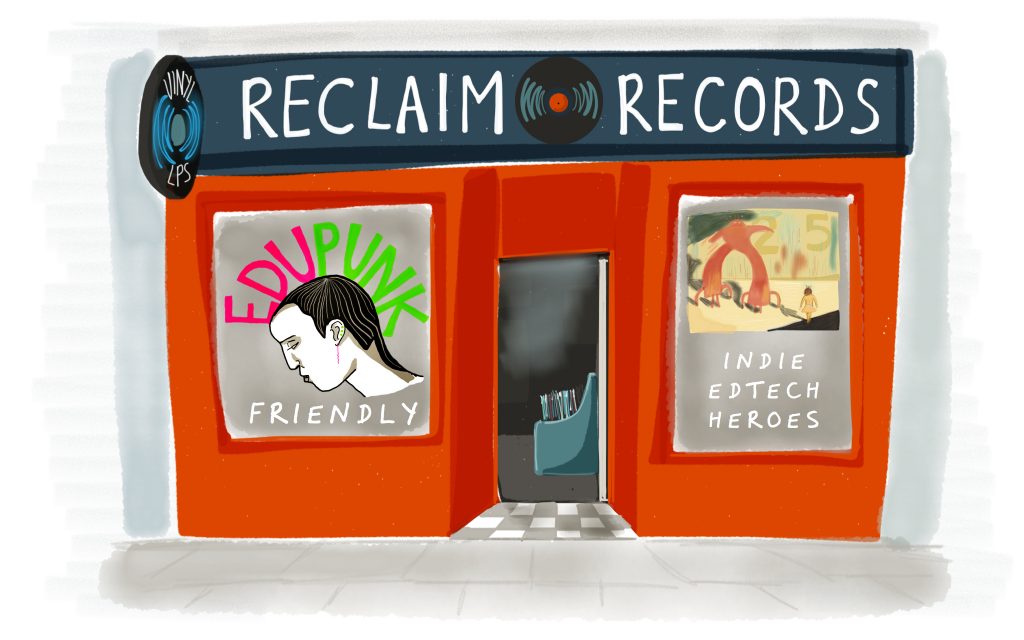 Plus, the idea of living in a place where marijuana is completely decriminalized is very, very attractive to me. Before the Reclaim Hosting team met up in Portland on Sunday, I stayed with my old friends Zach and Aimee who were awesome in every way. We have a long history together between grad school in NYC, edtech, and just about everything good in my life. So catching up with them is always a real joy. 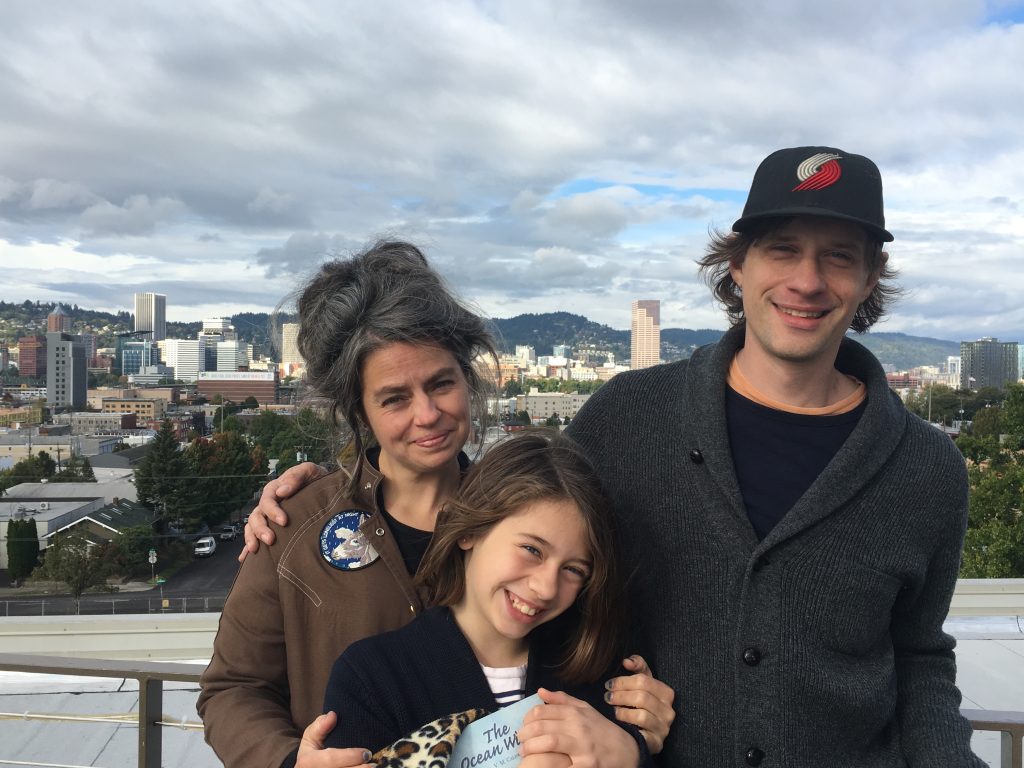 I have found as I get older than nothing makes me happier than seeing old friends who are happy. And that was how I started my trip, which was awesome! 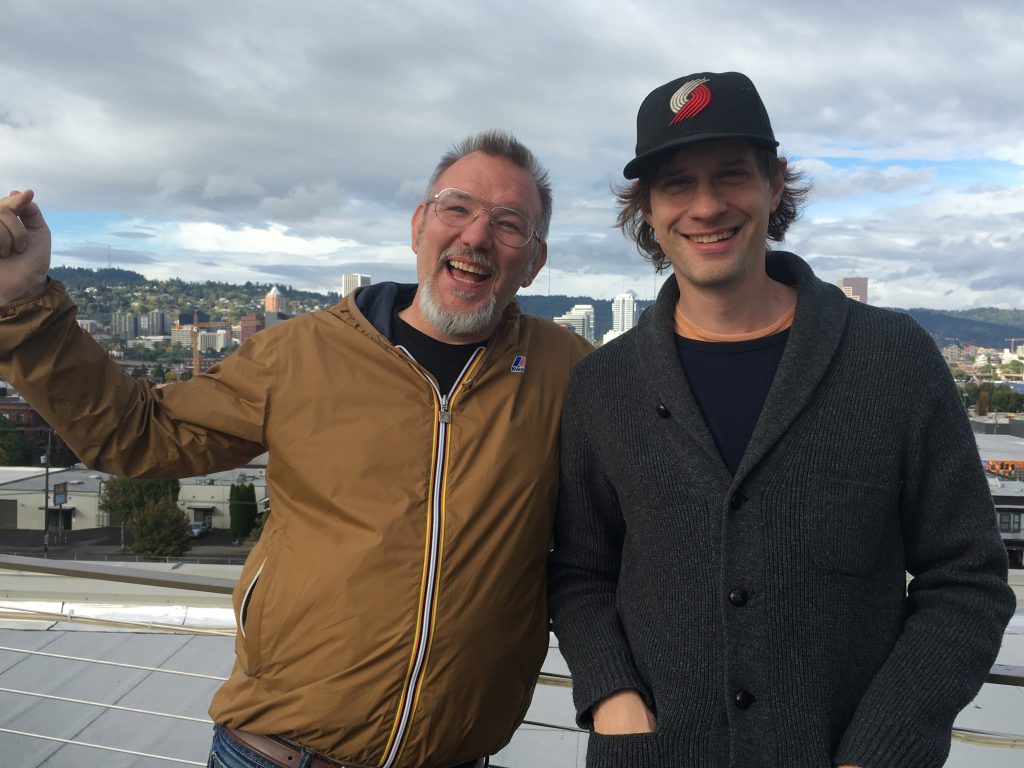 From there I crossed the bridge to downtown Portland for an awesome five days with Tim and Lauren. This is the first time the Reclaim trio all got together since Lauren went full-time, and I have to say it was a perfect place for us to do some bonding. Portland is a really good reminder that my invention of Hipsterism in LA during the early 90s is still going strong. 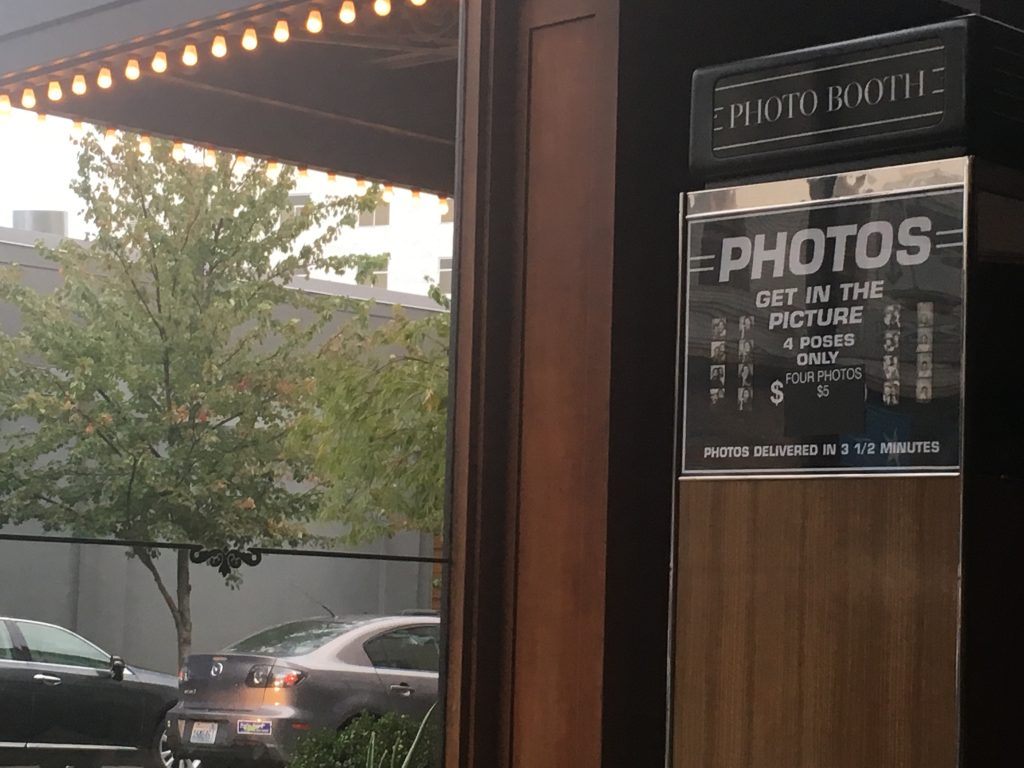 We stayed at the Ace Hotel, which has an old gold photo booth in it’s gorgeous lobby (click pano above for a distorted sense), so we had to indulge. 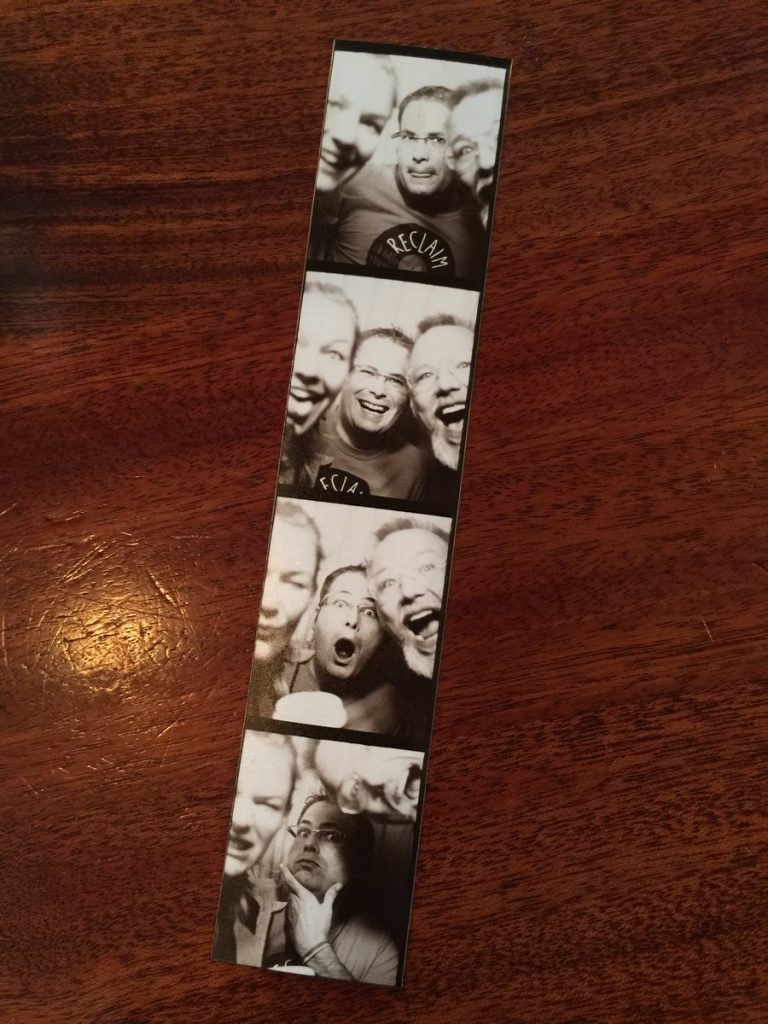 A shacked up with Mr. Reclaim Hosting himself, and let there me no question I was that somebody! 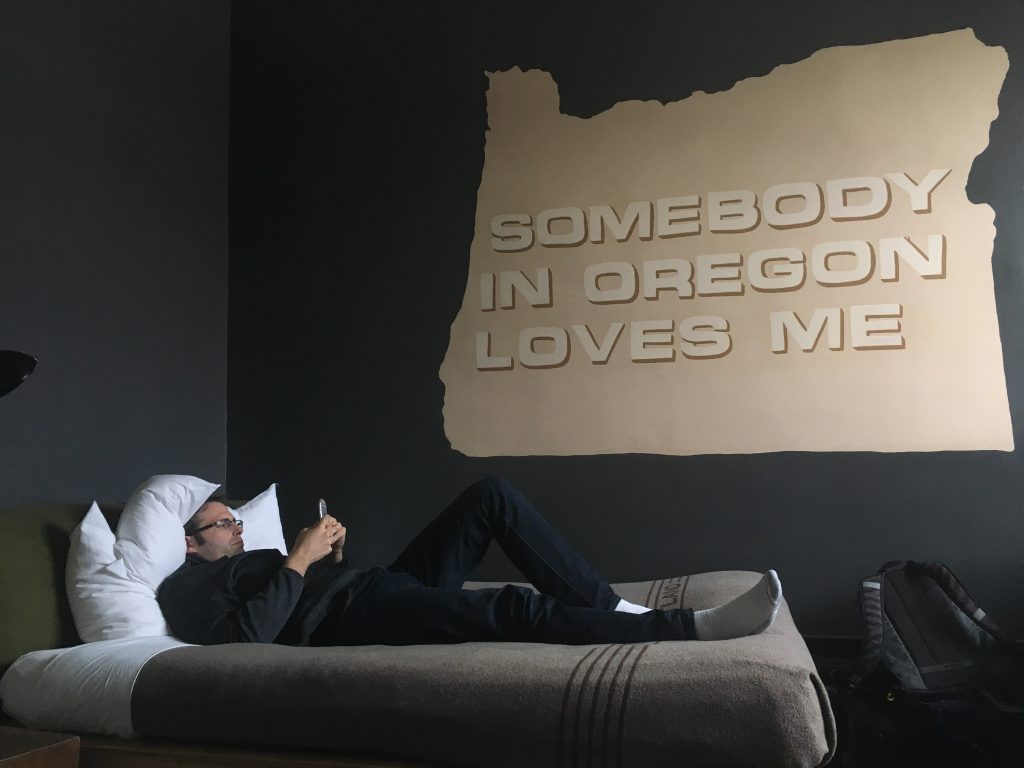 Tim answering tickets with his phone

It was also amazing to spend time with Lauren. As I mentioned earlier, this is the very first trip we all took together as a company, and I had no idea how important it was. 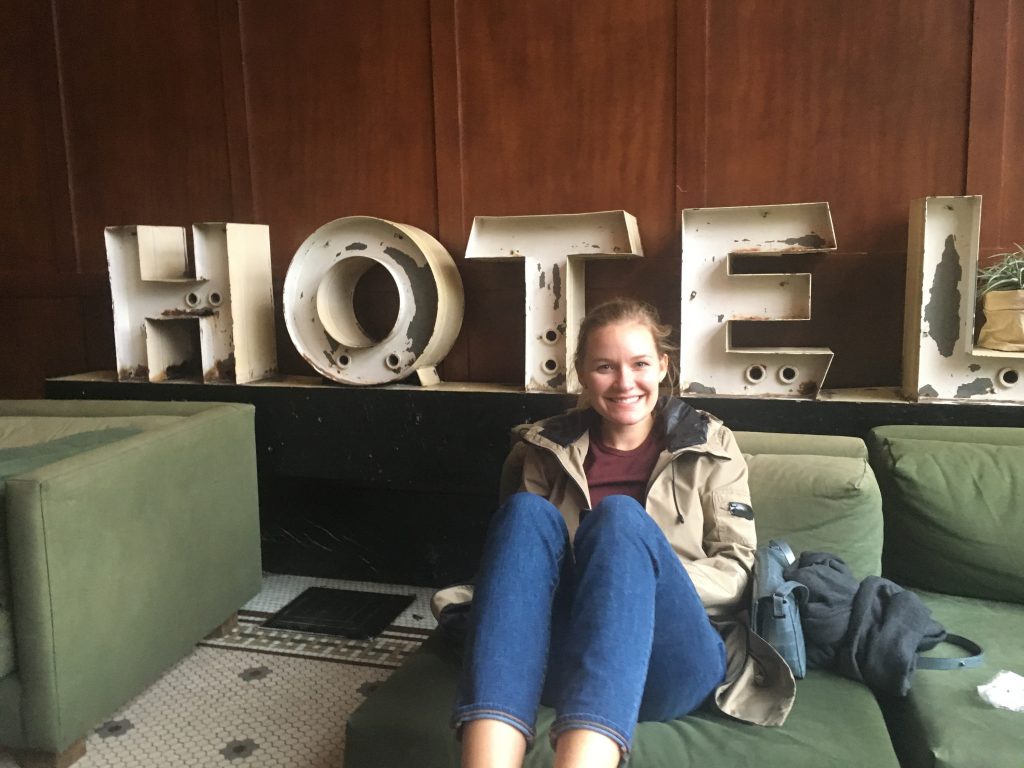 I think we needed the time together to work on tickets, discuss issues, make plans, and dream of the future. Don’t get me wrong, we do all this remotely, but the proximity was very nice. For example, when the DNS for one of our servers had issues, it was nice to be working side-by-side with Lauren and Tim making sure we had all bases covered, were notifying the community, updating the status page, and figuring out just what was wrong. It felt good. 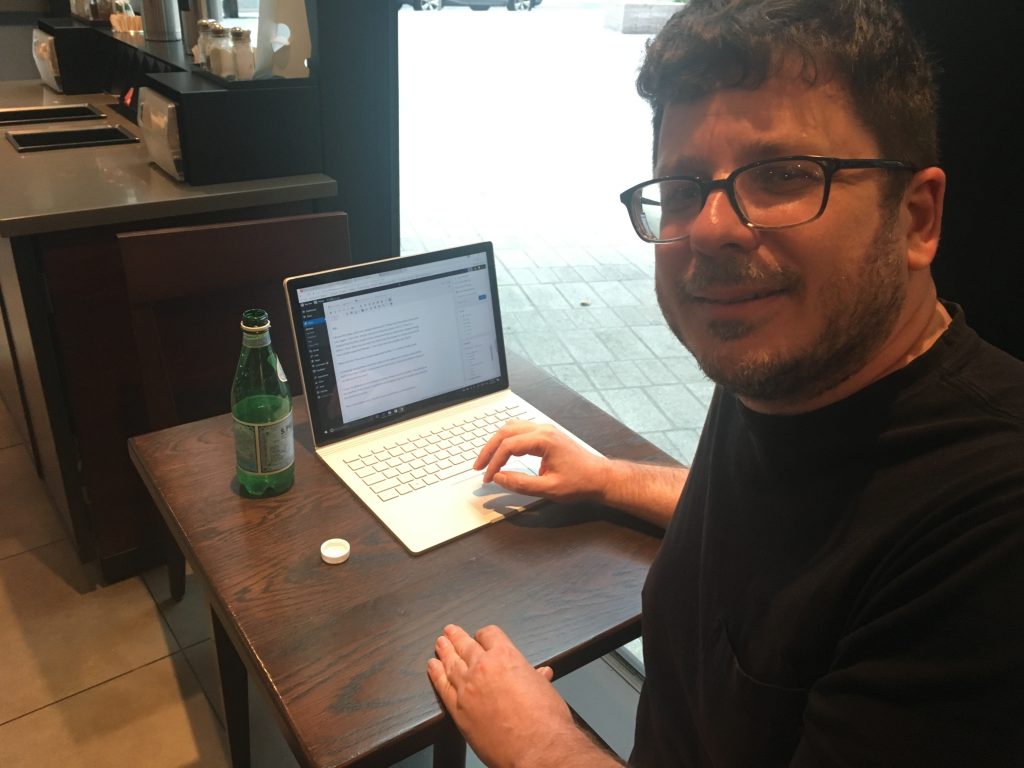 Our first night we caught up with the great Mike Caulfield for dinner and a chat. Mike is Reclaim Hosting’s original benefactor, and despite him calling me a Libertarian Pirate, I’m still a big fan! It was a blast hanging out at Dinerant talking edtech, Portland and everything else. My favorite take away from the evening was his comment on the homeless population in Portland, he said something to the effect “You can’t call it urban camping and pretend it’s all fixed.” I think there was something about orange bikes in there too. I couldn’t stop thinking about that line while walking past homeless shanty after homeless shanty around downtown Portland. It was crazy. 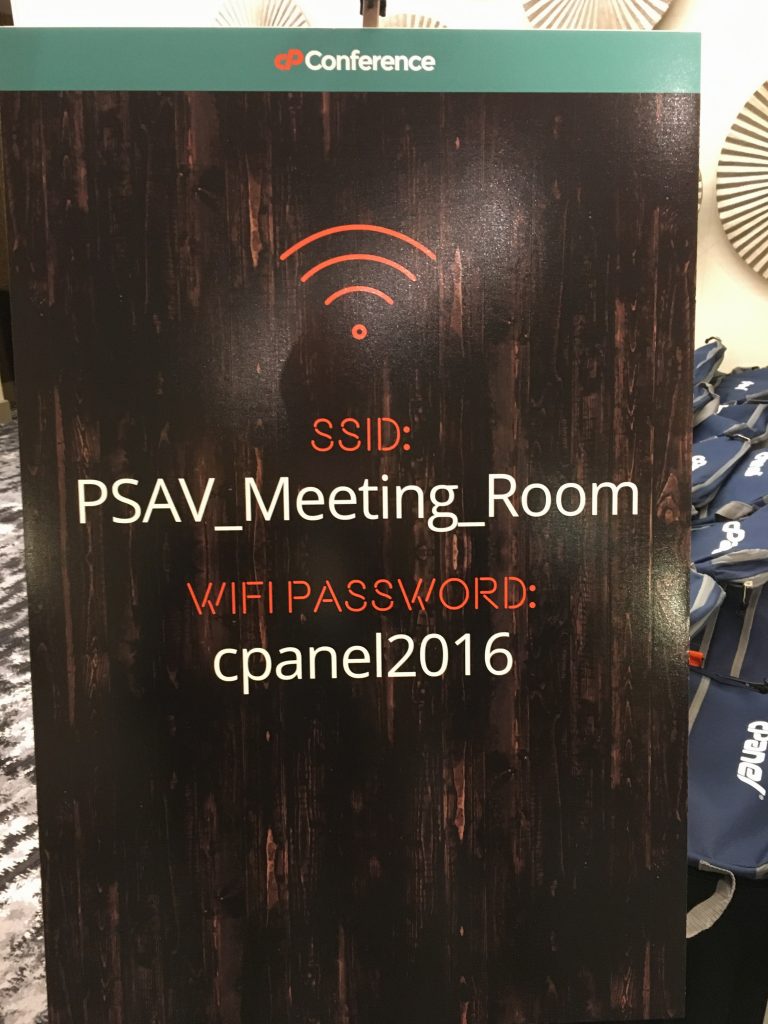 The excuse we used to go to Portland was the cPanel conference. It was my very non-edtech/non-academic conference in the US ever? I’m not sure ever, but certainly in my memory. Couple of observations: the keynote and presentation bar is set pretty low. Academic and edtech conferences can be, and often are, annoying, but the level of thought and expertise that goes into the presentations was light years beyond this one. The keynote from the co-founder of Black Knight hosting Michele Neylon was about as bad as it gets. There was not a point to be made, and he made it clear that his company was pandering to the porn industry because it pays. Bizarre, and at times just downright uncomfortable. It was apparent that folks weren’t really there for the sessions, they were there for the open bar at noon and networking.

That said, I did catch two good sessions, both run by cPanel folks.  Jason Kiniry’s “Creating Custom External Authentication Modules” showed you how to create single sign-on for cPanel with other services like Google+, LinkedIN, etc. Tim has already done this for stateu.org, but it was nice to be in a session where you got taken through the process and it was explained for you in detail. The other was Dustin Scherer’s “Dashboard: The Secret to an Improved User Experience.” This session took you through all the improvements cPanel has made to the dashboard, and there have been many with Paper Lantern. But it also turned into a great back and forth about what we, as cPanel users and customers, would like to see. Awesome. We got to give feedback that they wanted, and it made us feel connected to a piece of software we use to drive much of Reclaim Hosting. That was the last session we attended, so that it ended strong. 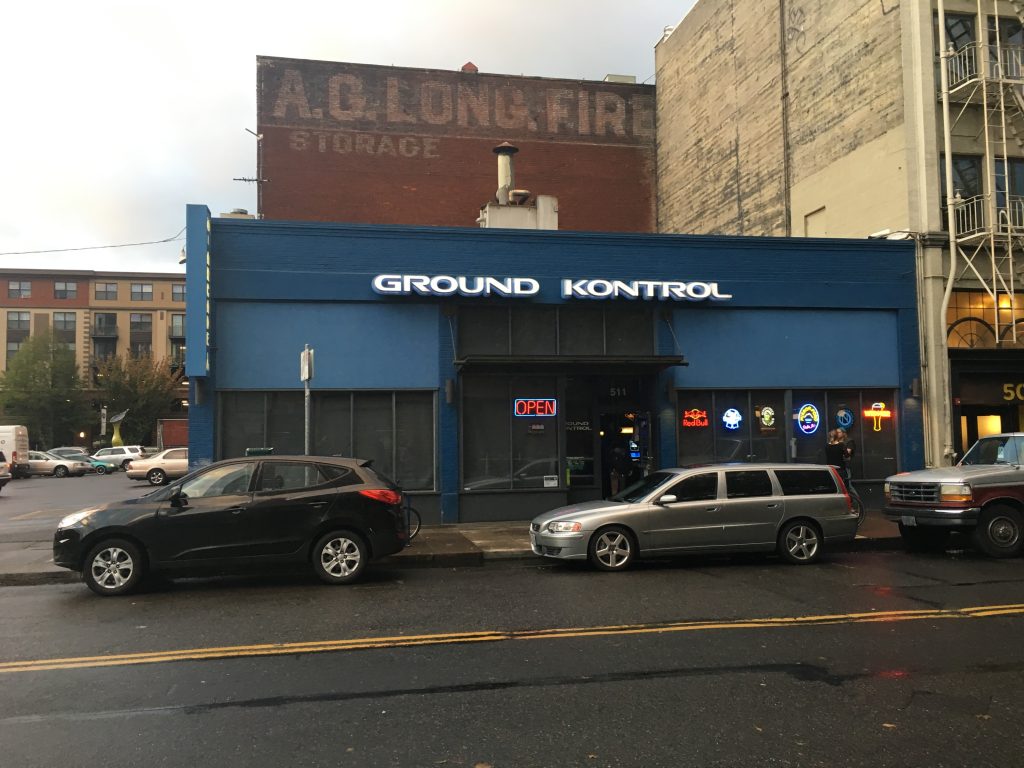 One of the greatest things about Portland all told is Ground Kontrol, a 1980s bar and arcade that is truly a time machine for an arcade rat like myself. I just broke 100K on Pacman, which made me very happy. 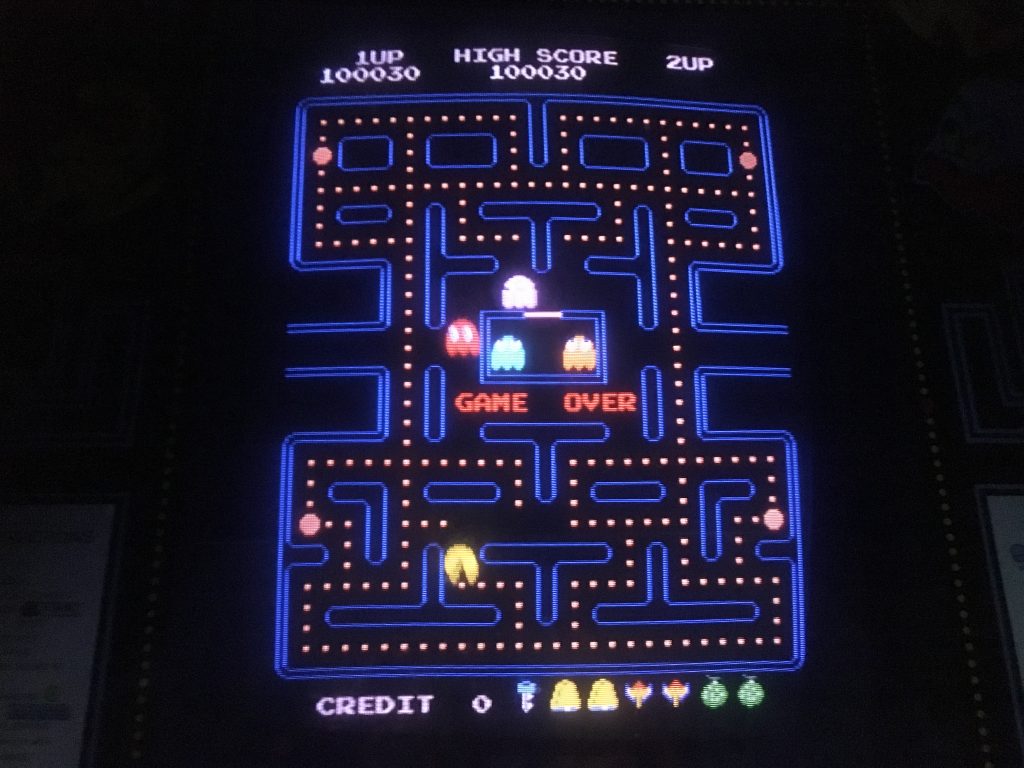 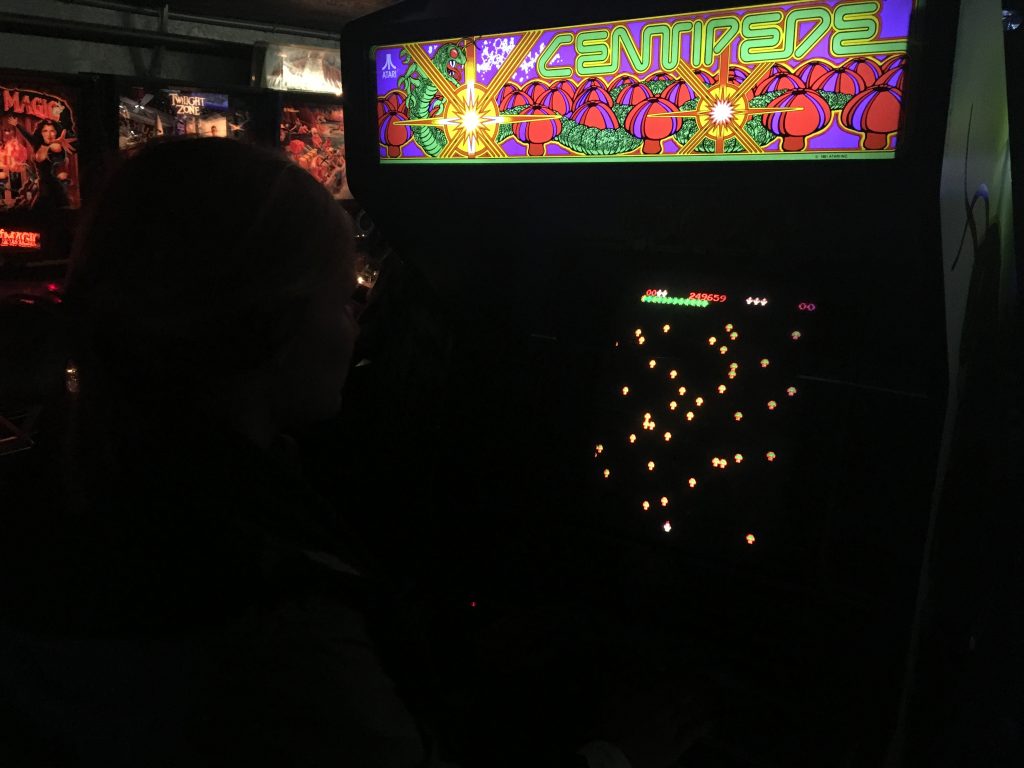 We also spent some time in Portland’s Everyday Music. The OG record store and video rental aesthetic appeals to us, and we have had fun with it for the Reclaim Aesthetic—so spending time in the store was fun. 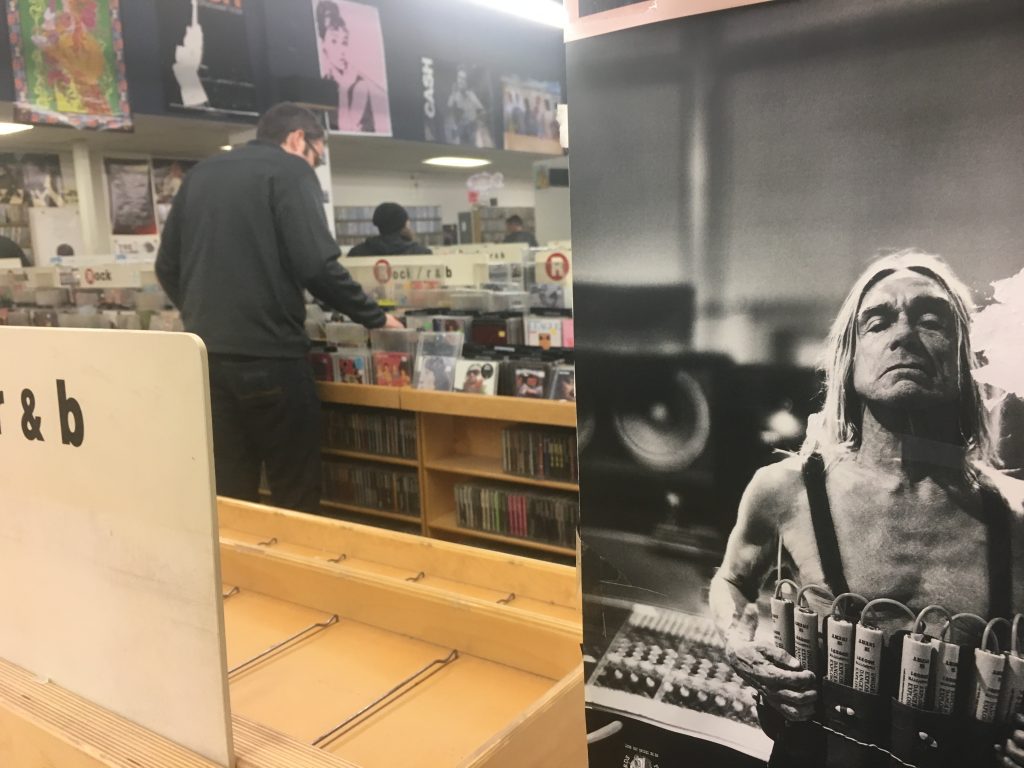 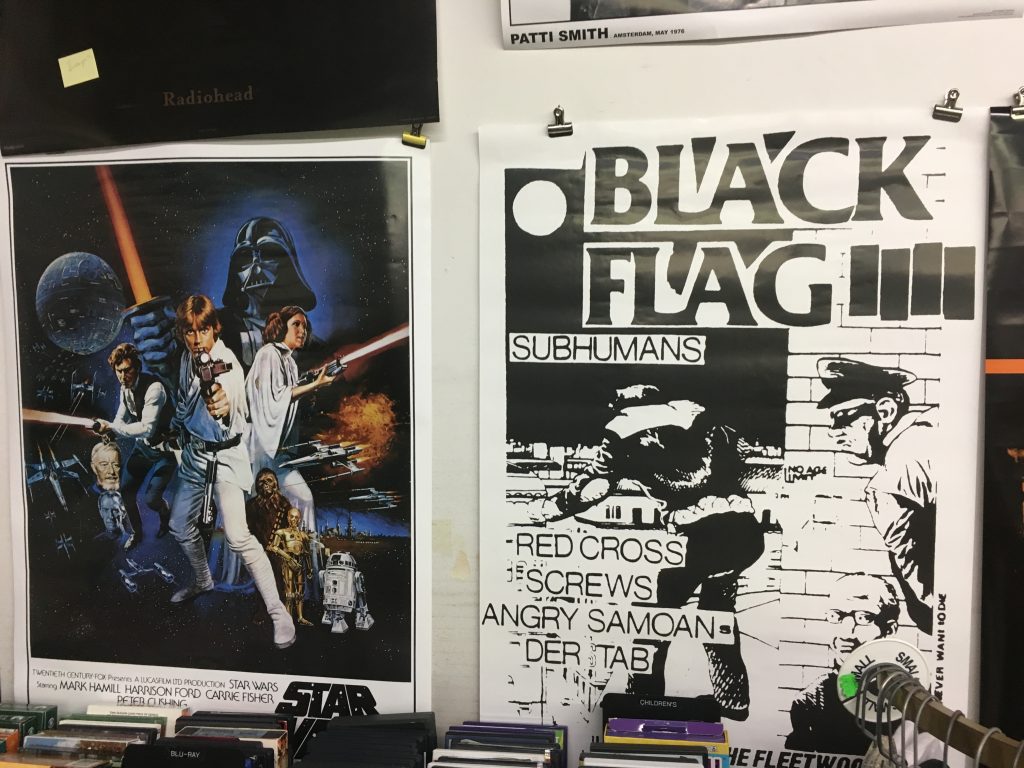 Lauren also suggested we try and capture bands that we have (or will) name servers after. What a great idea. 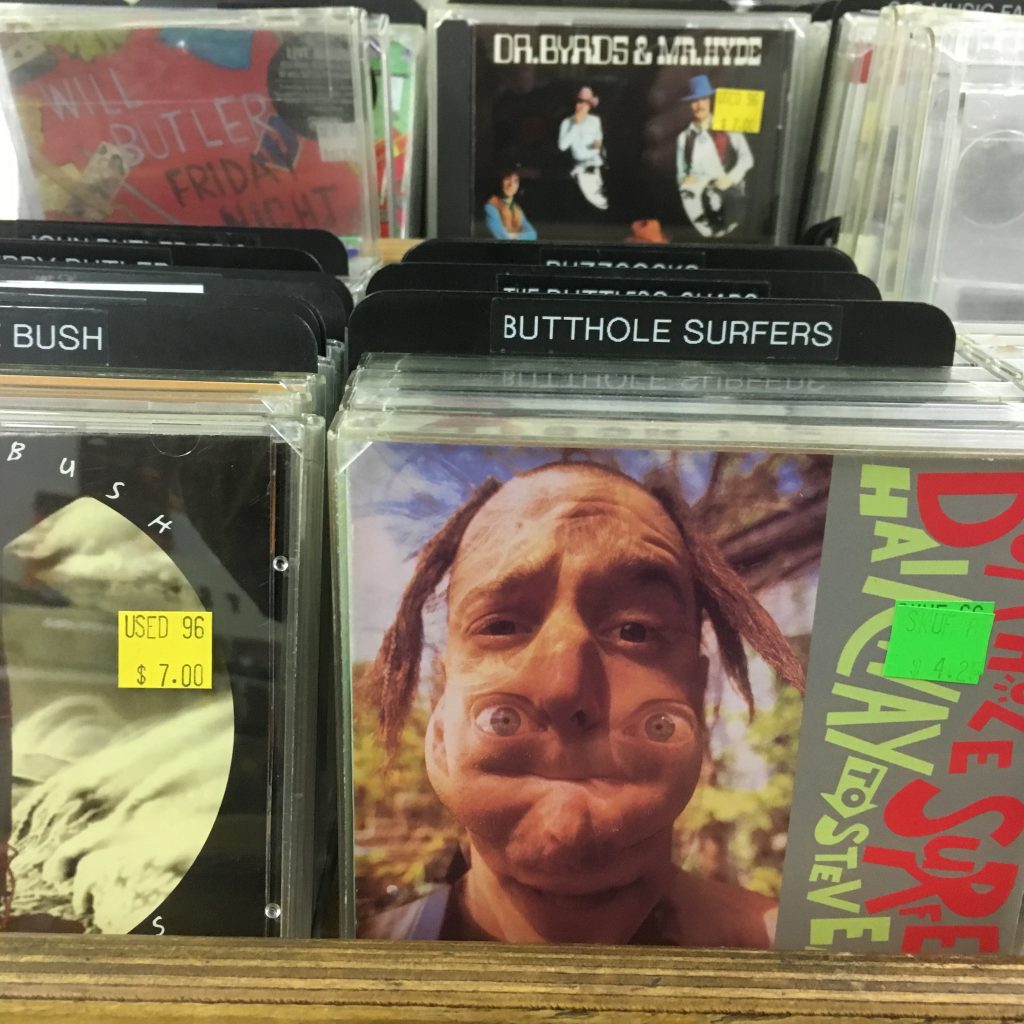 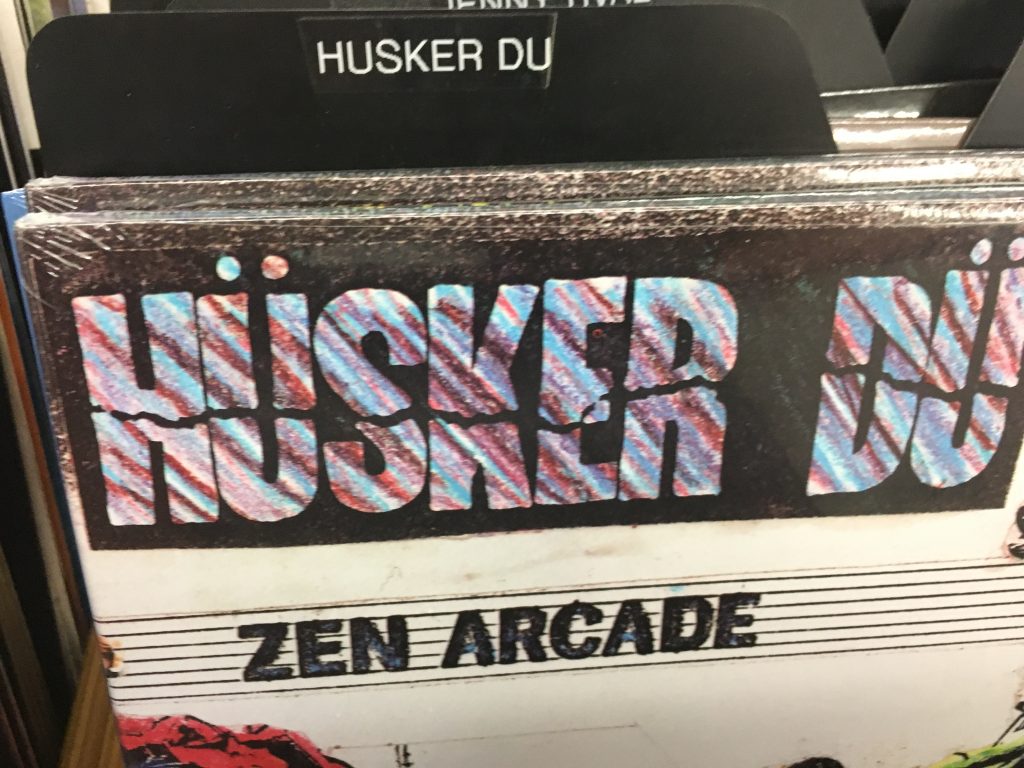 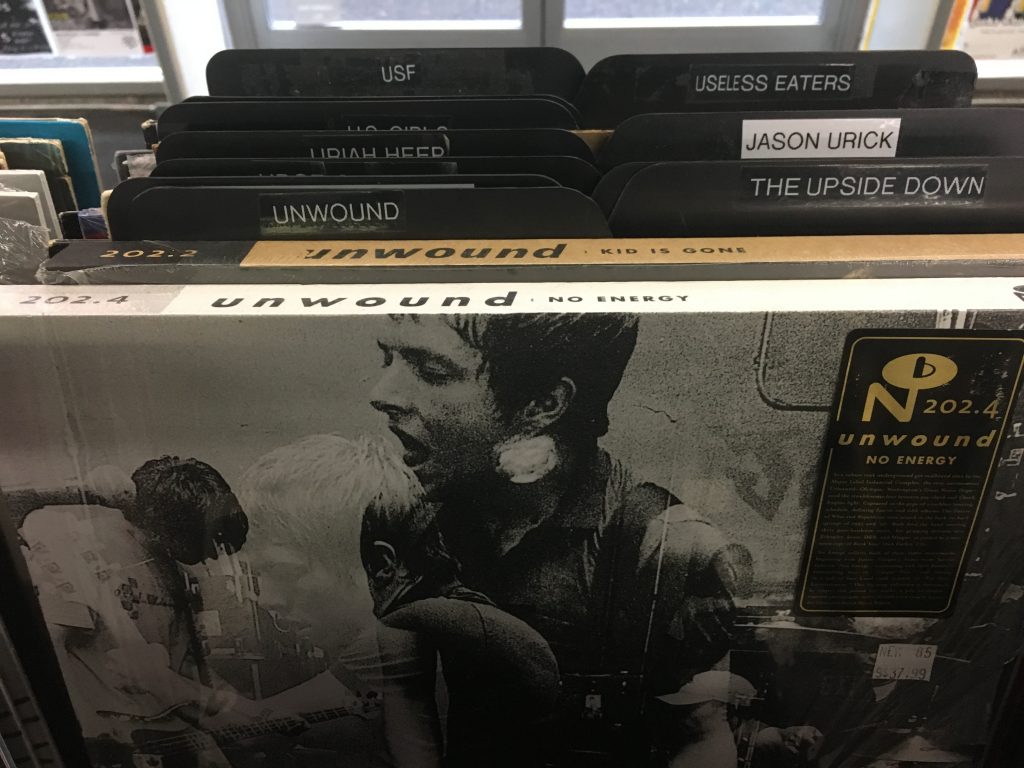 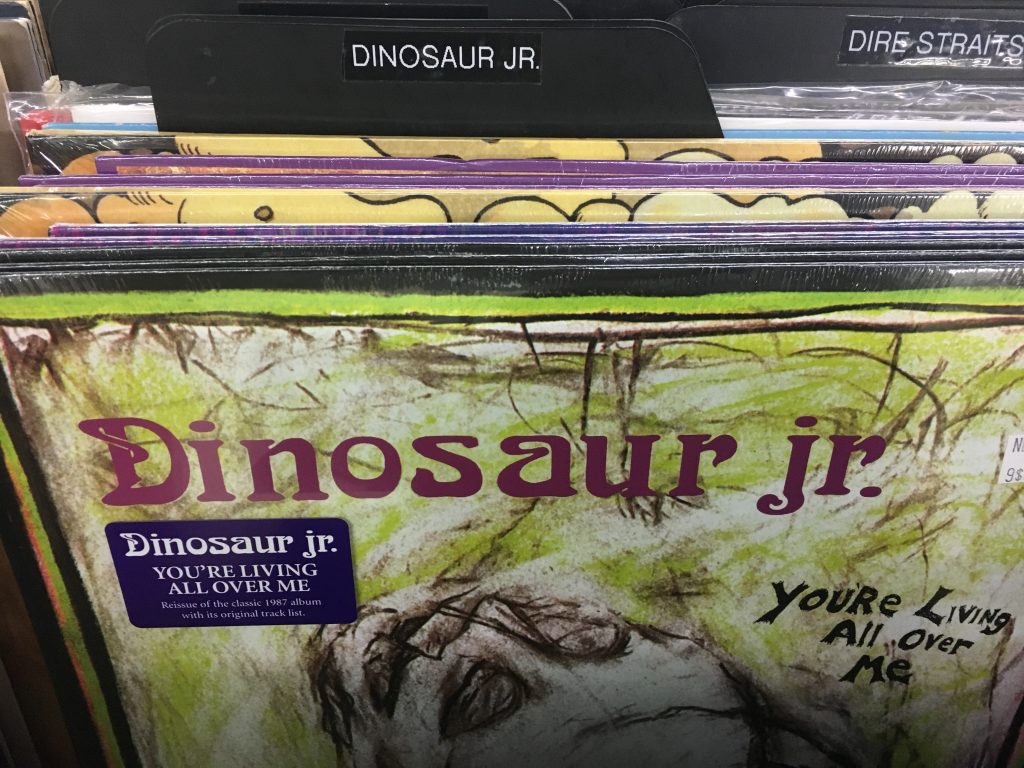 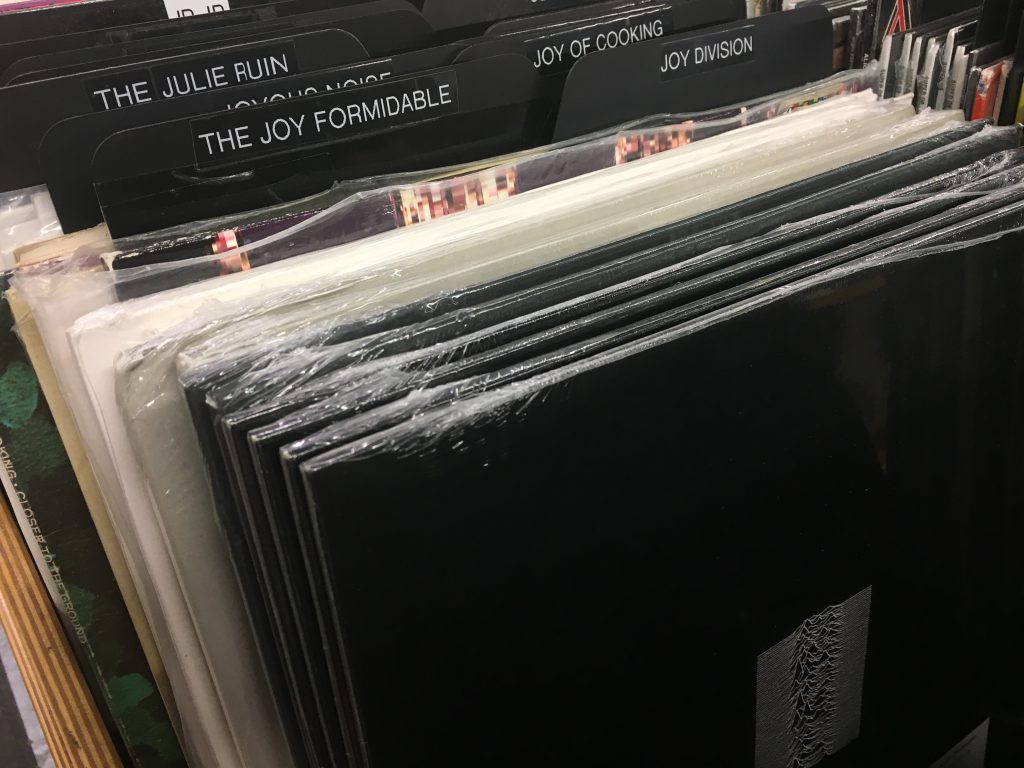 And visions of servers to come? 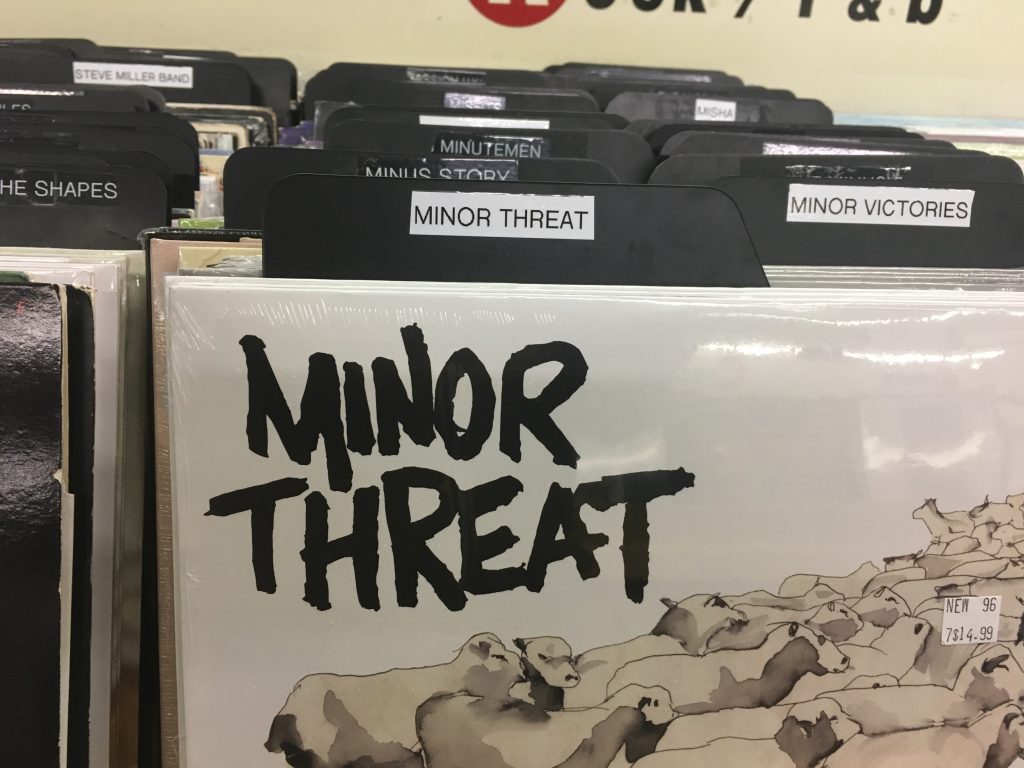 I also found some traces of that historical artifact ds106, I had no idea it used to be a band called Sonic Youth? The things you learn by getting off the internet 🙂 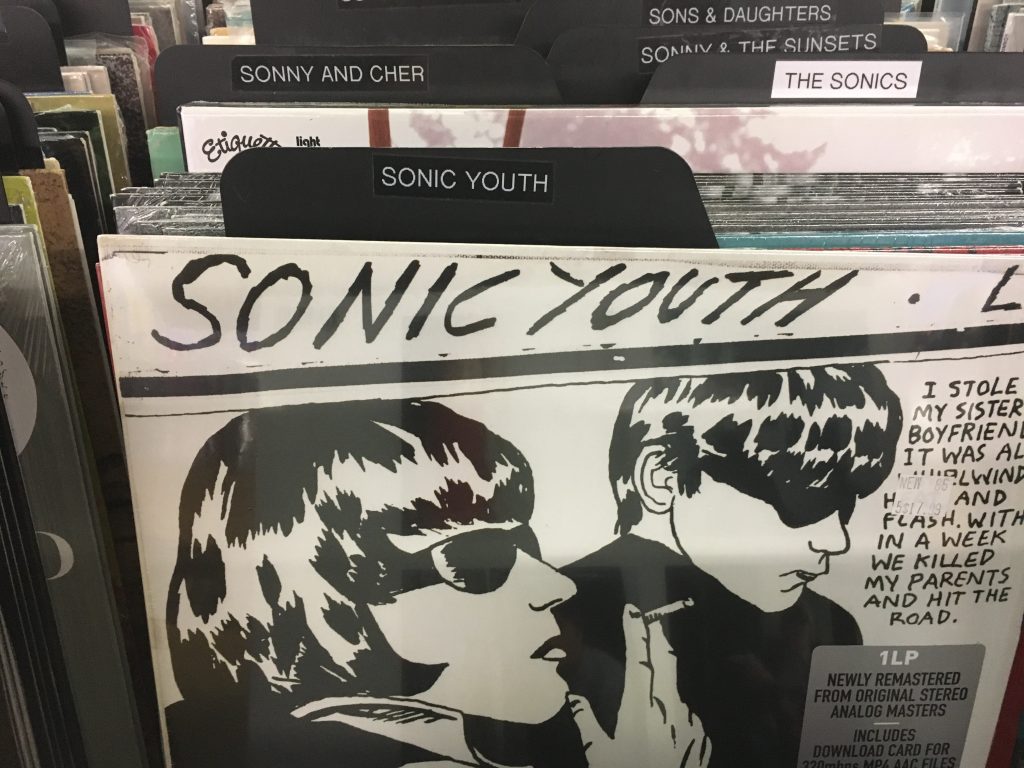 I even made a vinyl and laserdisc score that was region specific: 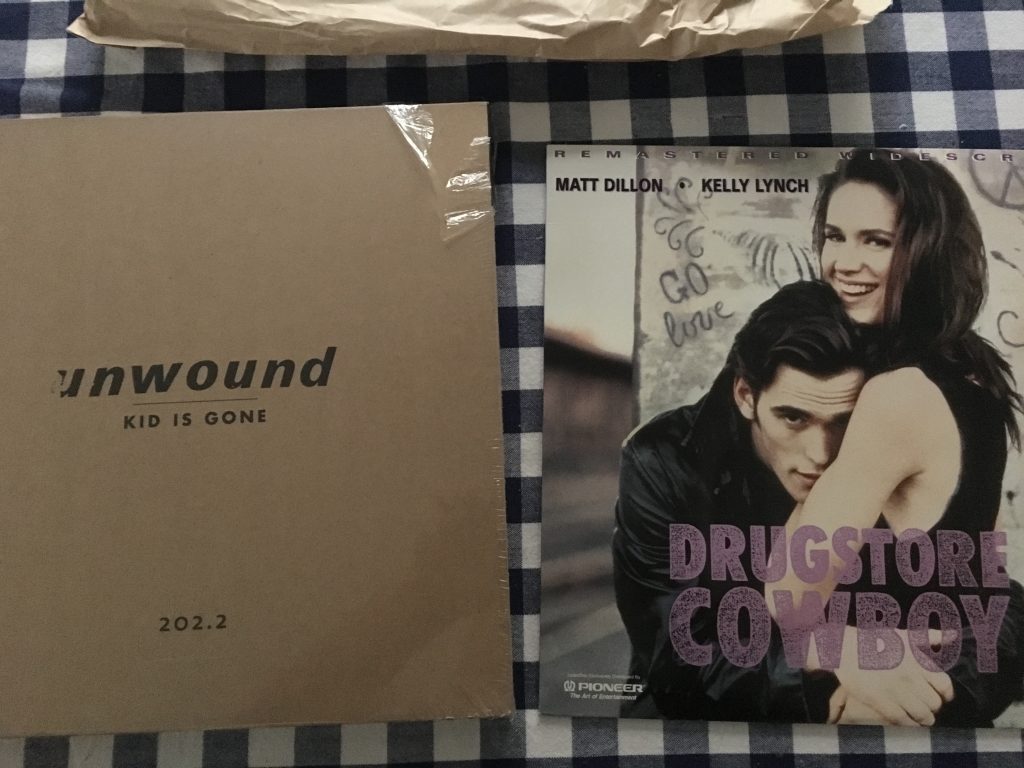 The trip was a total blast, and the best parts of it were hanging out with Lauren and Tim exploring Portland. If you look hard enough you can see Powell’s Books and Sizzle Pie from our hotel room window, and we indulged in both! 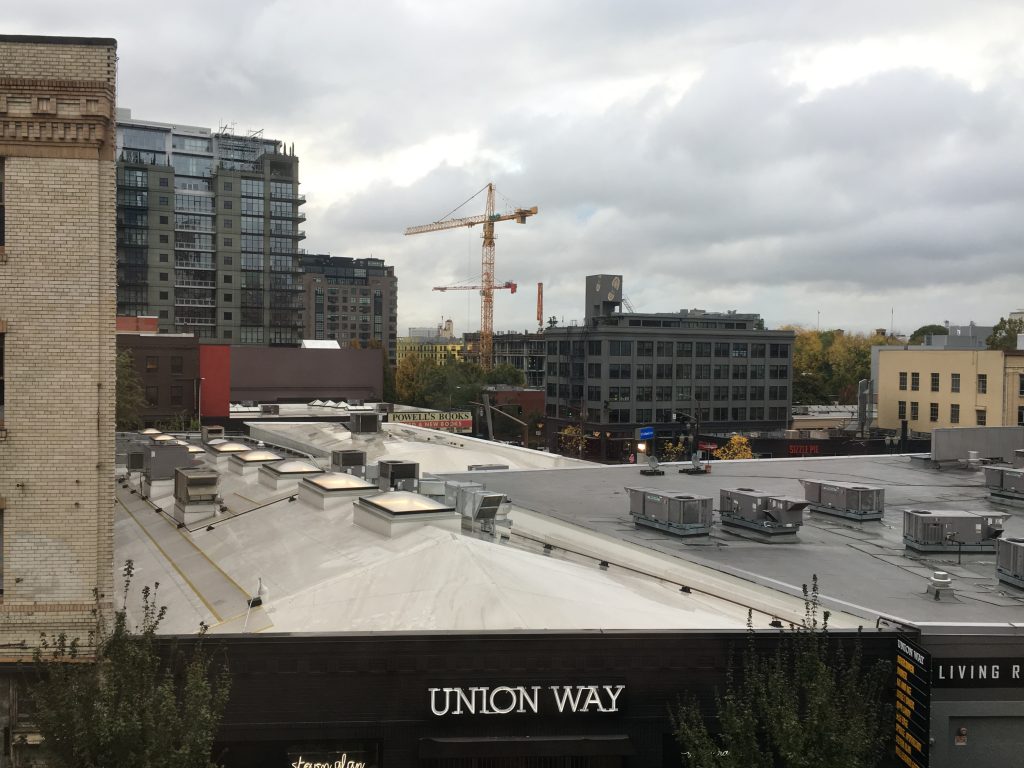 Can you find Powell’s Bookstore and Sizzle Pie?

We also were right around the corner from the office of the software company Panic, which makes the FTP software I have used for years Transmit (amongst many other things). And in classic Timmmmyboy fashion, as we were walking by he not only pointed its presence out, but proceeded to explain that there is an app online that allows you to change the colors of the company’s sign. And a video was born:

We saw 80s cover bands, ate really, really well, and sang karaoke all night long (but what happens in karaoke stays in karaoke). It was an awesome trip for all these reasons and more, but more than anything it demonstrated that we are building energy and momentum around this crazy idea we had over 3 years ago now, and it is starting to flower is some really beautiful ways, and that is probably a really good segue way to my next post about our recent trip to Muhlenberg College, but until then…stay awesome Portland and Reclaim.