I added another new design assignment for ds106 called Remixed Game Covers inspired by this awesome remixing of a series of Atari game covers that Mikhail Gershovich turned me on to a few months back. The assignment is pretty straightforward, take a video game and remix it to change the meaning or idea. I went through the archive of Atari 2600 covers at Atari Age and found the Bowling cover to be pretty trippy, and the first thing it made me think of was Lebowski, so I changed the title to create a The Big Lebowski Atari 2600 game, which is pretty awesome. The only issue I had was locating the right font, and I was trying to find Harry Fat font without paying $60, but I should have known the awesomeness that is Atari Age has all the fonts for all the games and cartridges, and this one is called HammerFat. So, in the end, that made this one a bit easier, but I am thinking you could animate the image, or even add an animated GIF from a film, which is what I plan on playing with later this weekend. 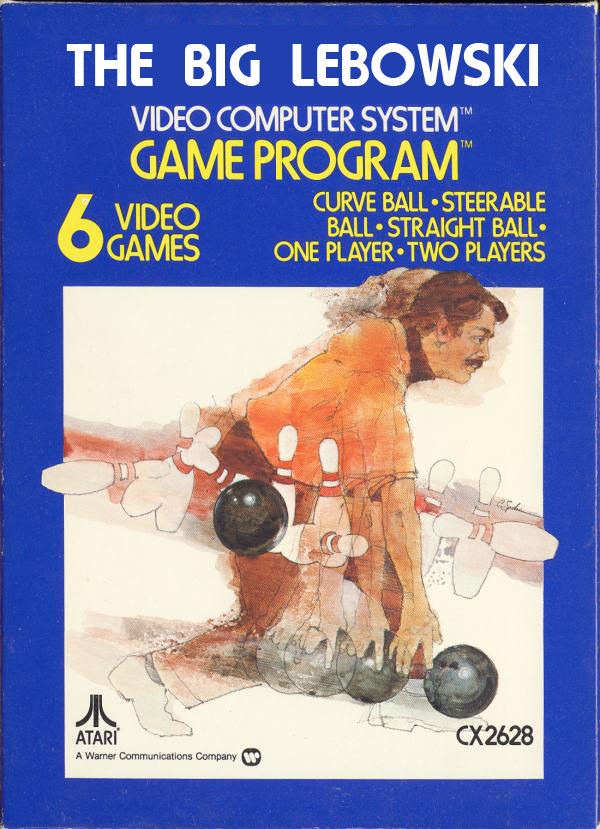