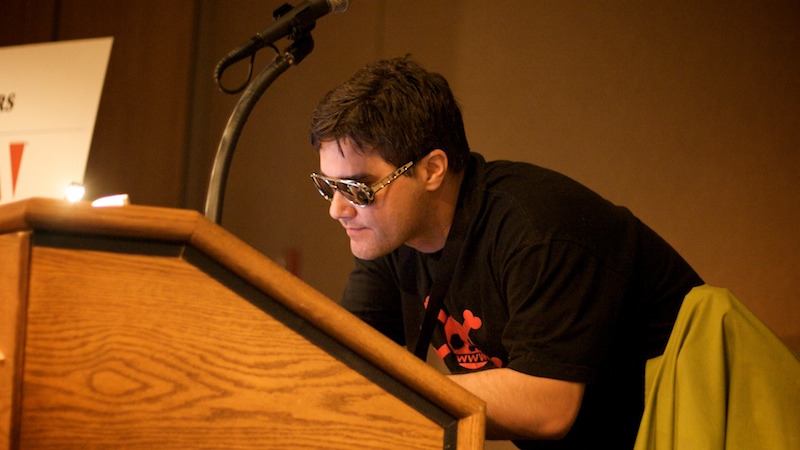 As Scott, Brian, D’Arcy and I headed out of Logan on Friday afternoon we were bantering in the soccer mom minivan when D’Arcy, in his usual wry way, said, “Does anyone else have a rat problem?” We all busted out laughing simultaneously, and it was at that moment that the genius of Brian Lamb’s keynote at the 2007 Open Ed conference shot me like an invisible bullet.

“Does anyone else have a rat problem?”…brilliant! This statement came about mid-way in Brian’s keynote presentation and it is appropriate that I start a post about this epic presentation in medias res. Why the hell was he talking about his “rat problem” during a keynote about open education? Well, it certainly has much to do with impeccable timing and showmanship (not to mention balls of steel) and Brian himself would be the first one to shrug it off as his “song and dance.” However, anyone who was there (and/or anyone who has ever seen a compelling performance) knows that what made this moment so amazing was that it was the means through which Brian disarmed his audience by asking them a question that I now see worked on a number of different levels. The literal “rat problem” which immediately has everyone thinking to themselves “Nope, not me” (vermin in your life, how disgusting embarrassing, etc.). 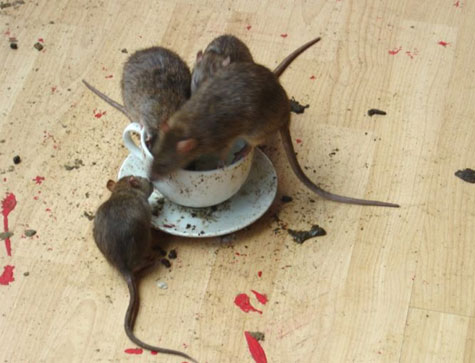 But, at least for me, the figure of the rat is something far greater in this presentation–he spent four slides on rats and garbage–and I started thinking about why this crazy interlude to talk about his on-going spam problems with the UBC wiki, the current garbage strike in Vancouver, the 2010 Winter Olympics, as well as the rat problem in his garage that is born of this aforementioned strike which reflects on the political collusion that fuels an Olympics. A tirade which calmly transitions into a slide that takes us away from the uncomfortable digression about literal, metaphoric, and political rodents and returns us to questions about institutions letting go of managing expensive, proprietary, and outdated technology. The move between these conceits represents the rabid, unacknowledged population of possibility, like the hated rats, who live within the interstices of larger, complex systems as adept scavengers who not only survive, but prosper and multiply as a result of other people’s wasteful practices. Scavengers of the web who take resources from a wide range of services and cobble and steward them into the most powerful, affordable, and open learning resource known to man or vermin: the internets.

There’s no question I might be spinning this rodent thing far from Brian’s original intentions (sue me!), but it was the slide below (which followed the previous four about Vancouver vermin) that started me thinking about all of this… 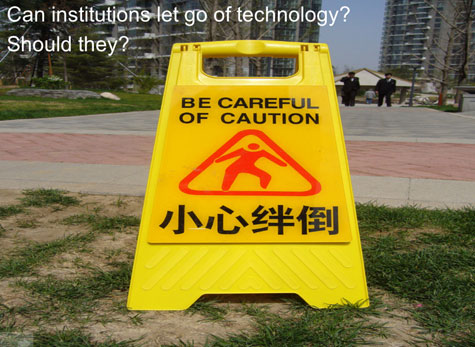 What do small rats loosely joined think about the ordering of ideas here? Is it just a coincidence? I tend to think not, for every detail of this presentation was so precisely crafted, despite what Brian might have you think. Does it make any sense for a community of rats to try and survive and propagate within a system that actively tries to poison them? How do we explain their unbelievable resilience? Do we have a lot to learn from rats? Can we let go of our disgust for the rabble and vermin that constitute some part of any complex network, and exist within a logic that can balance these seemingly antithetical and incommensurate realities? The figure of the rat as Brian framed it in this presentation is at the heart of these questions for he is subtly re-valuing vermin and re-framing for us the reality we all live in, yet pretend not to be a part of. A sharp political statement as much as an outright challenge to consider the ways in which we sanitize the spaces in which the messiest of work must be done: teaching and learning.

As you can tell by now I have gone far afield from Brian’s presentation and given you just an impressionistic sense and hair-brained interpretation of the mad genius that weaved an unbelievable story around the ways that things coming part might not necessarily be understood in terms of loss. The ability for Brian to simultaneously challenge and embrace ideas may be facilely discounted as contradictory or incongruous. But, in fact, it is this faculty that made this talk so deeply inspiring, it wasn’t only unbelievably gripping as performance, it was also deeply evocative as a means to elegantly problematize while affectionately living within some of the basic tenets supporting the infra-structural ideas of educational technology. Brian’s final slide sums it up even more eloquently… 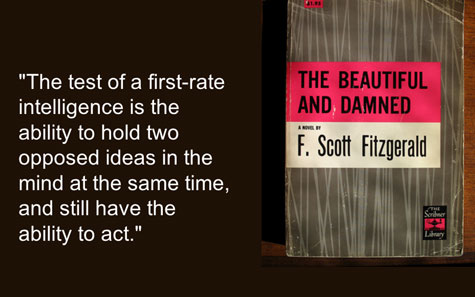 I’m not sure I have done the keynote presentation nor Brian any justice in the ramblings above, but I do know for sure that I will never look at rats in the same way again, especially rats from Vancouver. Bravo!

Some scavenged refuse from the talk:

This entry was posted in Uncategorized and tagged copyright, COSL Conference 2007, OpenEd, opened2007. Bookmark the permalink.