She-Devil with a Wallet

On my way out of Fredericksburg yesterday I stopped off at the Art Gallery/Studio Ponshop to pickup up a new comic wallet. Almost two years ago I bought the Hulk wallet there, and I was due for an upgrade. I love(d) my Hulk wallet. I could repair it with scotch tape whenever there was an issue (lofi!), and it lasted far longer than I thought possible. So why not keep the tradition going?

This time around I decided on a wallet featuring a scene from the new Red Sonja series by Gail Simone. I wasn’t familiar with the series, and Red Sonja is new to me, but I just loved the panel where Red Sonja is completely uncomfortable in the dress while one of her attendants marvels “You look a goddess,” to which she responds, “Well. It itches.” So good! Turns out the woman rebooting Red Sonja, Gail Simone, came to prominence in the late 90s thanks to her web comic Women in Refrigerators, which highlighted the ways women comic book characters were being serially disempowered in order to raise awareness and challenge the trend. Given Red Sonja has become one of the more overly sexualized female comic figures—bikini armor anyone?—it’s an interesting reboot for Simone. The things you learn when you buy art!

Another cool thing is that by searching the terms “you look a goddess” and “Red Sonja” I found the comic the panel was taken from thanks to Google Books. It’s from the 2014 Red Sonja: Queen of Plagues. 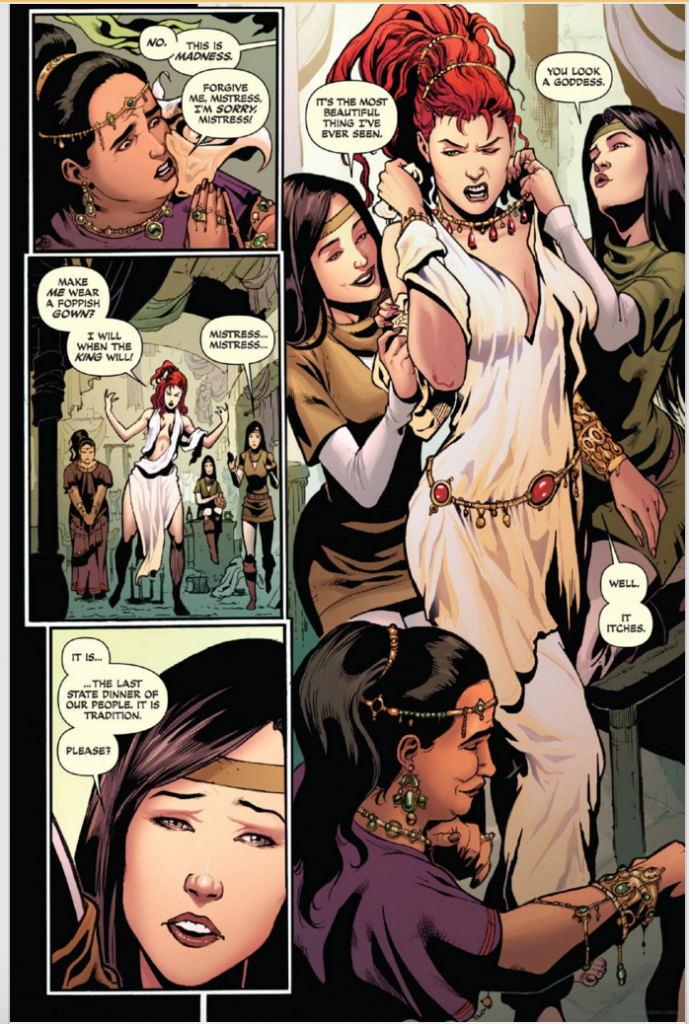 And working through the issue there are some pretty intense moments. This panel comes right before Red Sonja beheads one of the men who stabbed her king-killing friend in the back. 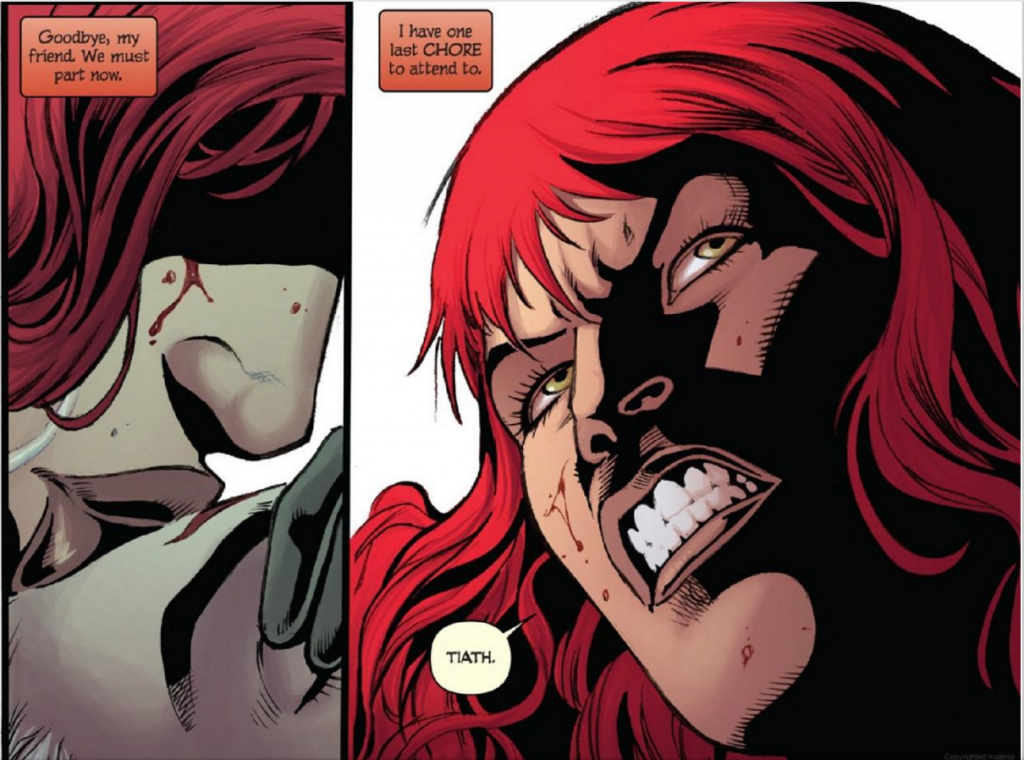 I am digging my new wallet, and I may have to dive deeper into this reboot of Red Sonja. In fact, it reminds me I also need to explore the whole world of Xena, especially given former student Anna Rinko has been doing amazing things with her Xena obsession by way of the mashup. It may be time for me to get down with some swords and sandals, I am in Italy after all!

2 Responses to She-Devil with a Wallet