St. Zeno and St. Anastasia walk into a Burger Joint in Verona 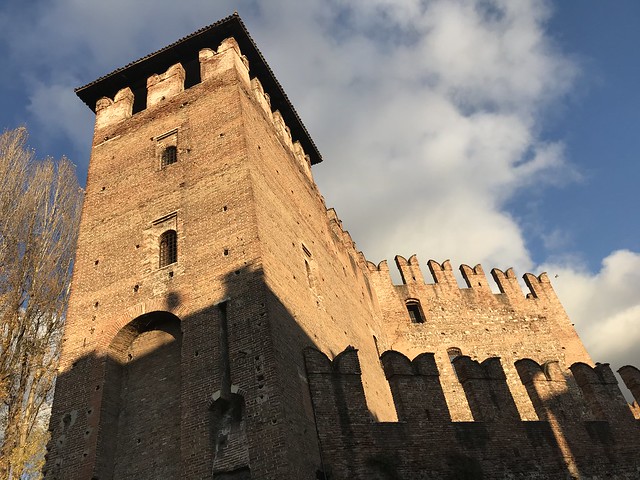 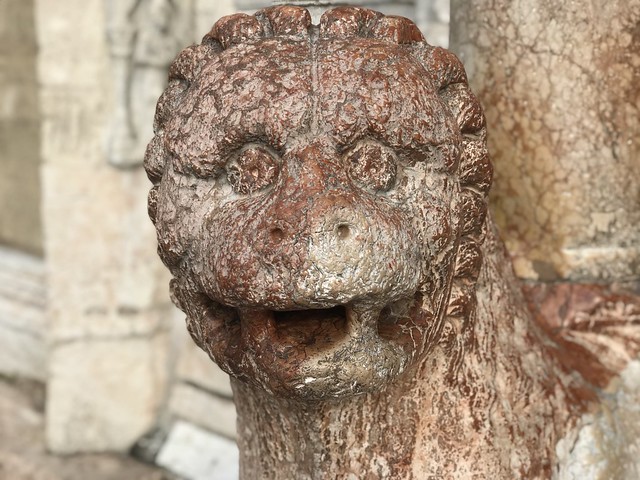 Anyway, last weekend we went an hour south to Verona which is an often overlooked gem of Italian cities. I have grown to really love going there these last two years. It is probably best know for being the setting for Shakespeare’s Romeo & Juliet, and Juliet’s house (Casa di Giulietta) is a major attraction. Also, the Arena is amazing and very well preserved, in fact you can still see concerts there—both Duran Duran and Kraftwerk played there since I’ve been in Italy. Arguably these two attractions are reason enough to go to Verona, and we’ve taken a few visitors there over the last couple of years. 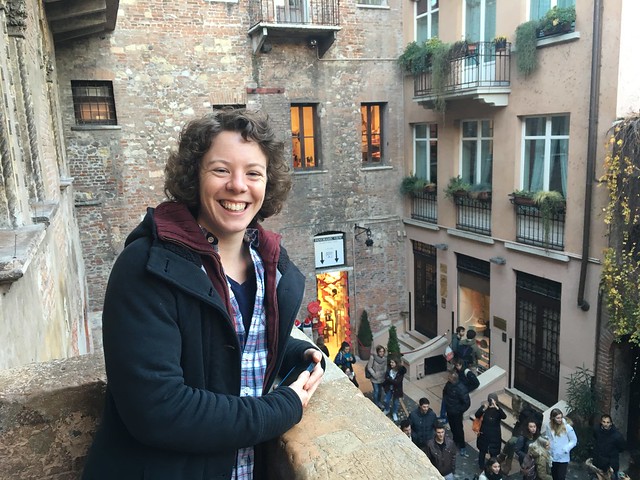 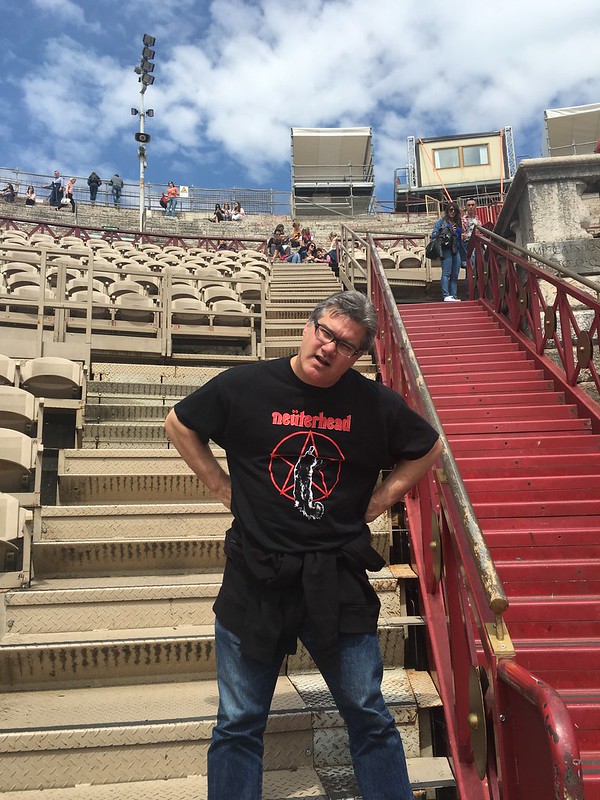 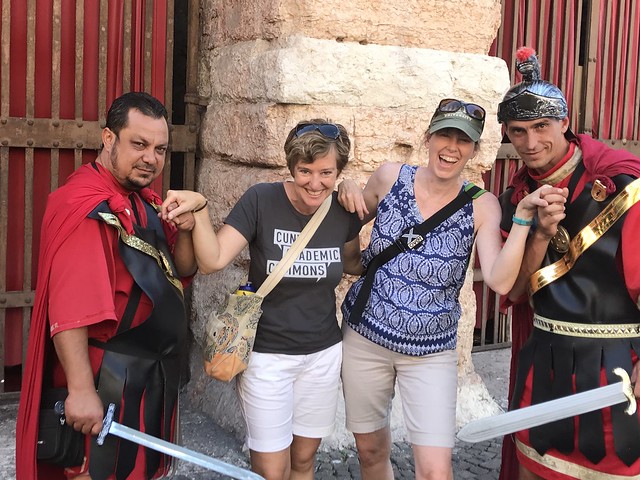 Verona’s Gladiators are not to be trusted

But this trip we decided to focus on the churches in Verona, in particular the Basilica di San Zeno, in order to see the altarpiece painted by the famous Renaissance painter Andrea Mantegna (it did not disappoint). Beyond Mantegna’s remarkable work, the church itself was something of a wonder. It is discussed as a model of Romanesque architecture and it was built and rebuilt over the course of more than 400 years starting in 967 and through 1398 (although significant work had been done since as well). It is known, amongst other things, for being the crypt where Romeo & Juliet were married (the lore from Shakespeare’s play is ubiquitous), and St. Zeno was of African descent and  he became the 8th Bishop of Verona during the 4th century and has since become the city’s patron saint.  It was a stunning church, and I’ll try and narrate it with some images, but they are a poor approximation, particularly Mantegna’s altarpiece—the power of which was impossible to capture. 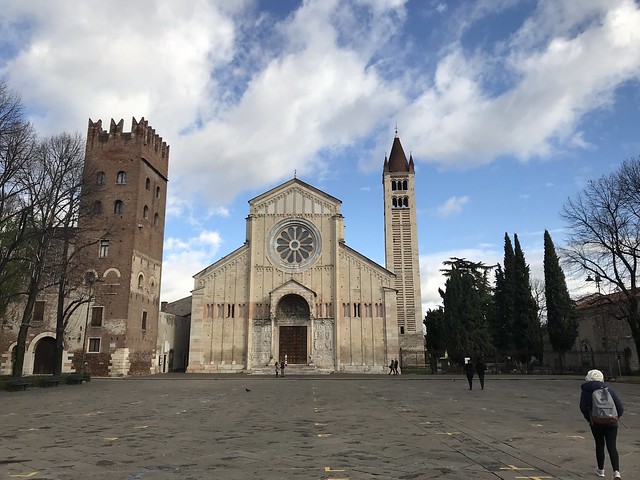 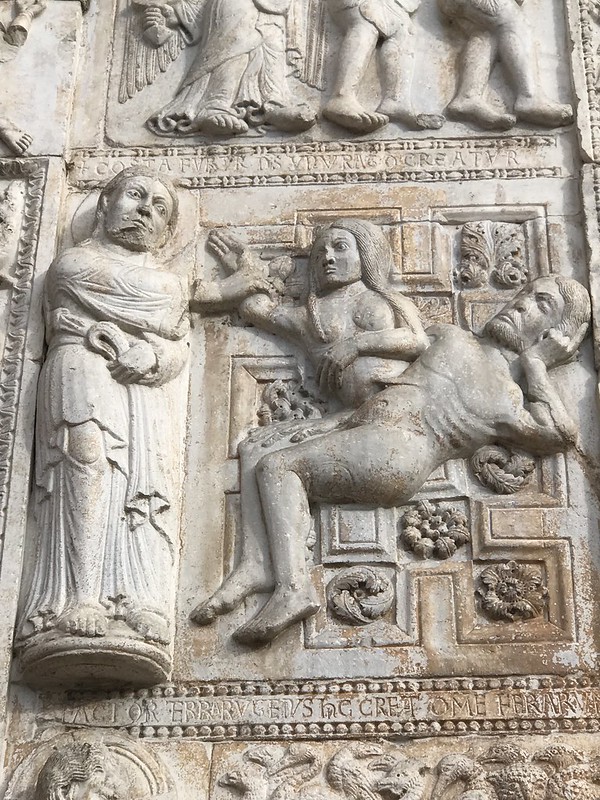 One of the facade reliefs: From Adam’s Rib 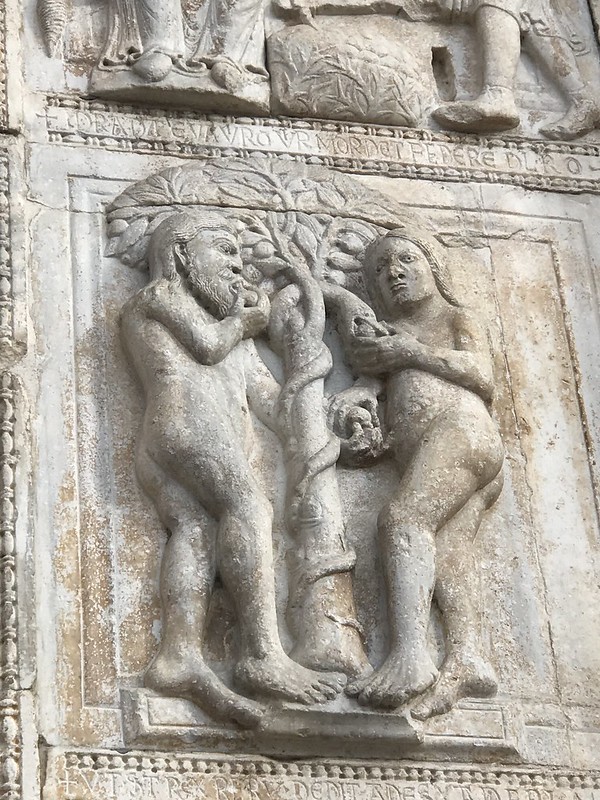 Views of the Cloister 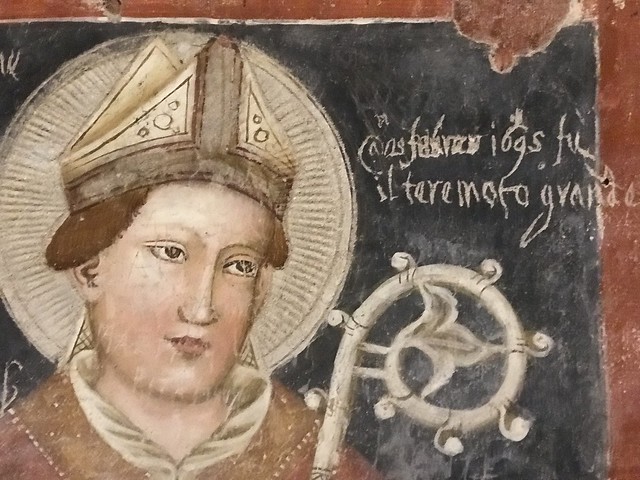 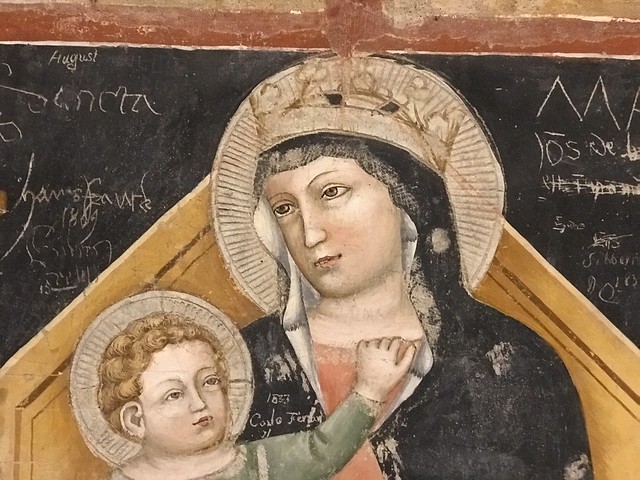 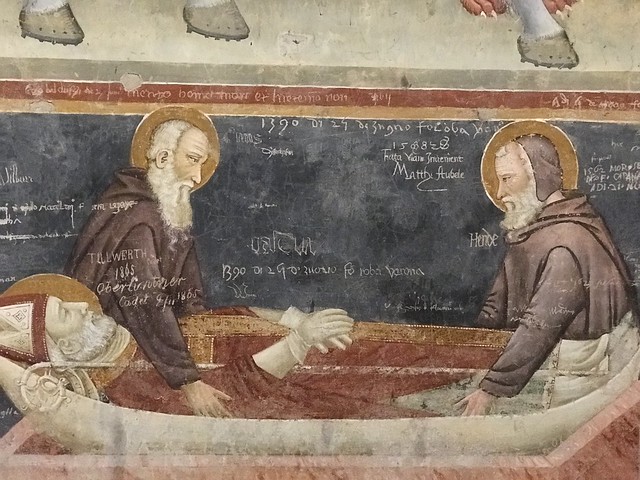 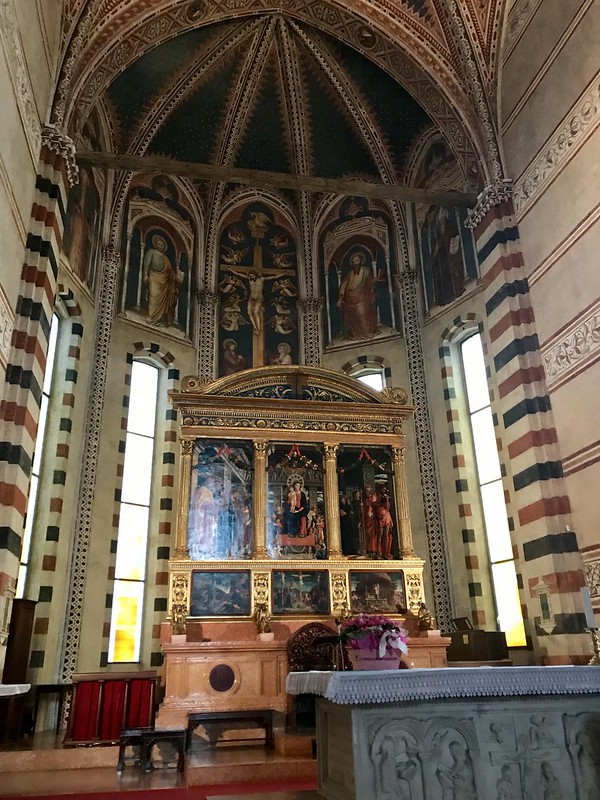 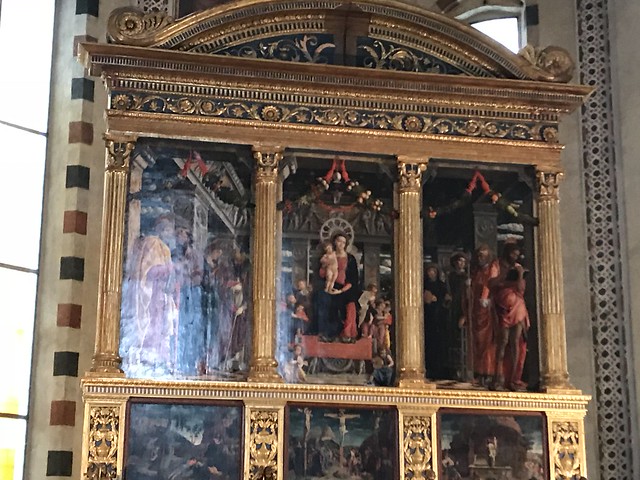 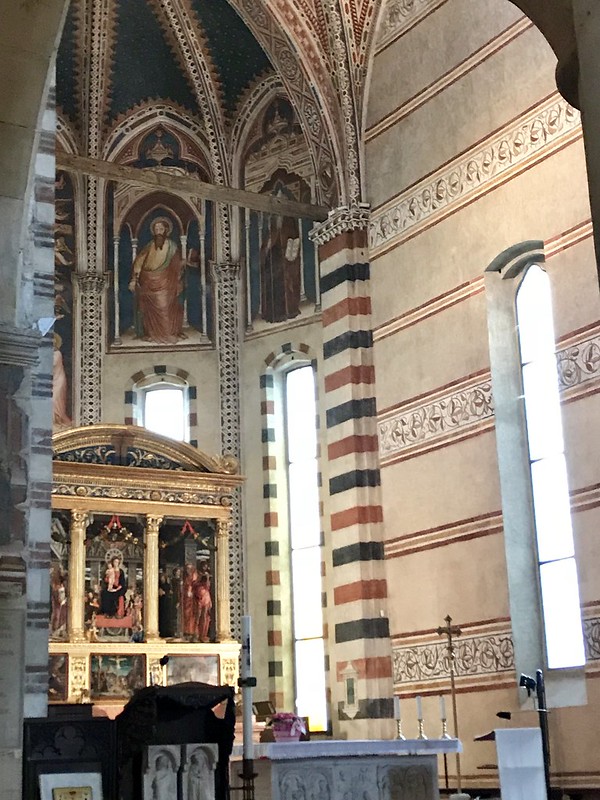 Photos of the altar, this is what we went to San Zeno for—to see Mantegna’s altarpiece, which is an amazing work. My photos do it no justice, but read more here: en.wikipedia.org/wiki/San_Zeno_Altarpiece_(Mantegna) It was like the garlands were 3-D, and the light and perspective of the triptych as a uniform, single work was amazing. 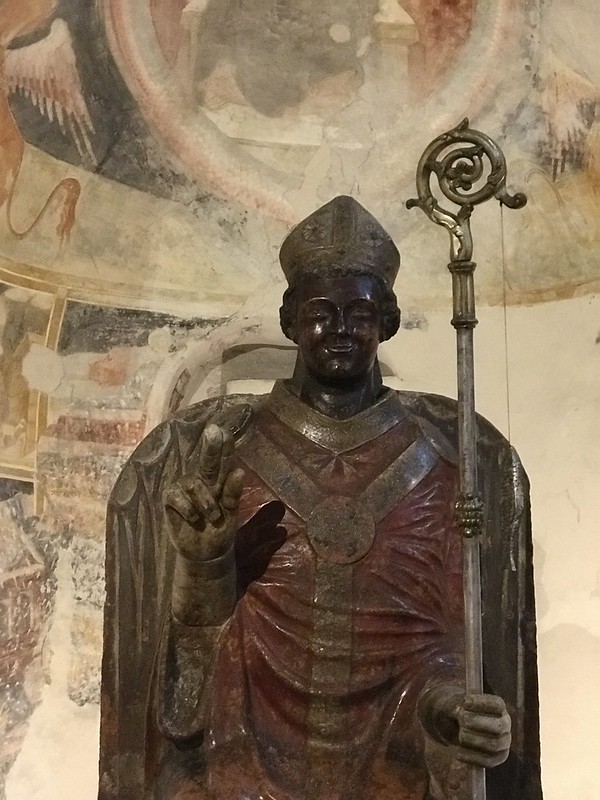 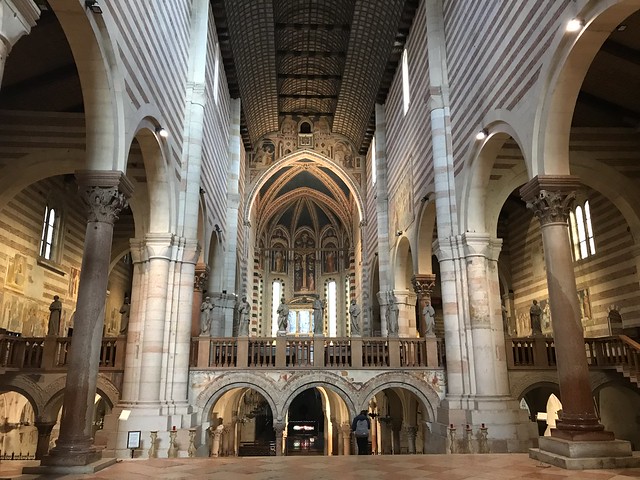 The many of levels of the basilica 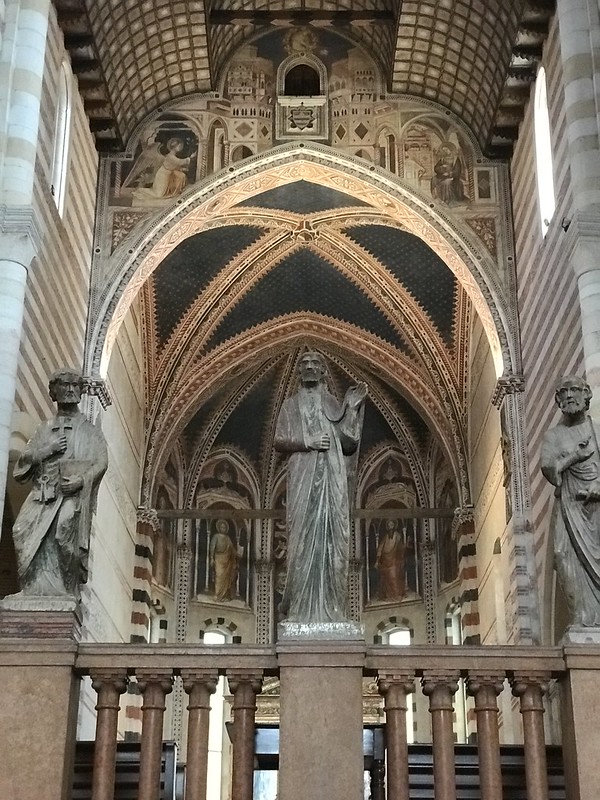 The church was amazing, and after that we went to Hosteria Moderna  for a nice burger. 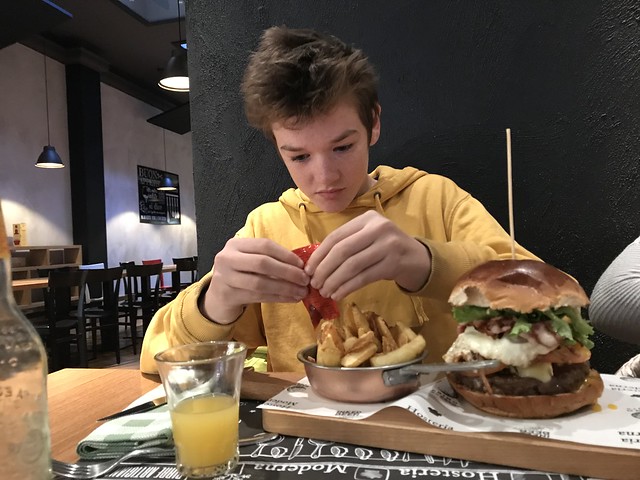 The we walked around the city, which is a treat, and the Adige river runs right through the center, it is truly gorgeous. 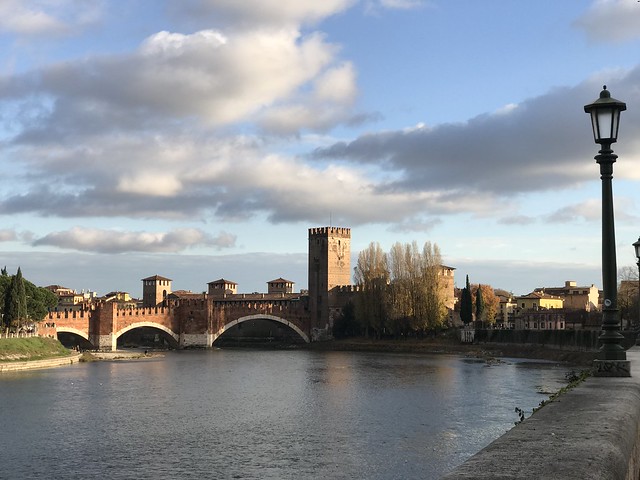 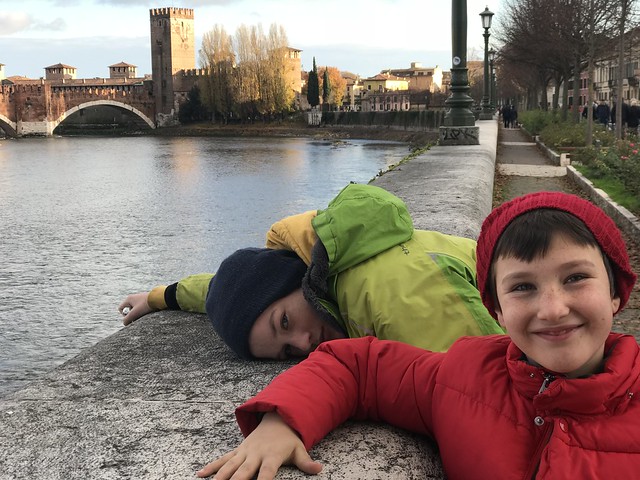 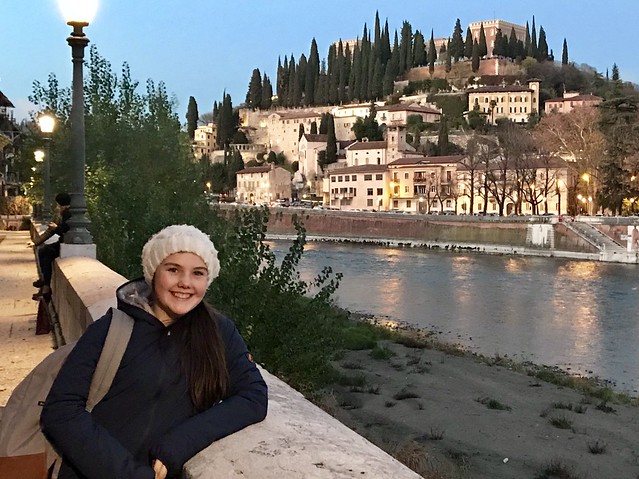 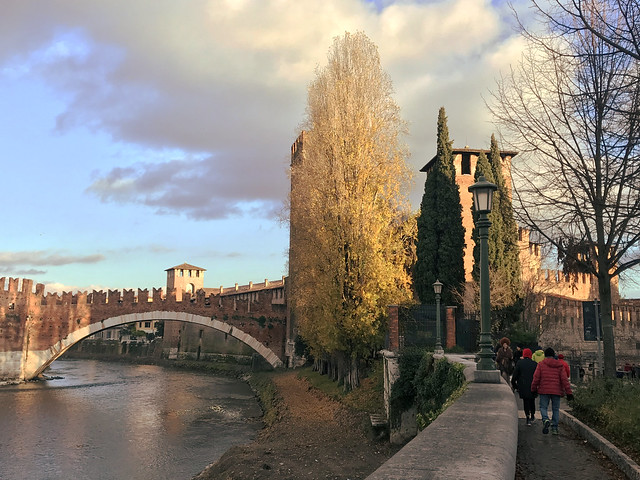 Then along the Castelvecchio… 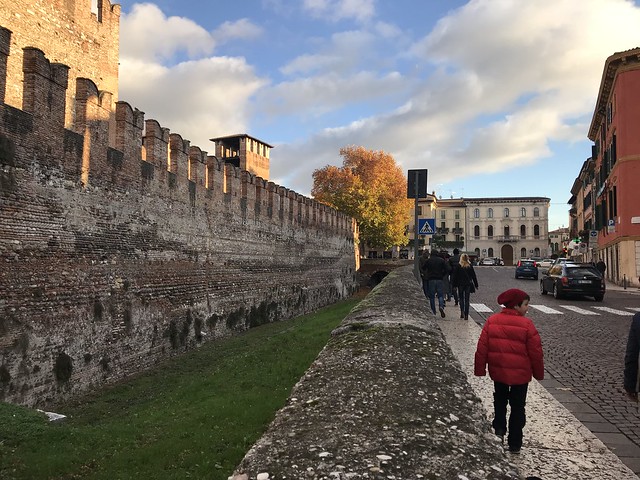 And then we headed to our second church of the day, the Chiesa di Sant’Anastasia, and the first thing I spied when walking in was the following chapel: 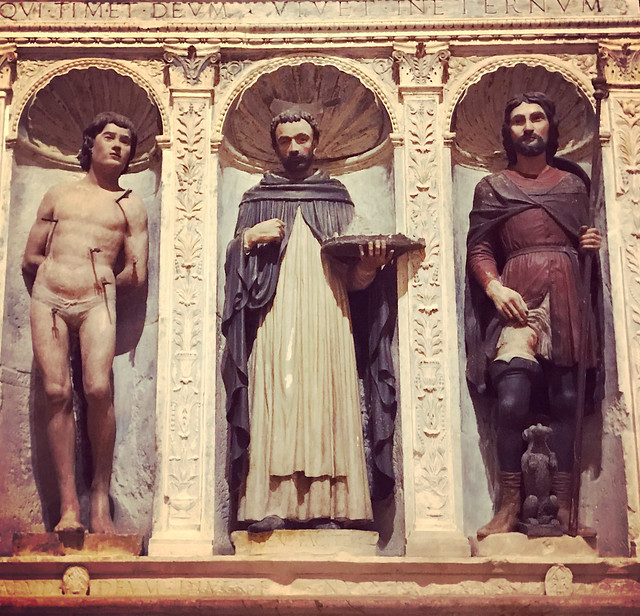 If you look close enough you can see the cleaver in St. Peter’s Head. Who needs Dario Argento when you have the Catholic tradition? 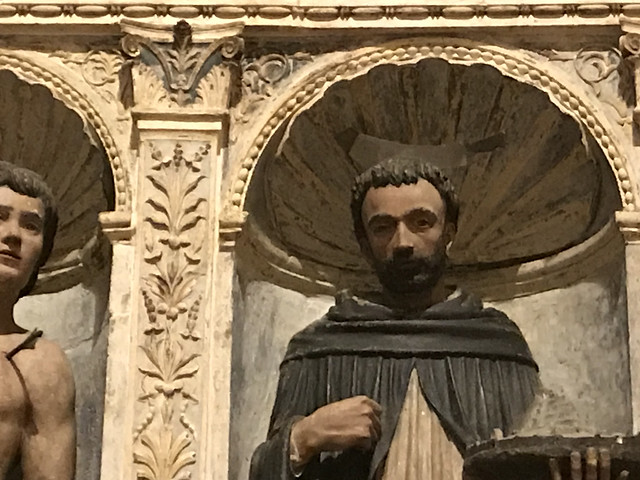 The fonts with holy water at the entrance were also amazing: the “Hunchback” by Gabriele Caliari was a highlight. The wait of the fountain for more than half a millennium on his back, poor dude. 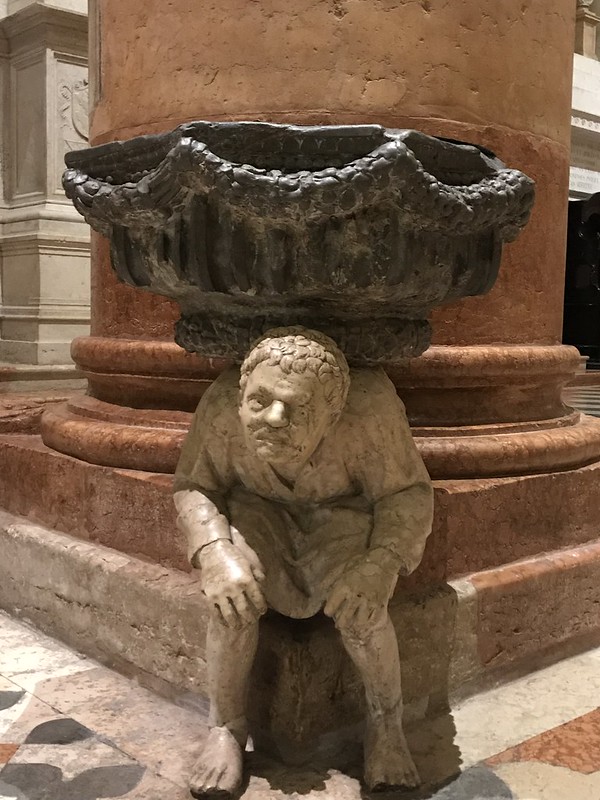 Another highlight for me were the floors. They were all original from the 14th century, and maybe the most beautiful I have ever seen. It also explains Q*bert: 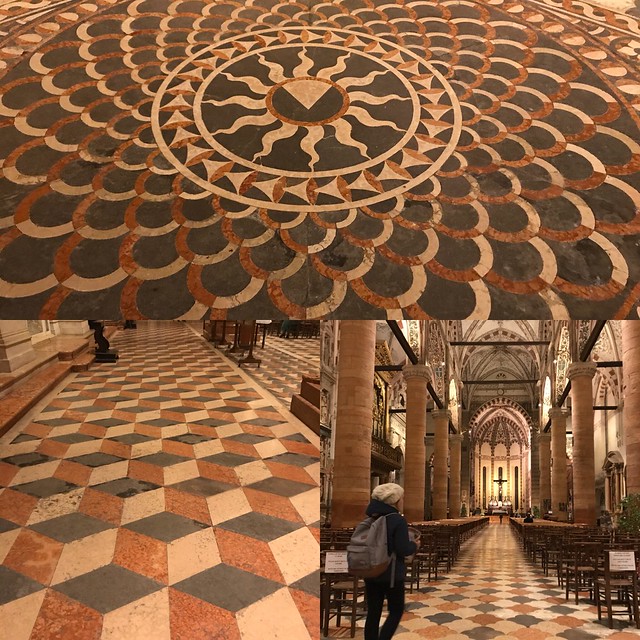 The biggest surprise of the day was the St. George and the Princess fresco by Pisanello. It was high above one of the numerous altars around the church, and unless someone pointed it out you would never notice it. Luckily Antonella is more knowledgeable and observant than me and she pointed me to the video near the chapel that tells the story of this International Gothic masterpiece. 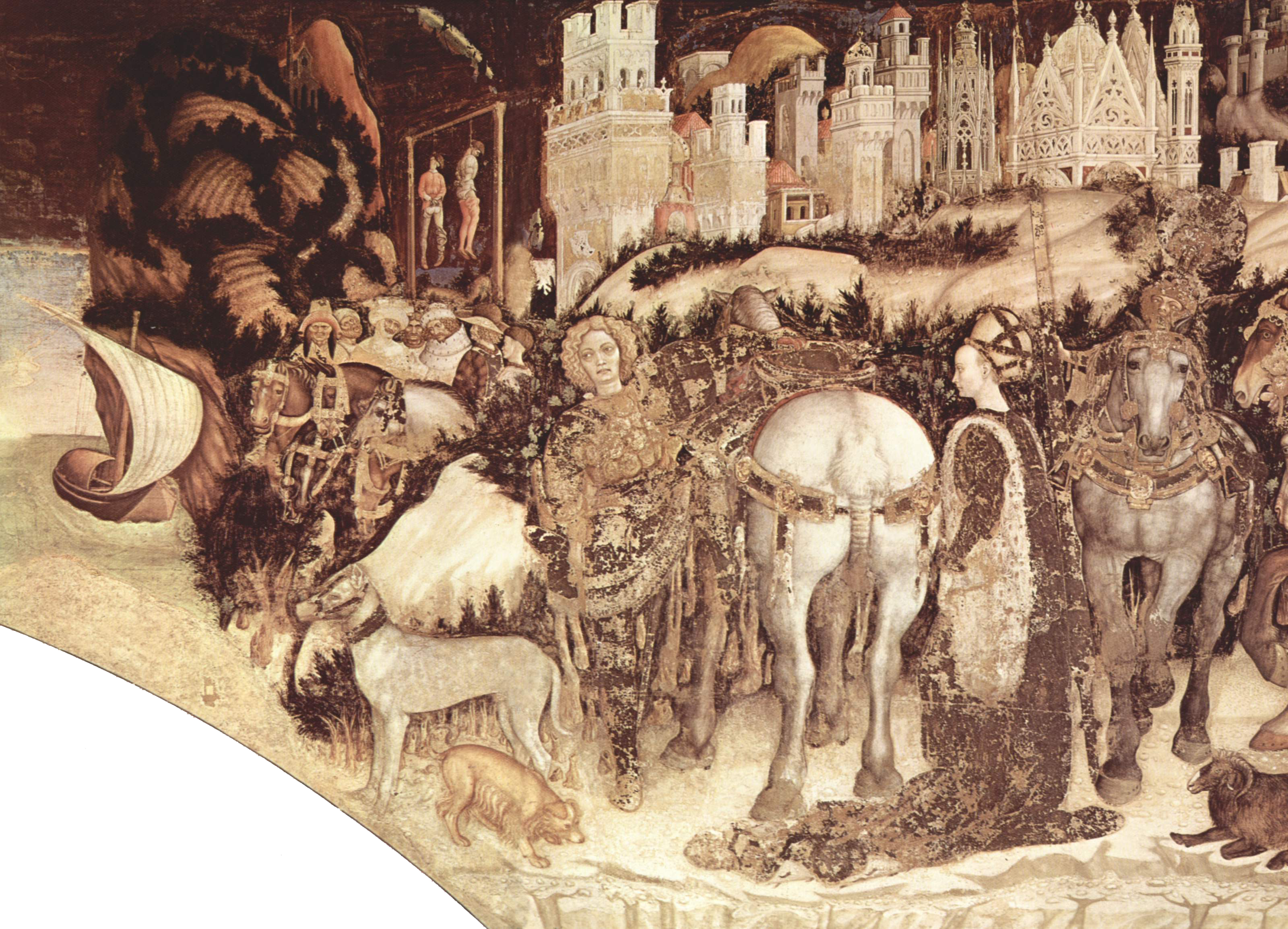 While it has been damaged over the years, you still get an excellent sense of the various characters that make up the princesses procession as she sees St George off to battle the dragon. The painting really struck me for all of its myriad fascinating details, and it was just another reminder of how a a cultural masterpiece seems to lie around every corner in Italy. That said, for every masterpiece there always seems to be an accompanying creepy cherub: 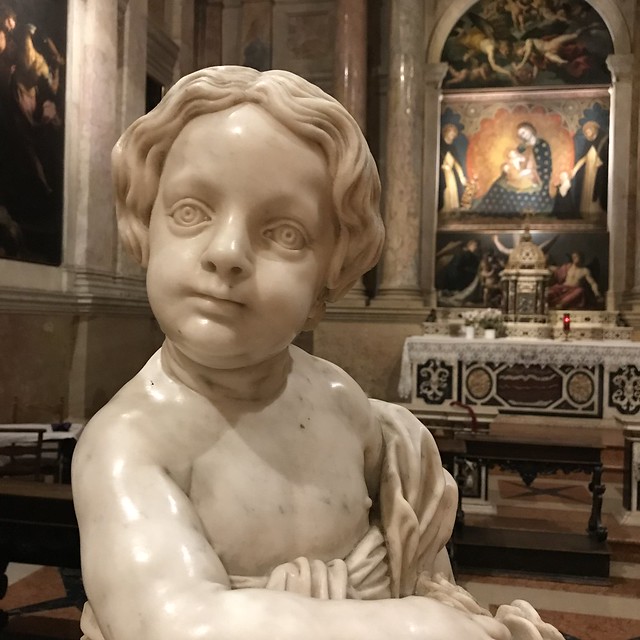 It was a pretty awesome day trip, and if you do get to Verona and are looking for something to see besides the Arena and Juliet’s house, let me recommend Basilica di San Zeno and Chiesa di Sant’Anastasia, and maybe even a solid hamburger if you find yourself far from home.