So, I’ve been spending a lot of my time with Miles working on narratives, reading, and generally developing a sense of wonder, and I personally believe that are few better ways at this than sharing my own enthusiasm with the original Star Wars trilogy. We’ve recently watched all of the movies, and we’ve also been going through innumerable books from both the library and bookstore to work on reading and generally flesh out the narrative through all sorts of tributary narratives. It’s a lot of fun, what’s more is I’ve been spending time looking for Star Wars fan fiction, and there is always good stuff—like Tatooine (the song/paper art piece) as well as the Boba Fett invoice. And then there are the innumerable brick films like, for example, the Sand People framed as The Hills Have Eyes. 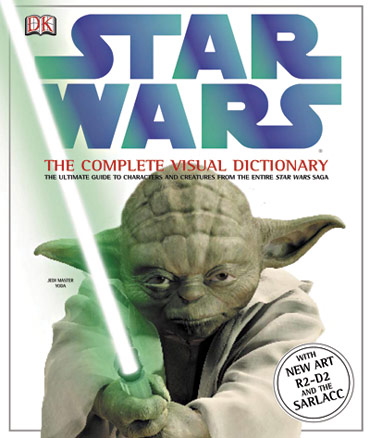 We recently got the Star Wars: The Complete Visual Dictionary from the library and worked our way through it over the last few evenings. I’m try to be open-minded about the new trilogy, episodes 1-3, and this dictionary has Miles all excited about the new trilogy. I know we have to watch them, and I’ve learned to accept that fact. But working through the dictionary I began to get kinda pissed off. Here’s the problem, it breaks episodes 1-3 up into their own sections and spends an inordinate amount of the book talking about every detail of these first three films. In fact, the first three sections add up to over 200 pages, while the fourth section (which is only one section dedicated to films 4-6—OG Star Wars) is given only 79 pages. So let’s think about this for a second, each of the new trilogy films have their own section and just about as many pages as A New Hope,  The Empire Strikes Back, and Return of the Jedi but together. How can this be? I mean what kind of Ph.D. shill, namely David West Reynolds, puts together a dictionary the short shrifts the classic trilogy so blatantly in the service of promoting Lucas’s vision of the new trilogy as the expansive, richer mythical universe—something any detached critic knows is not the case. I’ve been arguing with Miles vehemently about problems with how this book was constructed, the obvious bias of the conception and design, and the fact that the story is presented as a chronological dictionary compromises the brilliant and rich vision of the original trilogy. It’s a deeply problematic book, and Miles needs to know this—this is my first goal of unschooling. Free him from the propaganda and lies that somehow there are six Star Wars episodes rather than three.

Now, with all the negatives I have to share about this book, I do have to admit that the pull out of Sarlacc, the Tatooine desert monster that digests it’s catch over a thousand years, was fun to work through with Miles. One of his favorite scenes of the original trilogy is the scene on Jabba’s ship—which is for me the best and redeeming part of Jedi. 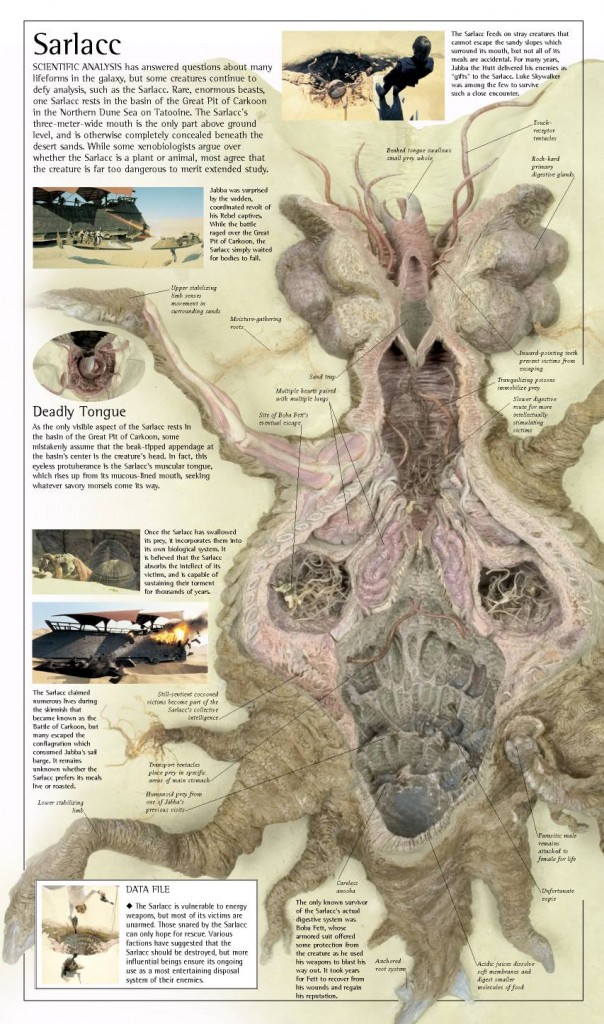