While everyone has been waiting for the future to arrive thanks to the latest and greatest technology, Apple’s iPad, one school district in Temple, Texas, has decided to take the bull by the horns and create a cutting edge application of both old and new technologies. Given Temple’s unanimous school board decision to resurrect the tradition of paddling their students last May, they decided that the best way to garner support and make the move more palatable for the rest of the country (particularly the social media crowd) was to conflate this draconian practice with the hype surrounding the iPad. And as a result, the latest tool in educational technology and classroom management was born: the iPaddle. 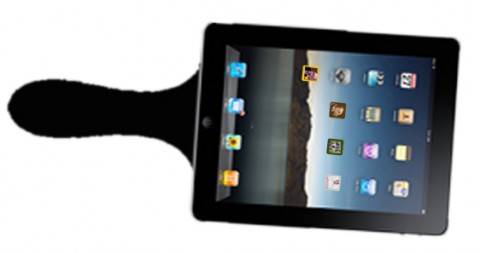 And while most school districts across the country banned paddling of students long ago. Texas sat that trend out. Nearly a quarter of the estimated 225,000 students who received corporal punishment nationwide in 2006, the latest figures available, were from the Lone Star State. In an attempt to revitalize the image of paddling in Texas, which is currently under federal scrutiny, the school board in Temple, Texas decided to illustrate that paddling is in may ways the future of education, and what better way to make that point than to give every teacher an iPad which can easily second as an iPaddle with a few basic customizations provided by the custodial staff.

“It just made sense,” one teacher notes, “when you realize that the federal government has outlawed physical punishment in prisons, I think the time schools start distinguishing themselves from these increasingly fangless institutions is nigh. We have an opportunity to redefine the future of education, and let’s face it, you can’t do that if you don’t partner with Apple in some way.”

Several companies have already started creating apps for the iPaddle, including the fun-loving Whoopy Cushion app, the “thank you sir, may I have another” app, and, best of all, an app that will play the tune of the school’s song while the miscreant is being paddled.

This entry was posted in Uncategorized and tagged fun, ipad. Bookmark the permalink.

7 Responses to Texas innovating with iPad: Introducing the iPaddle