One of the interesting side effects of regularly blogging on the bava for almost 11 years is you get a longer view of the things you’ve written. I’ve posted a lot about technology, education, WordPress, domains, etc., over the years, but if analytics don’t lie, most of that stuff has dormant for a long while. I really can’t blame folks for that, I wouldn’t revisit it either. But there are a number of posts I’ve written as many as 10 years ago that have seen uneven, but ongoing, traffic since they were published—perhaps not surprisingly none of them have anything to do with edtech. In fact, the posts that get re-visited have had very little to do with what I wrote, but have become a site for often personal remembrances and conversation.

Let me give you a couple examples. Eight years ago I wrote a one-off post about a Hank Williams performance at Sunset Park, PA. It was a sound file I got from this post on the now quiet WFMU blog [moment of silence]. I listened, loved it, then blogged it. Nothing profound to say about Williams other than how personable and intimate the Sunset Park venue most have been. But, the 35 comments on that post tell stories of time gone by and memories of what was. It starts slow with me getting a hot linking lecture for the audio file, but soon enough the Sunset Park fans come a knocking:

TJBigDog64 says:
October 11, 2008 at 12:18 pm
Man ol’ man! It just doesn’t get any better than ol’ Hank!
Sunset Park and New River Ranch are all but gone now. Just a mere memory. How sad; I really wish they were still around for us younger ol’ timers to enjoy. ?

Becky says:
December 19, 2008 at 5:04 pm
This is great!!! I am now 35 years old, but have a lot of memories from Sunset Park. From as early as I can remember until the time I was around 12 of 13 (and wanted to stay home) my parents would pack us up every summer weekend and we would go camping at Sunset Park. So many great summer memories from childhood were there. I’ll have to get an address from my father for you.

What’s interesting is that the thread becomes about childhood memories of Sunset Park that often involve being dragged their by  parents and grandparents. No particular interest in any one star, though a number get mentioned, but more of a focus on the place, which makes sense given that was probably what they were looking for when they found this post. But there is also this idea, as you can see in the last comment above, of finding the old farm/park. To which someone replies almost 3 years later with specific directions followed by the heartbreaking line of the thread for me:

But it doesn’t end there, folks talk about their dad playing fiddle there, their uncle playing drums, their parents dragging them as rebellious teenagers, their siblings getting autographs, and on and on. It’s a nice stroll down other people’s memory lane:

diane miller clayton says:
December 6, 2011 at 9:52 am
my dad Sonny Miller played the fiddle with a many of bands there every Sunday. we looked forward to going there every Sunday. DOES ANYONE OUT THERE REMEMBER THE INDIAN DOWN BY THE WATER FOUNDATION? trying to find out what his name was. please let me know.

The whole all caps “INDIAN DOWN BY THE WATER FOUNDATION” question had me fascinated, and I was hoping someone would respond, but no luck. Soon after this comment the grandson of the folks who ran Sunset Park joined the thread:

Casey Waltman says:
August 10, 2012 at 9:45
My grandparents were the owners of Sunset Park. They are in their 90’s and still live in the farm house on the corner. My grandfather would be thrilled to read these comments of all the memories you have. I am one of five kids and my siblings were raised working in the park; selling t-shirts, ice cream, etc. I was only six when the roof caved in, but the memorabilia is all over their house and I’m glad to hear that Sunset Park hasn’t been forgotten.

Jessica says:
April 5, 2016 at 7:41 pm
hello! I am the owner of Sunset Ice Cream parlor on lycoming creek road as of October 2013. I am trying to find more information or pictures of the park to hang in the parlor! If you have ANYTHING, even just the whole story of Sunset Park would be great! My email is…. THANK YOU!

And so on, for near on 8 years there have been a string of comments sharing quite personal (albeit short) remembrances of another time and place right here on the bava. This is a side of the bava I rarely talk about, but for me preserving these conversations and making sure these remembrances are discoverable is also part of what I consider my responsibility as a blogger. And, truth be told, I love this part of it. I think the comments above (and the ones to come) may have proved some of the most meaningful for me because they’re accidents of the searchable web that just happened to land on this little spot for a moment. Kinda like what happened when the highway system was built, and up cropped diners in the middle of nowhere America. Over time they become small, rundown, sun-baked spots (like the bava) that serve up a decent meal at a fair price. I imagine this variety of posts that take on their own life as kinda like Twilight Zone diners on the internet, and I’m the host that makes sure they are well taken care during their short stay, all the while listening to the tales of strangers on their way to or from somewhere else. 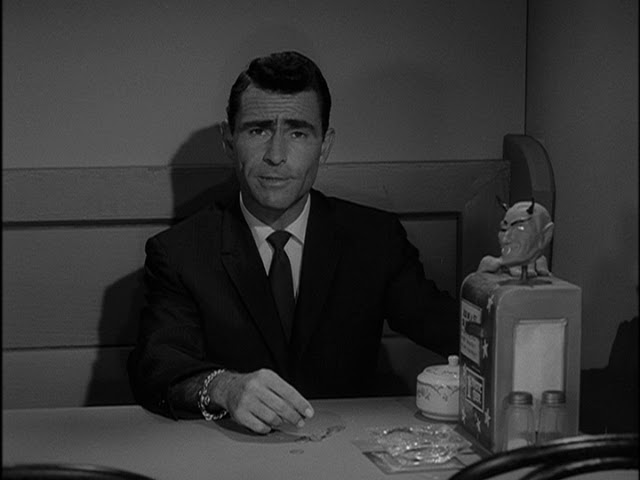 All that said,  I am probably writing this post because Gene Wilder died the other day, may he rest in peace. Strange segue way I know, but it will make sense in a second. Back in 2010 I wrote a post about the character actor Erland Van Lidth, who like John Cazale died way too early. And that’s how the post went, talking about the films he was in which were defining for me as a kid, namely as Terror in The Wanderers and Grossberger in Stir Crazy (and there’s the Gene Wilder tie-in). I have written a bunch of longing posts about the cultural figures of my childhood on this blog, but for some reason this one became a thread for folks to share their Erland Van Lidth’s memories:

Classmate says:
March 27, 2012 at 5:43 pm
Erland was an amazing man….
I first met him when he was a member of the Boston Symphony’s Tanglewood Festival Choir.. where he sang Tenor….
Then were were classmate s( he was one year ahead ) at MIT…
I remember him being on the wrestling team…..
When he started to show up in the movies….
we were pleasantly surprised….

Bob says:
February 7, 2014 at 6:45 pm
I was three years ahead of Erland at MIT and sang shows with him. He did not sing in Stir Crazy. He could have, but when the music was ready for later dubbing in, it was in the midst of a strike and he couldn’t participate. BTW, at MIT he was fondly known as “Baby Huey” — affectionately of course.

Classmates from his years at MIT offered fine remembrances of Erland, and I learned he was not only an actor, but also an MIT alum, a talented Soprano, an Olympic-caliber heavy weight wrestler, and a Computer Science instructor at Manhattan Community College. Wild, but soon after I am in for another surprise:

Philine says:
February 5, 2015 at 7:15 am
Thanks for your thoughts about my brother – it’s good to see people still remember him and appreciate his work. He was a truly remarkable man, and I miss him still. BTW, he may have stumbled into film acting, but he did theatre throughout high school and college. As Bob may well remember, he was an impressive Richard Henry Lee in “1776” at MIT, and Miles Gloriosus in “A Funny Thing….” – the audience roared when he said “step aside, I take LARGE steps”. He sure did.

And just last year Erland’s brother chimed in to say thanks and share anecdotes about his stumbling into acting. So awesome. And then this gem of an exchange:

Dougdenslowe says:
August 1, 2015 at 7:31 pm
Frank Miller said in a interview,way back when,that he based the Kingpin on this actor.Frank wasn’t the first writer/artist to use Kingpin in the comics,but in his Daredevil run in the ’80’s,was what brought the Kingpin his huge following.He was a minor villain in Spider-man,but Frank Miller’s Daredevil was what we all remember him by.

So, Erland Van Lidth inspired Frank Miller’s villain Kingpin in the 1980s Daredevil comics? How awesome is that? And this was news to Erland’s brother Philine as well. 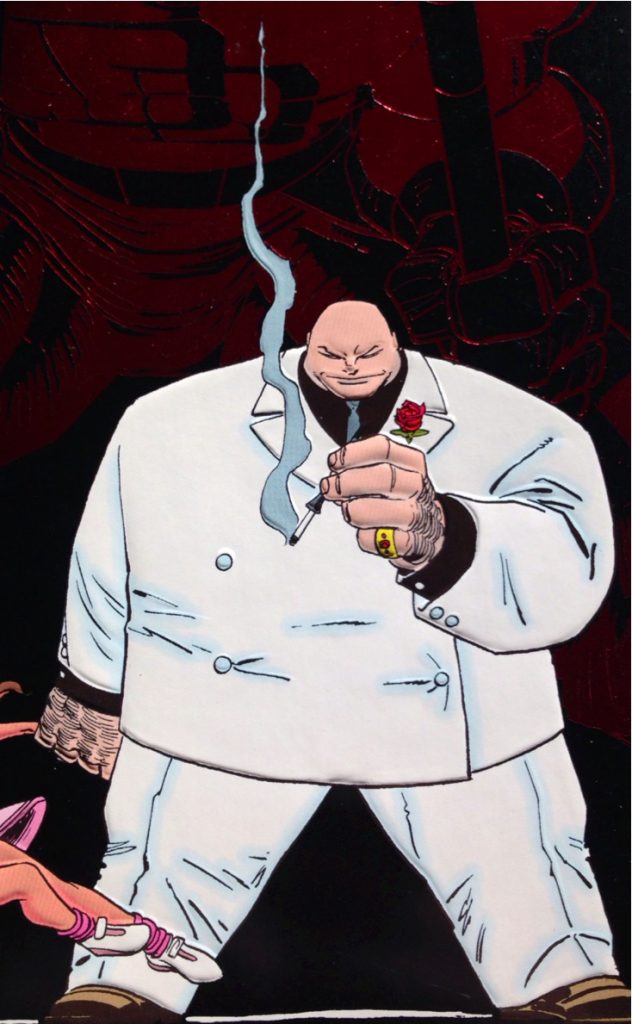 I’ve been meaning to write this post for a while now, and these are just two of the 9 or 10 posts on the bava that have taken on a life of their own in the comments. Random people have been treating these posts like diners in the middle of nowhere web bava to share their stories, what’s more these comments have almost all been genial and genuine, which is reaffirming for me. And, unlike Sunset Park, this blog will never become an old folks home and a strip mall!