On Saturday night Noise Professor went to see Mike Watt + The Missing Men play the last leg of their Hyphenated-Man Tour at the Blue Lamp Lounge in Sacramento. And you know what I kinda felt like I was there, even though I was sitting in my den here in Civil War Land on the other side of the country.How is that/ Well, because the mad professor streamed the whole concert through his phone to ds106 Radio, and I used Audio Hijack to record that live stream. Just a little friendly collaboration on the web. It was an amazing concert, and what’s more it was remarkably clear broadcast via a cell phone–who sick is that? Anyway, this almost seems quotidian on ds106 Radio these days, and I think that is why it is such an amazing thing we have set in motion. 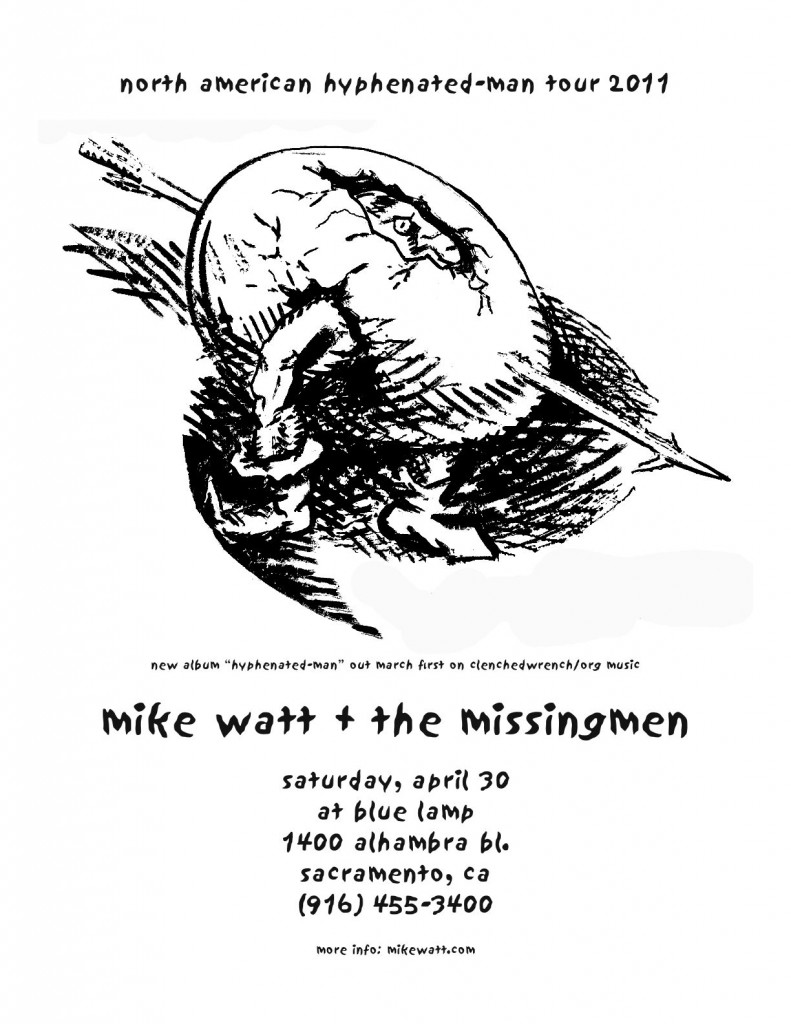 Here is the recording, there is a little Iggy Pop doing “Repo Man” before the show starts, and you will here the anticipation of the crowd for a few minutes before it gets going, but when it gets going look out. They performed The Third Opera for the entire first set, then did an encore with some classics—great stuff. And here it is, courtesy of the great Noise Professor and ds106radio.