The Many Faces of Domain 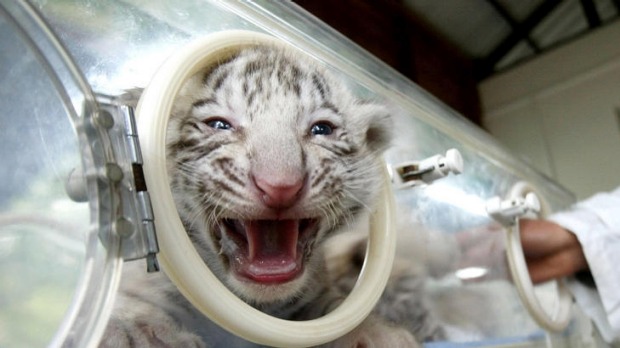 It’s going to take several posts to try and capture the unbelievable experience that was the Domain Incubator held at Emory University this past weekend—mad kudos to Pete Rorabough and David Morgen for putting on a stellar event. This post will try and capture an immediate take away from those two days, namely how many different approaches folks can take to Domain of One’s Own.

Several of the schools at the incubator were interested in Domain of One’s Own as an extension of the work already happening in their writing programs. As Brennan Collins from Georgia State University noted, thinking Domains pedagogically and developing faculty for integrating the digital into their courses is not unlike the Writing Across the Curriculum initiative that’s been around since the mid-70s. This struck me as an excellent approach, particularly since I had some personal experience with the movement as a Writing Across the Curriculum fellow at CUNY’s College of Staten Island from 2000 to 2003. Such an interdisciplinary frame for integrating digital approaches into the classroom gets away from the potential to relegate the digital to a specific discipline like “Digital Studies.” The digital is discipline agnostic, it contains them all!

Another approach that I’m deeply enamored of is Audrey Watters’s and Kin Lane’s “Reclaim Your Domain” vision. These two have their intellectual and technical understanding of the web so finely tuned at this moment that it’s a real privilege to spend time talking it through with them. And to be clear, Audrey’s keynote about Google’s nefarious practices and the moral imperative for reclaiming one’s online life is the best argument I’ve heard for this initiative bar none, watch it for yourself—you’ll see what I mean.

And their vision goes beyond just educational institutions, yet I think they both see this space as crucial to the ethos of their work. They point to a bunch of work already happening in the reclaim space such as Learning Locker, the Locker Project, IndieWebCamp, and Zapier to name a few, and there is definitely a sense that this space is started to emerge as an important alternative to fast food socail media. They’re on a mission to push people to think about questions of ownership of their online life and do everything possible to educate as many folks about why it’s critical to control their data. What’s more, they want to connect the technical pieces that makes it possible. I want in on all of this, this is the kind of educational evangelism I would gladly become a crusader for, and it doesn’t hurt that Audrey and Kin are the real deal. They’re laying down the cobblestones that will bring us to the beach, so to speak 😉

Another take away from the Domain Incubator is that there’s a lot of folks who are coming to this whole thing with a wealth of experience. One of the many folks I really appreciated over the two days was Clay Fenlason. He works as the director for Georgia Tech’s academic technology department, and he has spent a lot of time in the field over the last ten years so he knows of what he speaks. The best part is soon after the conference he started his own blog at unlearned.org and began firing off thought gems.

I’ll be talking about the “Middle Layer” post he wrote in my next missive on the incubator, but for this one I want to point to his “Two Deserts” post in which he talks about his own groups’ walkabout in the open source desert that was Sakai back in the mid-2000s. He eloquently captures his own journey trying to create an environment that embraces the web while at the same time engages as many community members as possible:

Around the same time I think I was going through a desert of my own. It started in a different place, in an open source community. There was this feeling, in the early days of Sakai, that the important thing was to put higher ed back in charge of its core mission, rather than outsourcing it to LMS companies. Never mind the design assumptions implicit in the software, we could work that out as we went. The important thing was that there was a community of people who really cared about the academic mission, working together. We would get to a better place eventually.

It was around 2008 that a few of us started to feel that it wasn’t enough, that simply wresting control of our technologies away from proprietary interests wasn’t enough to get us into a better place for online learning. Community source was a different way of doing software development, but it wasn’t allowing us to rethink the model or take on the deeper challenges and opportunities the Web presented.

I think those of us who drifted from the Sakai community were animated by ideas similar to those behind Domain – empowering learners as creators, engaging with the Web rather than walling ourselves off from it, unhooking human connections and networks from the administrative superstructure that gets in the way – but I think we ended up in a very different place. We ended up with an online platform that tried to facilitate these things for you. We call it the Open Academic Environment.

I love the narrative he provides of this journey through trying to find a way to create a better online space for teaching and learning. UMW’s DTLT has been on that same trajectory, and the challenge of balancing the coherence provided by prefab learning management systems (LMS) versus the freedom and possibilities of the open web is one just about any school considering Domains will confront. I’m glad Clay appreciated my harping on this point in my talk because as an educational technologist it’s impossible to ignore this tension if you want to bring Domain of One’s Own to your campus. UMW has made a choice to support the LMS as a baseline, but we continue to invest more time, energy, and evangelizing into open web technologies.

These various faces of Domains is how we start thinking more pointedly about how this platform, for lack of a better word, becomes integrally linked to cross-disciplinary curriculum and personal empowerment—so it’s just not another alternative to the LMS. It’s markedly different from that system, and no longer to we get trapped in the position of pitting one against the other and losing any momentum for alternatives beyond the monolithic solution.* The LMS does x,y, and z very well, but like Andy Rush noted, “You can’t shave your head in an LMS.”

Finally, the biggest take away in this regard was that it’s not all or nothing, Emory University is doing Domain of One’s Own with everything from a domain and web hosting to a Weebly account. And guess what, they both framed an experience that put the student in charge of their own work on their own space. I understand the limits of Weebly when we talk more literally about ownership, but what struck me is that the entire conversation shifted to personal spaces rather than centralized, institutional systems, and that move is not trivial. I’m not sure a domain and web hosting is the only way to skin this cat, and I think we have to be far less righteous in our work with students and faculty at UMW when it comes to exploring options like mapping domains on services like Tumblr, UMW Blogs, Google Sites, etc. There’s a deep tension there too, and I think that’s important. We need to push on the tensions and ask ourselves if there is any way to live a wrong domain rightly.

* You could also argue Domains provides an opportunity to revisit questions of cohesion that encourages IT organizations to start rethinking their infrastructure. The affordances of push-pull technology has still been widely ignored in the IT systems we use, and our work might be the opportunity to start making inroads there. UMW is exploring virtualized servers through services liek Amazon Web Services in large part because of the work we started with UMW Domains, that does not suck 😉

This entry was posted in Domain of One's Own and tagged atldomain, domain of one's own. Bookmark the permalink.

1 Response to The Many Faces of Domain