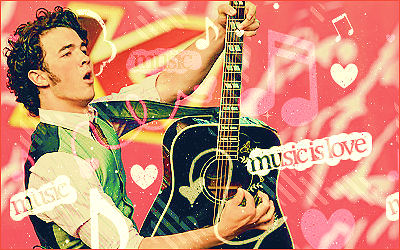 Brad Efford is playing again on UMW Blogs, and I have to admit I’m greatly indebted to him because he is constantly experimenting with this space. He is unbelievably thoughtful about the medium, and what I think most deeply interests him is how it might be able capture a certain amount of intimacy of loose and informal encounters that may be lost by making the whole thing too official. Which, in many ways, is my larger problem with the development of identity and branding on the web, the push to have a presence which is often concomitant with a sanitizing of one’s online identity that all too often leaves the whole space kinda sterile and commercial like: “here’s my online space, come see what I’ve done, hire me, invite me to speak, let me consult, recognize my global micro-brand, let me have your babies, etc.”  For Brad, and I am extrapolating here, I think this space is more about an obsessive sense of love, and if I am not projecting too much on him—which I may be—it is something I think we both share deeply, and it may be why I am so intrigued with just about anything he does online.

Recently at THATCamp I joked that what is often missing from the idea of academic online design and online publishing more generally is a sense of love. It may seem silly, and it partially was tongue and cheek, but I really do believe that it plays a huge part in framing why someone chooses—or even feels compelled—to do something, why they decide to edit Wikipedia non-stop, or blog like a maniac, etc. There is something in this obsessive impulse that is unquantifiable, and often completely disregarded.  But for me at least, it is the very engine that drives the web—and it is not necessarily beneficent, love can lead to all sorts of horrible things. How many horrors are crimes of passion inspired by murderous jealousy? We may discount this as not love, but it is—it is the reminder to every one of us just how unstable and unpredictable our sense of desire and belonging to another truly is. But, nonetheless, it’s a force that takes us over and drives a sense of passion and desire that we can’t really control or explain, and when we try to do either of these things too much we tend to kill it’s radical potential all together.  We diagnose it, medicate it, and effectively perform a violent root canal on the emotional nerves that makes us vulnerably sentient.

Martin Weller nails the importance of love in this post when talking about why Apple, rather than Microsoft, invented iTunes: “The key is that people love Apple, in a way they never love Microsoft.” Sounds strange, but it seems so right to me, what is at stake is the kind of  passion that transcends the idea of “doing my job,” and moves into the realm of a movement. A collection of people working towards an idea together, a shared purpose and principle.  Something that both is individual, yet often associated with an object or idea of shared desire. It’s not simply about framing your identity as a kind of online branch of your workplace professionalism—its a space to escape that prison house of professionalism and become the thing they’ve beaten out of you. For me, the web is a space that is most powerfully experienced and created through a sense of love and passion that often perches you on the precipice of irrationality and madness.

And while some might quickly discount the whole myth of love as a construction and a lie, I think if we look deeply enough into the sinews of our culture and the very problematic and erratic passions that rule our civilization it would be pretty difficult to argue against the idea that reason and logic have guided the development of our culture. And, in many regards,  I don’t think that is necessarily a bad thing–in fact, I think it is one of the few saving graces we have as a species. The very idea of love is what may very well help us make the transition to the online space—which I think is terribly schizophrenic—that much more whole and irrational simultaneously—a coupling we need to help us deal with our increasingly fragmented sense of identity. I wonder if our notion of love won’t fragment as well, affording different forms of intimacy and love according to one’s various personae. A kind of polygamous sense of connection and exposure through the various media and mediums we inhabit.

So, with all that said, I love ( 😉 ) Brad’s new site on UWM Blogs called Play-List. The ideas is simple, he is using a P2 theme (inspired by Twitter) to set up a site which let’s anyone and everyone in the UMW Blogs community to add a link to a song they can’t get out of their head. Ahh, but songs, that’s so dangerous, right? We can easily avoid the evil RIAA by simply using an MP3 search engine like Skreemr to find audio to link to the files (and as far as I know linking to audio files isn’t illegal yet, but when it is that will be the day the web will be controlled by the fascist, corporate state—though we know they can’t control it, right?…don’t we?), or even mine the growing audio motherlode at the Free Music Archive. And there are obviously many, many more resources from which to get audio, and what is interesting is that as P2P is under continual and more intense fire by the RIAA and MPAA, we’re starting to see more and more files available through direct download all over the web.  The Hydra is constantly re-inventing the re-emergence of its lopped-off heads.

So, I went to Brad’s site, and I played along, I added a song earlier this afternoon.  Then I went back this evening and I was compelled to add four or five more.  Why?  Well, because it was easy, and I wanted to.  I wanted to share things I love. What’s more is that the P2 theme makes it so simple to not only post, but also to edit your posts. When you add a link to a mp3 file in the text field it is immediately converted into a flash audio player thanks to Anarchy Media Player. All this mkaes me think there is something to P2 for a course site, and as much as I struggle with Twitter these days, its model for posting so quickly and easily on the fly changes the experience of publishing. It makes it quick and fun, the actual text editor disappears, and you can focus on what you love, namely searching for and sharing music with someone else. It is a basic instinct around which relationships are built, it is about sharing what you love not framing yourself as somehow better than that most vulnerable of all emotions.

Here’s a few songs I love that I am feeding in from the Playlist blog, thanks Brad—I love you, man!

7 Responses to The Play-List