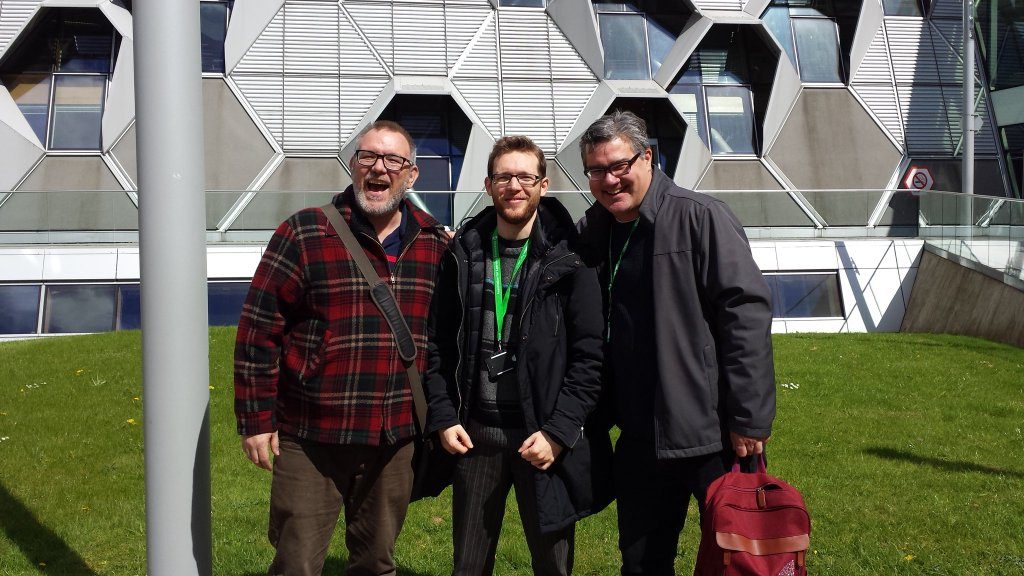 At the end of April Brian Lamb and I spent three days on the ground at Coventry University. We were cordially invited by the great Daniel Villar-Onrubia given his interest in an EDUCAUSE Review article we wrote back in 2014 titled “Reclaiming Innovation.” I think the polemic Brian started the article with around questions of disruption and innovation are near and dear to a larger vision Coventry University’s Disruptive Media Learning Lab (DMLL) is working through:

Today, innovation is increasingly conflated with hype, disruption for disruption’s sake, and outsourcing laced with a dose of austerity-driven downsizing. If any concept should be seen as an uncomplicated good thing in higher education, it’s innovation. Defined by a common-sense notion of “doing things better” and burnished by the sheen of dazzling technological advances, what’s not to like about innovation?

Yet as 2014 churns on, the glow is wearing off. Today, innovation is increasingly conflated with hype, disruption for disruption’s sake, and outsourcing laced with a dose of austerity-driven downsizing. Call it innovation fatigue.

How did we get here? And if innovation is still something we are interested in fostering, what are the values that should animate it? What goals and strategies should we be pursuing if we want to reclaim innovation as a positive force as higher education continues to engage with digital and networked technologies?

This beautiful framing of the issues thanks to Brian was our ticket to Coventry, and Daniel worked with us for months before the event to try and frame a 3-day residence that would serve the community. The issue with this approach is Brian and I don’t exactly have a healthy working relationship. Don’t get me wrong, we love each other, but we also struggle psychically with one another on some deep levels. And I really felt bad for Daniel given he put himself in the situation of trying to referee and direct this unstable collaborative energy. Usually when Brian and I get together for any extended period of time it proves generative, but at an immediate cost to our individual well-being. We constantly rib each other with deep questions and challenges that undergird the basic assumptions and prevailing logic of the work we do and the people we are—it’s a morbid kind of anti-therapy. A process that often feeds off our insecurities, which at times I think would make us an unstoppable comedy team if this edtech field ever does actually legit-a-demise. That said, there is no question I do my best thinking and feel most deeply attached and responsible for the work I’m doing when I’m with Brian. He feeds a crucial place in my soul, and one that makes me feel alive and scared all at once. I’m not sure exactly how to fully explain it, but I know I am the better for it—despite all the pain 🙂

All this to say, I didn’t envy Daniel’s position of bringing us together for a professional event that he was hoping would make a good impression on folks at Coventry. It was a risk, and I’m not being entirely tongue-in-cheek here. Things can go terribly wrong from an institutional perspective when Brian and I collaborate, it’s happened before many years ago. The plan was fairly simple, we spend two days on the ground talking with various faculty members, ed-tech staff, and the DMLL folks themselves to share various approaches of how we can reclaim small bits of innovation through alternative ideas of ed-tech infrastructure. We even came up with a plan thanks to Brian, and he rolled out a brilliant site that maps our loosely structured workshop that we delivered to 4 different groups of faculty and staff over those two days (we probably met with between 60-80 folks). We talked GIFs, SPLOTs, Sandstorm, Domains, and more. We even setup Coventry with their own Sandstorm sandbox. And while only time will tell, it seems clear to me that Coventry is a university well-positioned to start exploring some of this stuff in more depth. They have curious faculty, folks to support them, and buy-in from the administration, so I’m excited to see what happens. 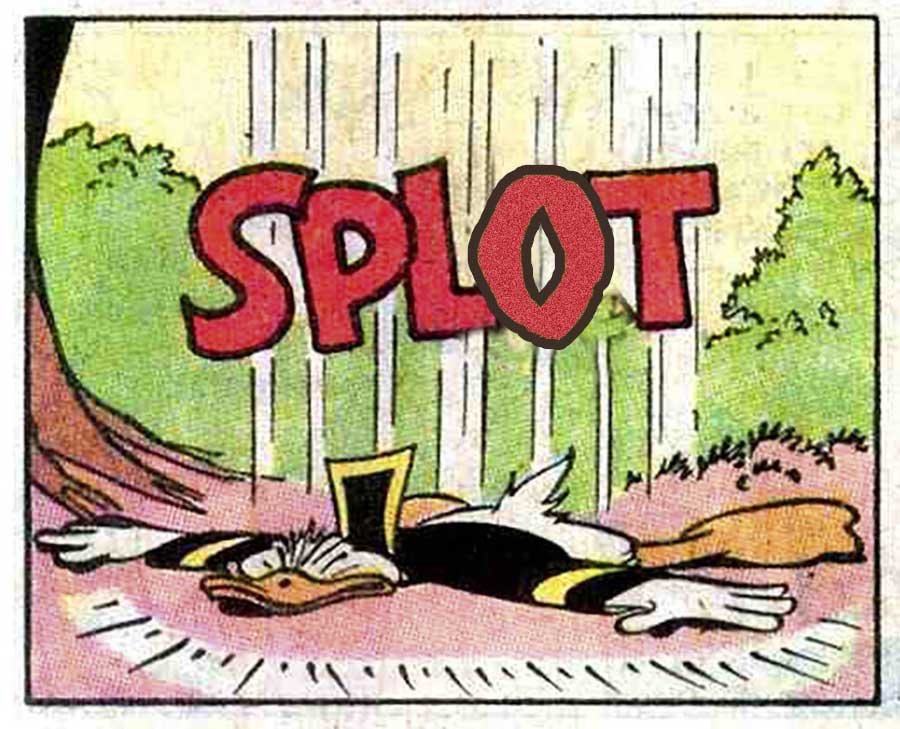 One of the real delights of these two days of workshops was listening to Brian pitch SPLOTs and Sandstorm. Brian and I fall in that liminal space between rarified thought leader and techie. We are very much technologists, but I like to think we’re equal parts literature, cinema, music, and web.  We love the technology of effective and creative communication, and we find ourselves in the historical moment when the web has become both the medium and the form of all of these things. Brian’s workshop was a master class in starting small and simple with the SPLOT as a way to challenge assumptions about collecting data from our students, assuming everything eventually has to become a system, and that any of this has to be complicated to get started. In many ways the SPLOT is as much a small, finely-tuned ed-tech ethos as it is a tool, and Brian laid it down brilliantly in each and every workshop. In fact, I think we had more technologists and faculty interested in SPLOTs than anything else we showed off during our time at Coventry—and that was a direct result of Brian’s ability to make the case.

After an intense two days of workshops, on the third day was the DMLL Expo “Lost in Disruption: Reclaiming Innovation.”  This was campus event to showcase the work of DMLL through a wide array of presentations, panel discussions, and informal interactions. It was a great day, and I had a blast. The idea of bringing us in for a couple of days before-hand to meet with folks and get acquainted with the community was probably a big reason why our presentations and contributions might have resonated with folks. We didn’t parachute in to broadcast our infinite wisdom. We were on the ground trying to get a sense of what was happening. Daniel worked us hard for three days, and that’s what you should do when you bring folks in. Expose them to as many people in your community as possible and get conversations happening and ideas brewing.

That’s exactly what happened for my own talk at the Expo. After being in 6 or 7 different conversations over the previous two days I decided to scrap my presentation the morning of the event and start fresh. Brian had noted that my OER16 presentation was pretty ds106 heavy, and it was. He wasn’t necessarily challenging me on that, but it did make me think about Martin Weller’s recent post about the keynote dilemma. My presentations are never necessarily identical, but they do rely on a lot of the core elements of the work I’ve been a part of over the last decade: the early Bluehost experiment, UMW Blogs, ds106, Domain of One’s Own, Reclaim Hosting, etc. There’s an obvious narrative arc to this work, at least for me, and I don’t make any pretensions to being a researcher or academic—so I’m freed up to focus on the shit we did rather than the big ideas. That said, it feels almost like an obligation to talk ds106. And don’t get me wrong, I have no problem doing it and it always feels fresh to me, but at the same time it has become apparent that’s what people associate me with now. So, in a last minute attempt to change up I decided at about 8:30 AM to frame my talk around the work I did with Zach Whalen last year to create the UMW Console. 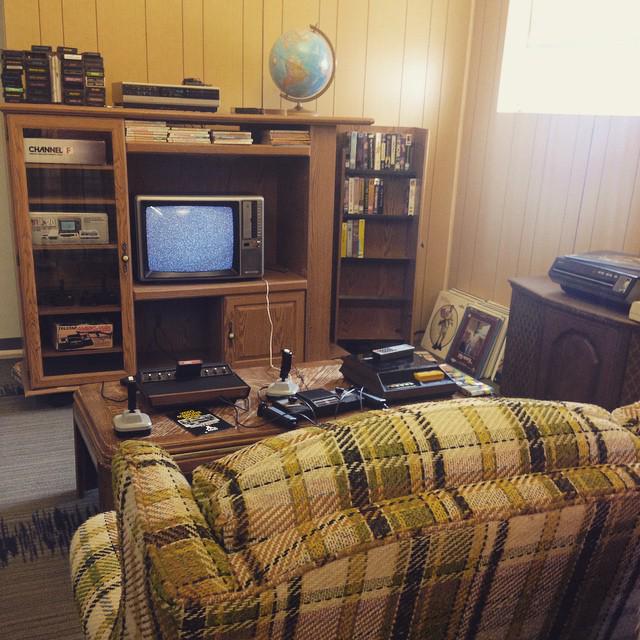 I had blogged the UMW Console pretty regularly last year and folks took tons of photos and videos. We even created a database of all the artifacts, so putting this talk together was fairly easy. [Reason number 78,974 to blog.]  I simply linked out to about 4 or 5 blog posts and narrated the thinking behind the UMW Console, how we did it, and what it meant for re-thinking some of the ideas the folks at DMLL were trying to explore, such as flipped classrooms, gaming, etc.. What would it mean to design and build alternative spaces like the an 1980s living room to re-imagine how we program and inhabit learning spaces. I think it fit the spirit of this group well because it opened up innovation and disruption as small, communal, and fairly cheap endeavors. It wasn’t about a system as much as it was about exploring cultural history as mediated and informed by and through technology. I keep going back to Audrey Watters’s brilliant talk about the Discovery Channel and the history of TV and broadcast networks.* The idea that we were re-creating a moment where the political map of networks are very different given the predominance of television and radio, not to mention the material culture of music and video. It opens up a different space to explore this through, and teaching could use that space in some new and exciting ways.

I think the presentation hit home for some, and I may very well be returning to Coventry some time soon to start working with Daniel, Helen Keegan, Luca Morini (whose talk on gaming was brilliant), Kate Green, and many more to start building out some of the small infrastructure Brian and I shared, as well as imagining a teaching and learning space from 1995. Just think of the  possibilities. What if we were to re-create a networked computer lab from 1995 and teach HTML classes in it? Full with machines of the era loaded with Windows 95, MS Office, Pegasus Mail, Doom, Duke Nukem, Earthworm Jim, and so much more! How much of the web from Fall of 1995 could we reproduce and build out as an experience? What if we could get .net artist Olia Lialina to give a talk and run a Dr Professor workshop for us as an invited artist?  But this all may be wishful thinking, but damn it would be awesome.

So, at the end of the day I left Coventry feel elated, and no small part of that feeling was meeting all the great people at Coventry and a successful collaboration with Brian—none of which would have been possible without the adept guidance of Daniel. It was an intense 3 or 4 days, and when Brian and I came back to Italy after that I think were both physically and mentally exhausted, but as Brian’s own post on the our time in Edinburgh (more on that in another post) and Coventry suggests, it was a much needed winch to lift us out of the slough of despond 🙂

Here are the slides from my talk. I’m not sure how useful they will be given most of it was extemporaneous. Also, one of the things I realized is that I should be building sites with links I discuss in my talks, much like Brian did for his rather than Google slide decks. I have to rectify this in the future if I’m, indeed, still giving talks. I believe there is a video of the talk somewhere, and I know it was live streamed on the day of the conference. That said, I cannot locate it online presently. If and when it surfaces I’ll include the link below.

Video of this talk is now on Youtube, I can die happy.

*She tried to give this talk in Barcelona last year at EDEN15—but too many formalities and long-winded introductions got in the way. The Europeans really need to tone down their formalities because it cost them a great presentation.

3 Responses to The Reclaiming Innovation Roadshow at Coventry University