You begin the game as Timmy, a young boy visiting a crumbling amusement park known as Midway. But Timmy doesn’t see a pathetic locale where everything is falling apart, but rather a world of wonder, with his thoughts appearing in written form at the bottom of the screen.

The above quote is taken from a now gone review on Hardcore Gaming 101 describing The Residents 1995 CD-ROM game Bad Day at the Midway. I know this because I copied that description for a post I wrote on this blog in 2014 talking about this game, which made an indelible impression on my memory when I first played it on Windows 3.1 at in the AVS offices at UCLA. In fact, the description of little Timmy above is perfect to describe another Timmy I know who found himself in the wondrously retro world of archival emulation thanks to the EaaSI project, or emulation as a service infrastructure. What is EaaSI? Well, Tim covers that nicely:

The Eaasi platform allows you to start with basic images of operating systems, and then layer on software as well as “objects”. So, for example, you might have an object that is a Word Document a professor wrote in 1998. Instead of rendering it in a PDF, here we can actually take a Windows 98 computer, add Office 97 to it, and then have the document load at boot. A true native environment that is destroyed and rebuilt each time you go to view it in a matter of seconds and renders the object exactly as it was intended to be viewed.

What’s beautiful for us is that EaaSI is a container-based environment for emulation-based archiving that Tim got running on Reclaim Cloud, so now he can playing Solitaire as it was meant to be played on Windows 3.1: 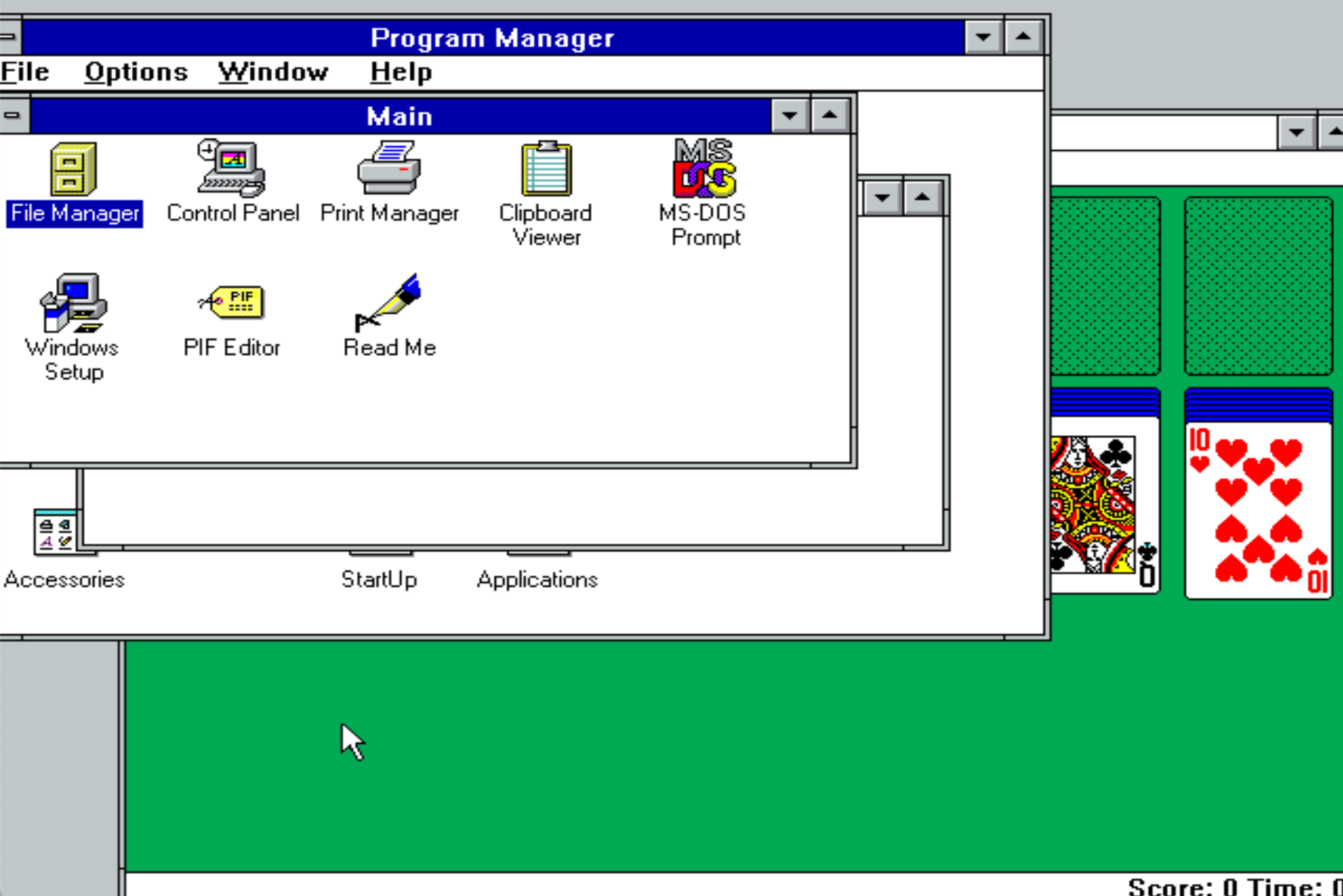 All of which led us to jump on a video call and see if we could get the iso of the Bad Day at the Midway CD-ROM to run in the Cloud, and turns out it is very possible, even if you have to fix a few issues like mount your virtual CD-drive and fixing the monitor colors: 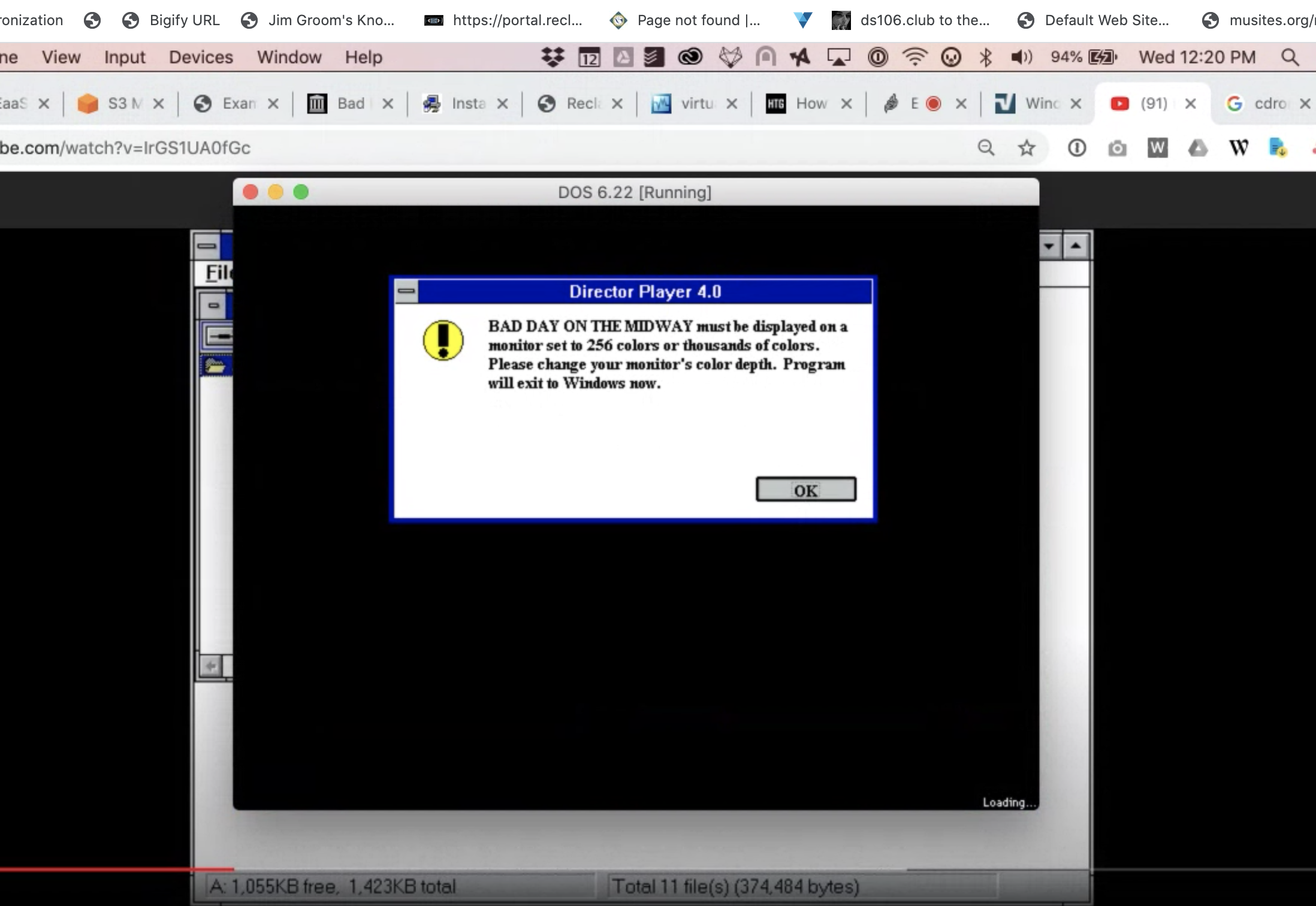 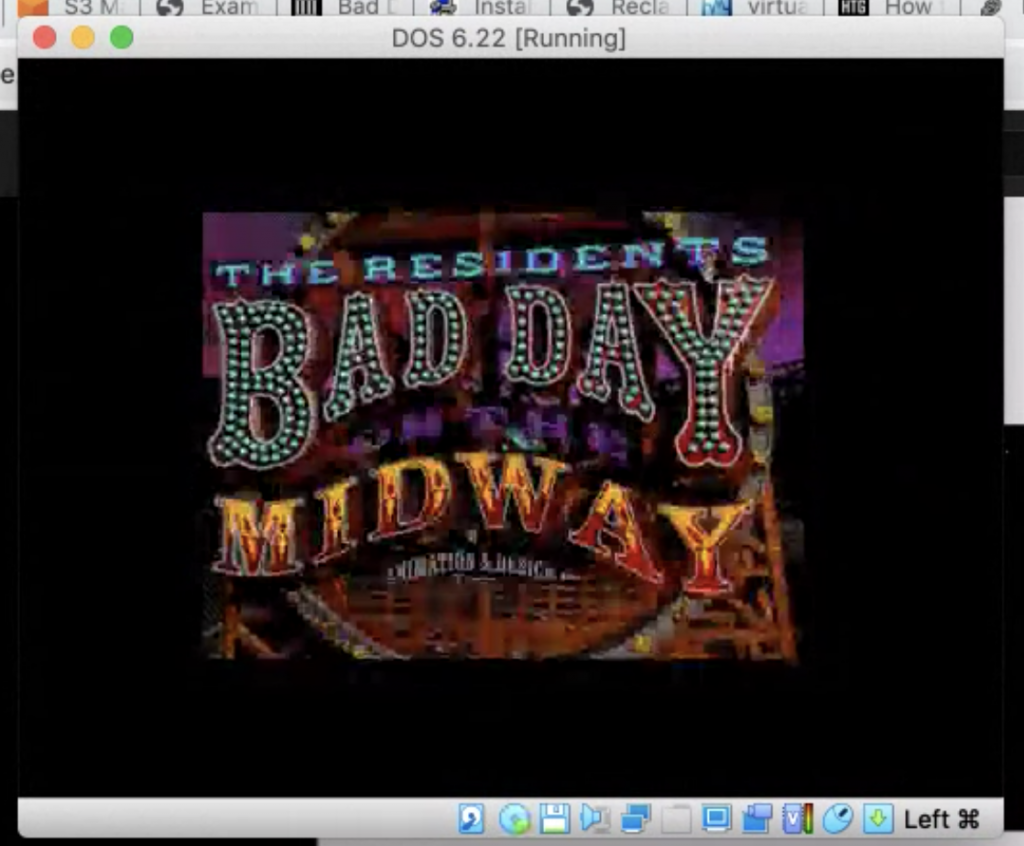 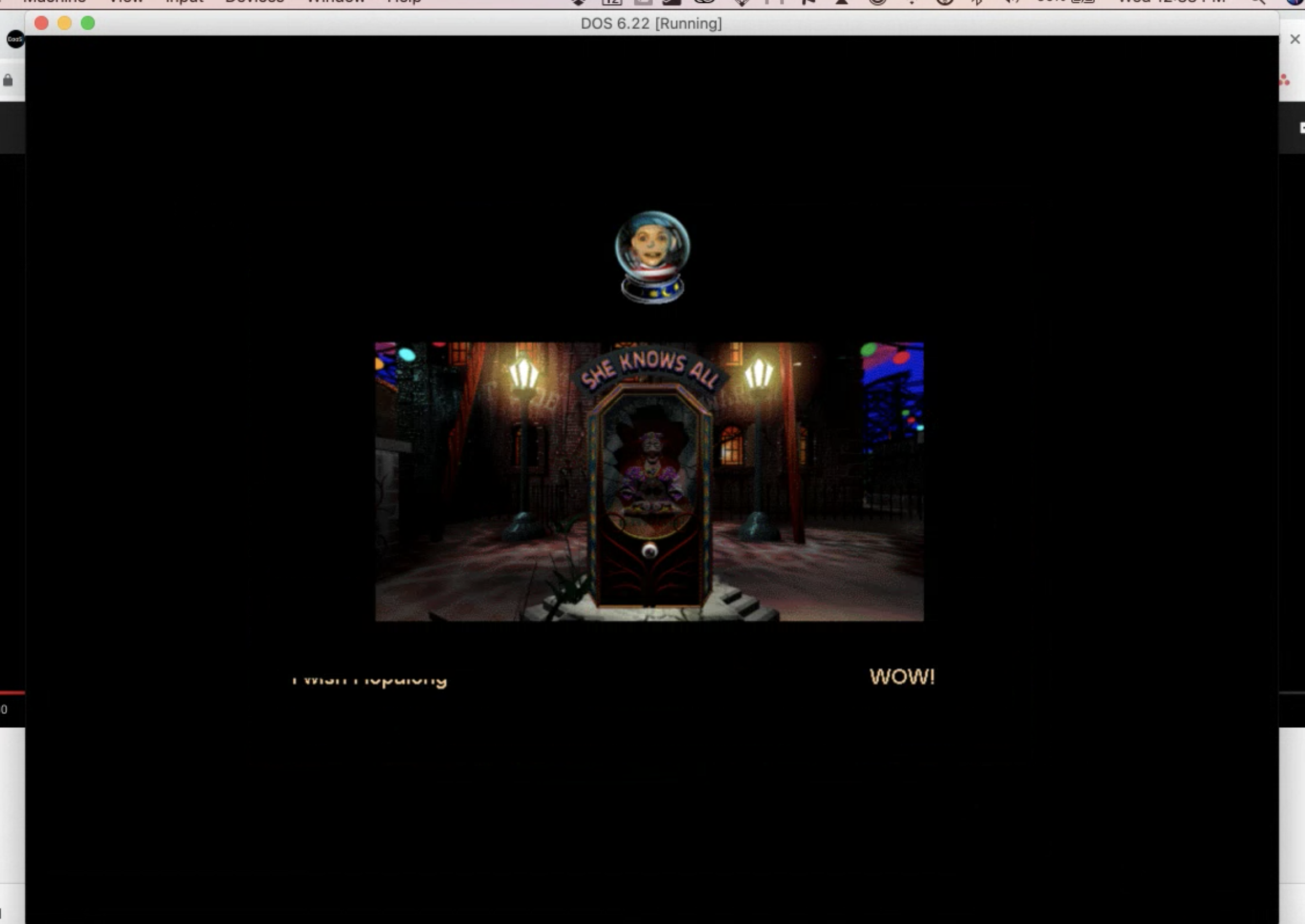 “Wow!” indeed. Running a 1995 CD-ROM game on Windows 3.1 via the web on Reclaim Cloud is a new level of hosting inception I can dig on. It seems similar in spirit to the remarkable work the folks at the Internet Archive have been doing for years to emulate various games in the browser. It’s exciting stuff, and the fact we could host something like this is mind blowing.

This entry was posted in Archiving, reclaim, Reclaim Cloud and tagged archiving, Bad Day at the Midway, EaaSI, reclaim, reclaimcloud, The Residents. Bookmark the permalink.

3 Responses to Timmy Explores the Wondrous World of Windows 3.1