A Blue Saturday in Trento

Yesterday morning I went on a walk in downtown Trento with Antonella and Tess to do some shopping and pick up and overdue bicycle. The weather had been pretty brutal here the previous 5 days or so, so a pure blue sky seemed remarkable.  This led me to taking photos and posting to Twitter, something I’ve done a lot of during my time in Trento. So, yesterday I started with a fairly simple shot of a train bridge near Trento’s hospital. 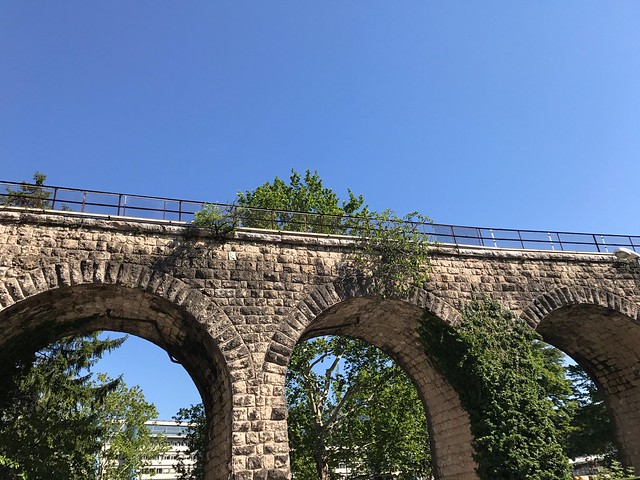 The bridge is close to Antonella’s mom’s house, and I’ve photographed it many times over the years, but it never gets old.  I love the Italian portici bridges like this, almost feels Roman. From there our walk downtown continued, and I had not real plan to make an obscure miniseries on Twitter, but sometimes these things just happen. The next shot was of a tower near Piazza Fiera in downtown Trento. 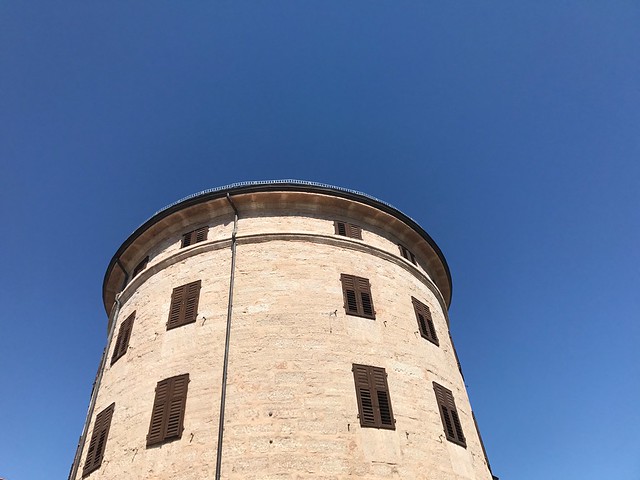 And that’s when I thought it might be nice to capture a few downtown Trento landmarks bathed in blue. So, the Roman walls were to follow (although turns out they aren’t really Roman) and a #bluesaturday hashtag on Twitter. 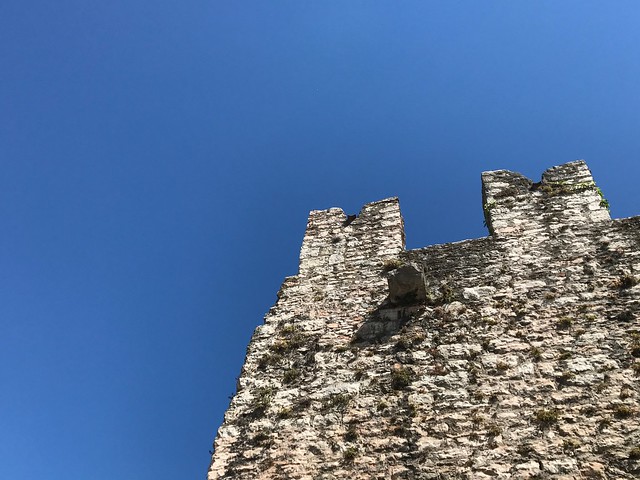 From there Duomo and various details were inevitable. 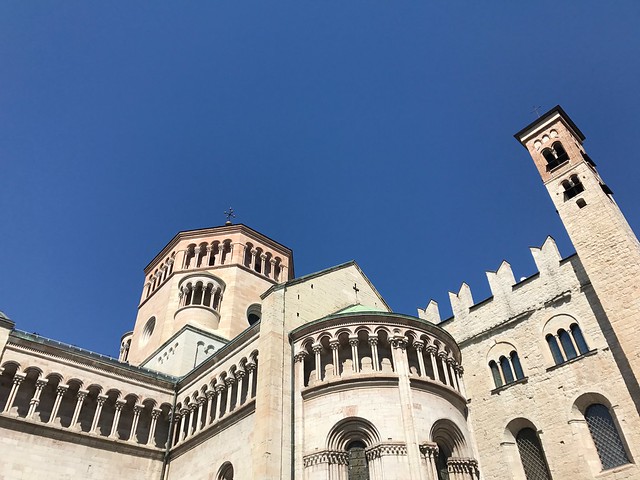 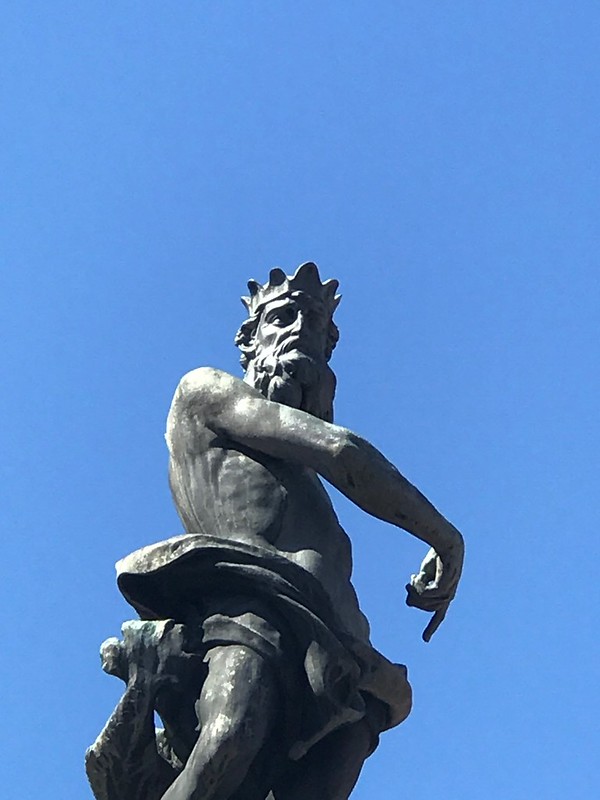 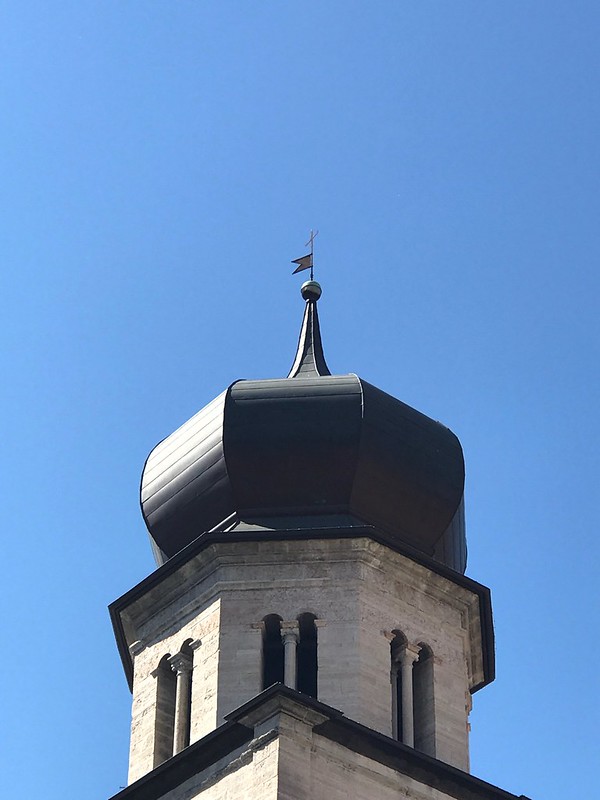 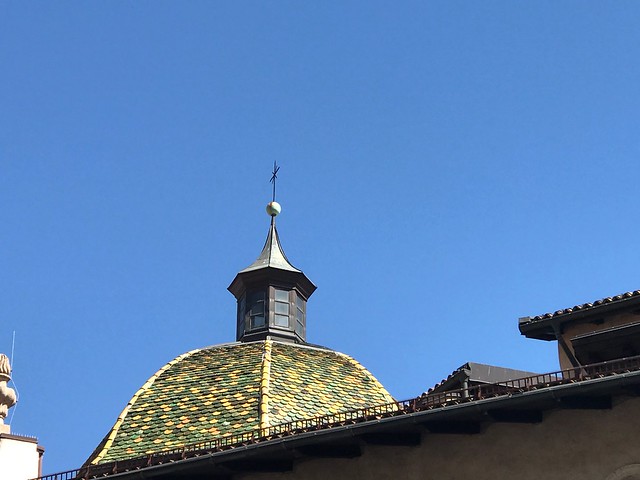 I really have enjoyed being a prolonged tourist in Trento, it remains difficult not to be constantly enthralled by the built environment. I even got a stranger portrait while I was doing my unexpected photo tour.  I think this guy was clown in the Moscow Circus that was in town—proving that Trento can even do the whole creepy clown thing—but in technicolor 🙂 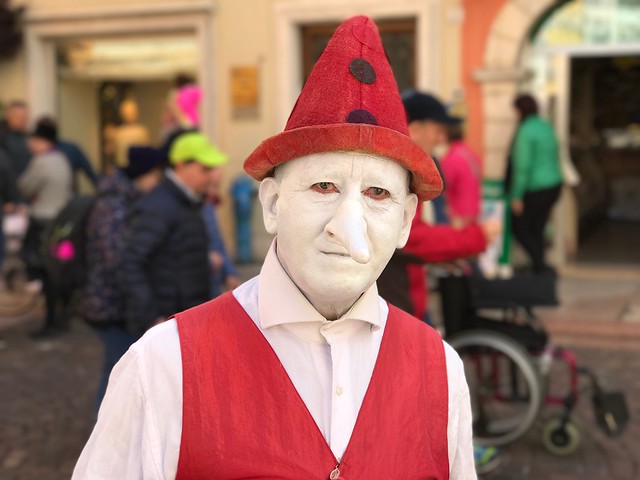 1 Response to A Blue Saturday in Trento