As I wrote about previously, Bryan Mathers has been working on some designs for a couple of elements of the Reclaim Hosting site. In particular, a visual for the Migrations page as well as one for the various shared hosting packages we offer. He sent us the art this week, and as usual with his stuff it made me glow as green as a repossessed Chevy Malibu!

In terms of the Migrations page aesthetic, I’ll quote myself here from the previous post to give a bit of context:

Tim, Lauren and I had been brainstorming what visuals we needed for the website. One of the things Tim mentioned was artwork that might help communicate our migrations service. We provide anyone that signs up free migrations to our hosting service. This is something few, if any, other hosting services provide, and I believe it does go above and beyond. Moving your stuff is stressful, and we make it painless, so the idea was to communicate this. Bryan had the idea of people outside a van with white gloves moving crates of records, which I totally loved. It set me down the road to Repo-perdition. In Repo Man the government agents worked out of a hi-tech industrial bread delivery truck (you can see the back of it in the image above–also what is the technical term for that kind of truck?). This image of movers with white gloves made me think of the government agents in nuclear suits moving the contaminated bodies of the homeless in Repo Man.

I think it came out brilliantly. You have the government agents in their radiation suits with the glowing Chevy Malibu, what’s more the EDUPUNK graffiti on the brick wall is so gorgeous. This project for rethinking the aesthetic for Reclaim has been an absolute highlight of my work these days. I remember last Summer Tim, Lauren and I were talking about this very thing, and a year later I feel like we are very close to having it where we want it. In fact, it’s even better than I could have imagined last year.

So take a look at the difference the above banner image does for our migrations page with a quick BEFORE: 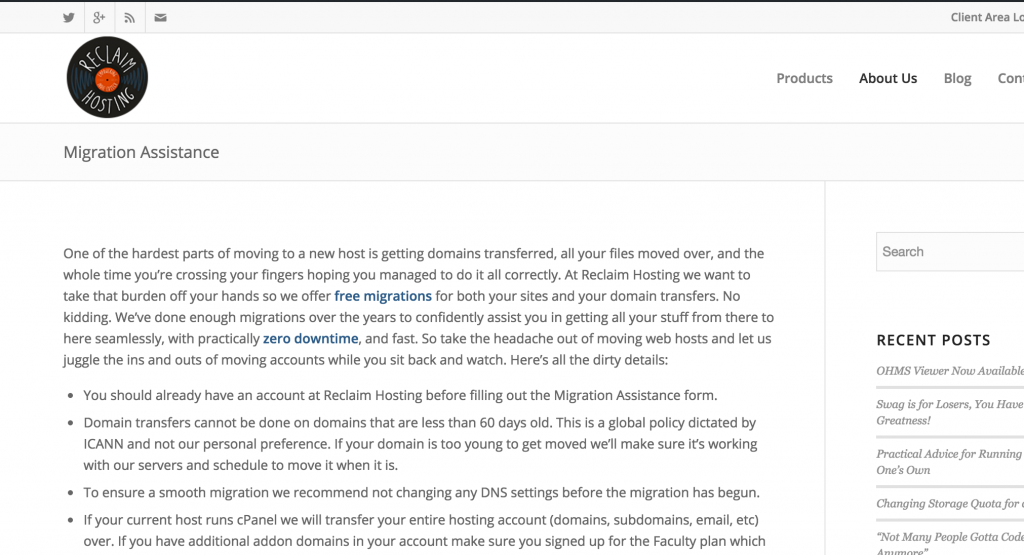 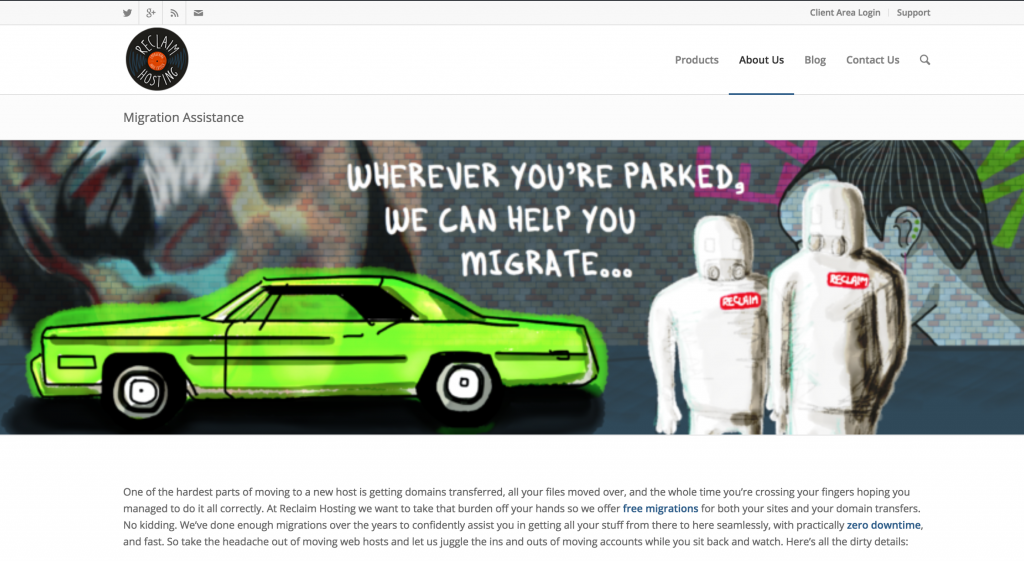 I’m not sure I can fully articulate how happy this webpage banner makes me, but maybe this GIF will help:

Next up was our shared hosting packages. Given the ethos of indie ed-tech that undergirds our work and has been the inspiration for the indie record store aesthetic, it makes some sense that the framing of the packages should follow suit: 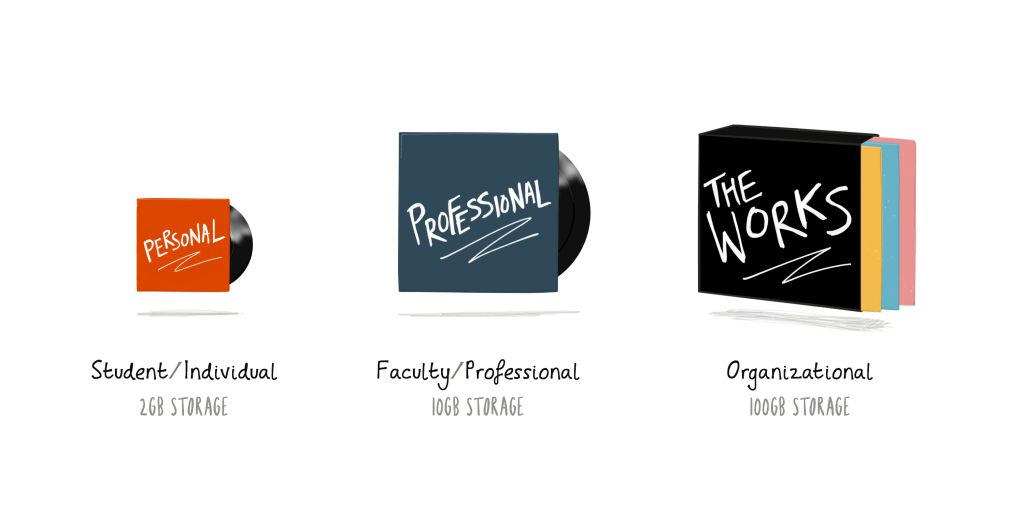 The Student/Individual is a single (or 45), the Faculty/Professional a full album, and the Organizational plan a box set. I think it works quite well, simple and on point:

What’s more, Bryan animated each of the packages as you can see below, the idea being when you mouse over a package the record subtly comes out from its sleeve. A GIF won’t work here (we should probably avoid too much animation), but a little CSS kung-fu may just work—speaking of which check out John Johnston’s latest awesome with CSS and GIFs.

So, the new aesthetic for Reclaim Hosting is in full swing and I could not be more pleased with the look and feel of the site. We have to spend some time brainstorming the next pieces we want done, but I feel like we have hit our stride.