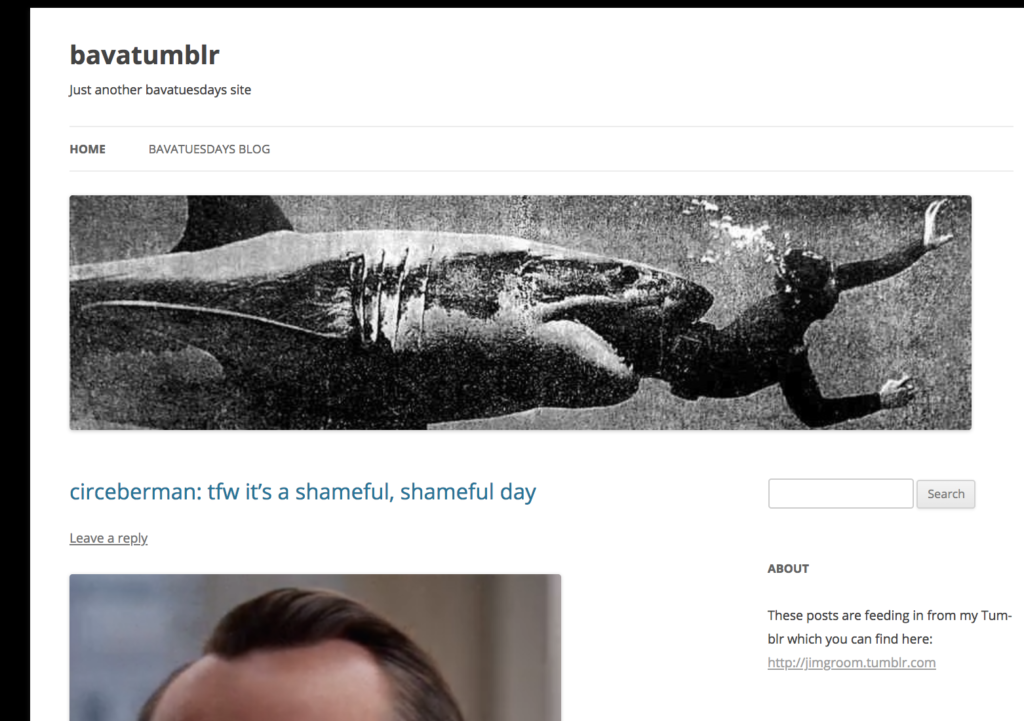 I had a 3 year run on Tumblr. It lasted between July 2012 and August 2015. I loved Tumblr for the GIFs, the film screenshots, and the digital art more generally. I could and did spend hours just scrolling through certain sites, and the attention to old school aesthetics was impeccable by many of the folks I followed there.  The IWDRM site had a lot to do with my Tumblr affair, but I remained pretty much a dilettante—just dipping in and out and grabbing other peoples stuff. But when Tumblr was good—it was the best of the graphic web.

But time goes on, and nothing gold can stay. My abandoning of Tumblr was a slow process, and given I never had any strong network ties there is was relatively painless, but I would miss all the images, videos and web art I collected there, so I started an archive site for my Tumblr blog back in 2013, knowing early on the day would come. Well, the day came a while ago, and I am just finalizing things now. I ran Site Sucker on the site that I recently migrated, and have saved both the local links and the Tumblr links for posterity, so almost every post on my Tumblr has two on the archive. I am keeping the WP files and database in the rare case I just to revive it, but for now I can create my own living Tumblr with Reclaim Video 🙂

This entry was posted in Archiving, art, Tumblr and tagged archiving, tumblr. Bookmark the permalink.