On Tuesday I got the first of hopefully many 1980s arcade cabinets delivered to casa bava. I played a bit of a guessing game on Instagram when it came all wrapped up. I’ll venture to say I’ve never seen a game so well wrapped before, and I have received quite a few for Reclaim Arcade: 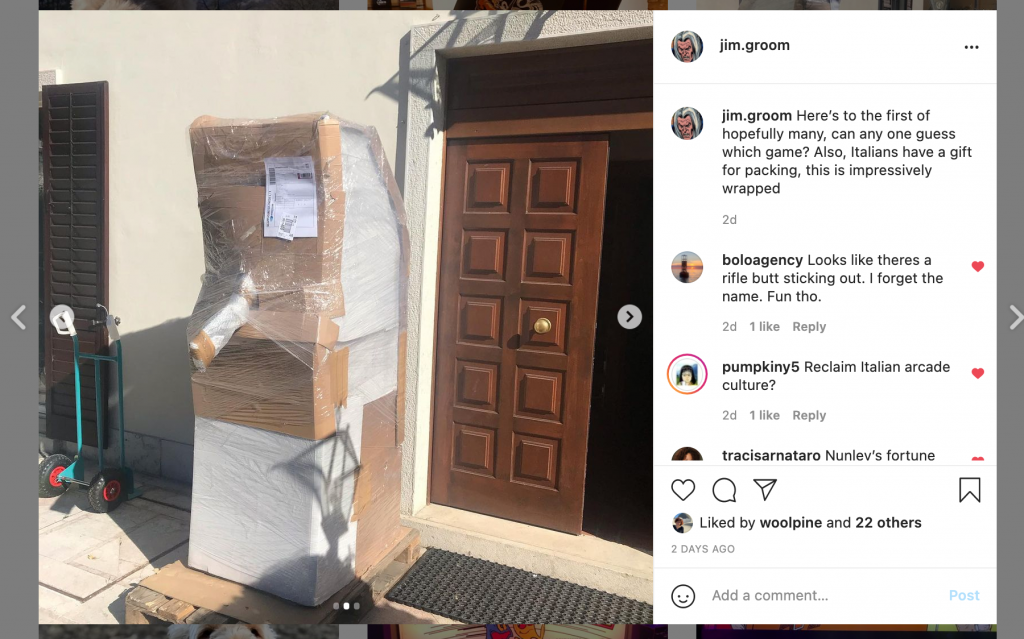 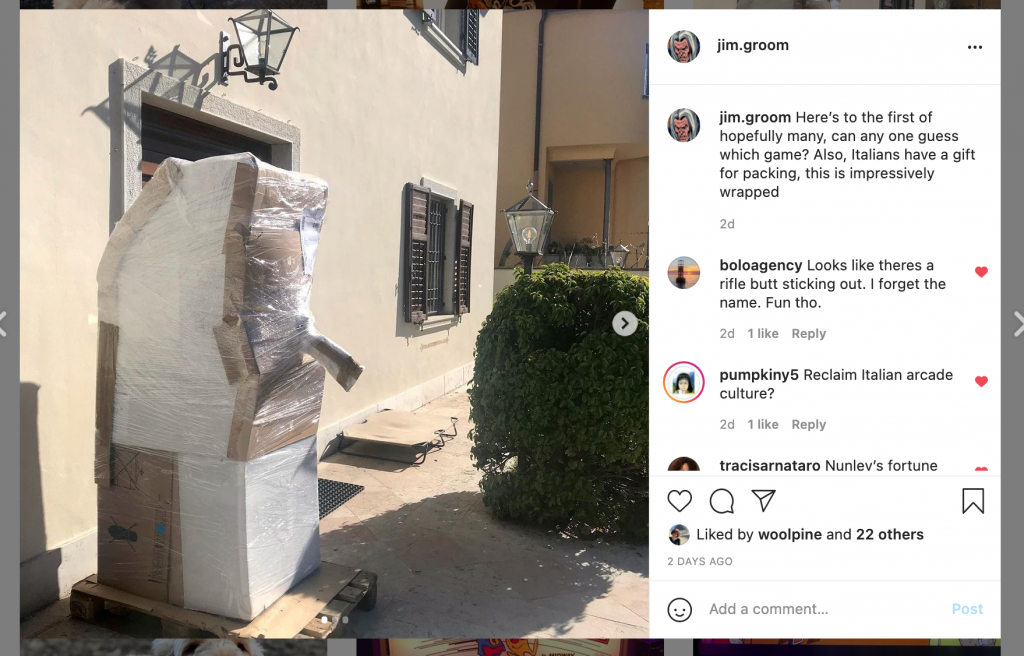 The joke was on me though, because after getting it in the foyer, I still had to get this 6′ tall 250 pound monster down a spiraling set of stairs to the bavacrypt:

So now the arcade cabinet is inside (all 250 lbs), but no idea how it will get down the spiraling stairs to the bavacrypt pic.twitter.com/37zqSewW1X

Well thanks to my healthy living and super human strength I managed it all alone without the help of paid professionals who knew what they were doing…. see!

We got it down, and even had a place to ash my after-arcade-game-move smoke pic.twitter.com/JDpBvxoDcH

And it is so beautiful! One of the most pristine games I’ve seen yet. Seems all original, and while there are some ROM errors on the checksum diagnostic, it plays perfectly. I will need to get the PCB serviced (not to mention a spare one) but Cheyenne is officially the first arcade cabinet in the bavacade! Cheyenne is effectively a Western shooting gallery, and I’m not sure its themes and cast of characters would (or should) be reproduced today. It’s also pretty difficult, but the light gun is compelling, and it has smiliar gameplay to another Exidy classic Crossbow, which game out the year before in 1983 and now I kind of want to get. You can see almost 50 minutes of Cheyenne gameplay here:

After doing some measurements I think we can get another 10-12 cabinets in the bavacrypt, and I have two more waiting for me in the US: namely Pac-Man and Joust:

There's the @reclaimarcade collection, but it's about time I start working on that other collection #bavacade pic.twitter.com/10vaBtUGmr

So, if that’s 3 games, what would the other 9 be? Let me make a quick wish list below, so I can look back and see how I did:

Also, interesting there are no Nintendo games and very few Atari games. I would consider Star Wars and Battelzone, though

Worthy of honorable mention (maybe alternates?) are the following, they didn’t make the first cut cause they are a bit harder to find or PCB replacements are steep (looking at you Ghosts n Goblins) or may in fact make the A-list given a couple on there (like Venture and Scramble) may not be what I remembered.

I’ll stop there for now, but you get the idea of how hard this is gonna be for me. A note here that there are no real rare games in the list. They’re all fairly affordable and pretty readily available, in fact I am tracking an Asteroids and Phoenix right now, and technically already have Scramble, Gyruss and Venture that I can try and score from Reclaim Arcade, so, as the saying goes, “if you will it, it is no dream!” I’m getting the shipping container ready as I write this!