Domain of One’s Own discussion on Chronicle’s Tech Therapy 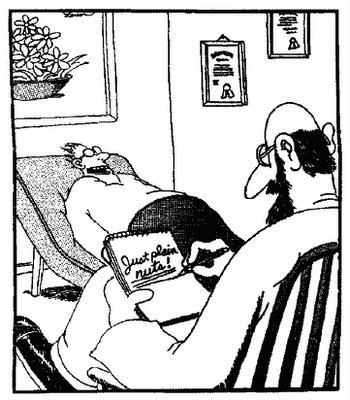 Earlier this week Jeff Young and Warren Arbogast (a UMW alumni!), of The Chronicle‘s Tech Therapy podcast, invited me on their program to work through some of the ideas at the heart of University of Mary Washington’s Domain of One’s Own project. You can listen to the half hour long episode here.

What I’m enjoying about conversations like this about Domain of One’s Own is that the concept is starting to make a bit more sense in my mind as people push me to frame it as succinctly as possible. It’s not easy because, as Jeff and Warren note, at its core Domain of One’s Own is “heady stuff” —it’s a conceptual shift in how we think about controlling data, syndicating content, aggregating ideas, and, more importantly for UMW’s purposes, empowering faculty and students alike.

There’s no one easy way to frame this project as an elevator pitch because it’s a very small, experimental instantiation of a much larger vision of Jon Udell‘s that pushes us to imagine highly personalized digital domains wherein we manage myriad elements of our online lives from school work to personal photos to dental records to electric bills. A private/public domain of personal data that tells the stories of our lives and as a result is crucial for us to control and decide who sees what and what goes where. A digital social security number of sorts, a tolken that is secure and frames a context digitally that was heretofore not only been unnecessary, but unimaginable.

And all of this is that much cooler because two hours before this interview I got to sit down with Krystyn Moon’s History Research Methods course that is piloting the Domain of One’s Own project to get a sense of what their experience has been thus far. I was surprised at how effusive they were. They were excited about the idea of having a personalized portfolio of their work they owned, they also liked the idea that they (and their parents) could find the domain on Google. I became the object of bragging rights with their friends at other colleges that didn’t have this option—how awesome is that?! What’s more, they were wrapping their heads around subdomains, the possibilities of imagining such a space for organizing their academic lives.

I was blown away by both how thoughtful and genuinely interested these students were, but not everything they said was positive. They felt it was coming way too late in their careers (most were Sophomores or Juniors); they wanted access to this space and how it works as Freshman, and they felt it would be important to integrate it into the Freshman seminars somehow—if only as a week-long how-to and here’s what it is. In that way every Freshman would be exposed to the initiative and have the option to experiment—which is encouraging because that is exactly what were thinking for the rollout in Fall 2013. There was also concerns about support and this project being more closely attended to than we have thus far. More documentation, more class time, and more experimentation with what they have—all things we are gearing up for now. Kudos to Krystyn Moon and her students for not only taking the time to really experiment with Domains of One’s Own this semester, but also for spending a class giving us feedback for the pilot. I am hoping Andy Rush and I can sit down with a few of these students and get some of their amazing reflections and suggestions documented for follow-up video to The Culture of Innovation gem. It’s getting very exciting up in here!