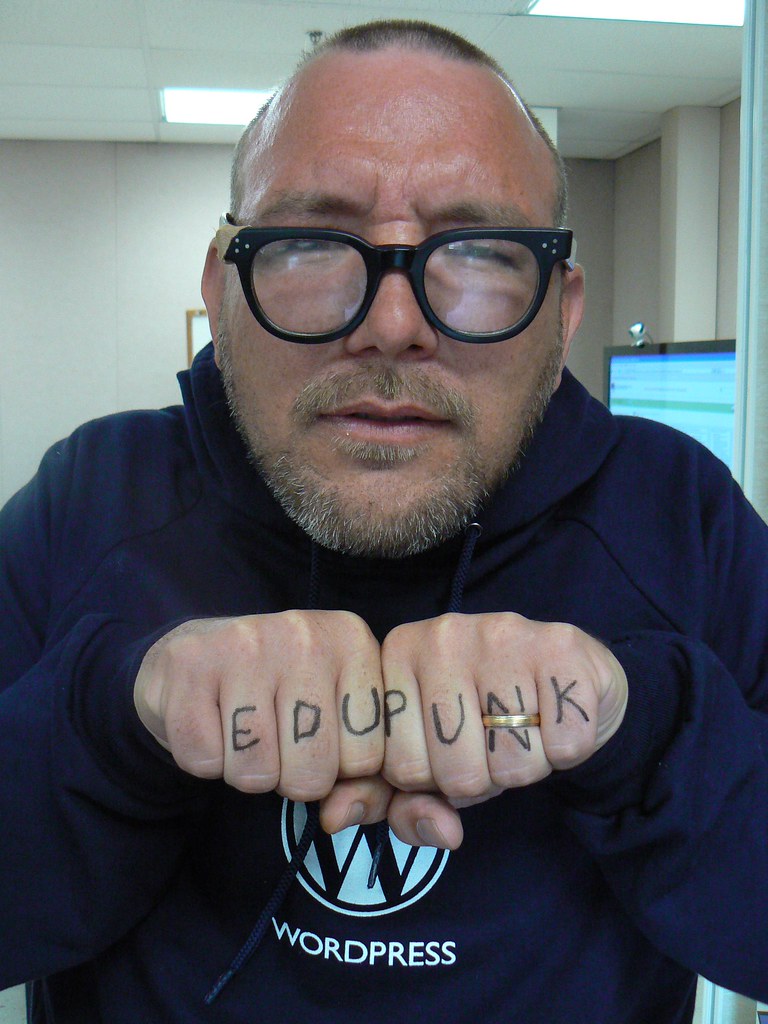 Given that Mike Caulfield has already provided an awesome way to start thinking about the DIY spirit of EDUPUNK, I’ll figured I’d do my part by shaving my head, busting out the sharpee, and sporting my WordPress hoodie (thank you, thank you Lloyd).