Endings and Possibilities: Life after ds106?

Tonight marks the last time I teach ds106 officially at UMW for a while. I’ve taught it six times in two and half years, and it’s become more awesome than my wildest dreams. At the same time, it’s time to “step aside” (at least from the role of instructor, I can never leave the community—it’s #4life) and let others experiment wildly on a theme. ds106 is nothing if not a course that needs to be re-appropriated, remixed, mashed up, and re-imagined. Martha Burtis and Alan Levine are ready to take it to the next level this Summer in a 10 week course starting May 21st and I’m locking in for the ride.

I really want to be on the student end of the equation this Summer. I’ve been focusing so much on organizing and keeping up with the class—which I failed at a bit this semester—that I haven’t been creating stuff, learning new skills, and generally practicing what I preach. I’m looking forward to engaging both the UMW students and the open community without some of the administrative overhead, but more importantly I want to have a bit of creative fun this Summer. 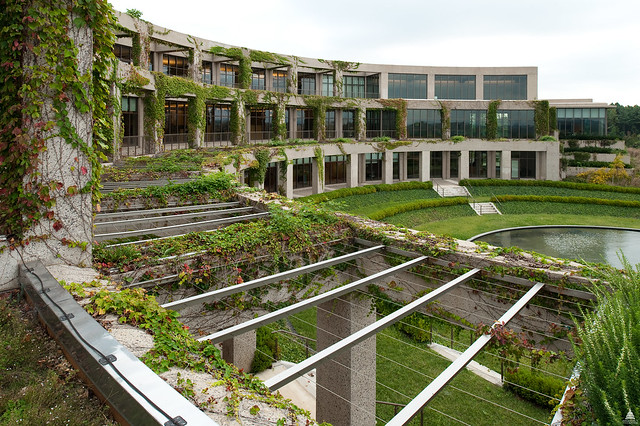 I’ve also been thinking a lot about an open, online film class in UMW’s American Studies program (or maybe somewhere else?) that I want to teach next Spring and I think it’s high time I did the legwork over the next few months. The rough details of the class are as follows: teach an online class about film history, aesthetics, programming and archiving in conjunction with the Library of Congress’s Packard Campus for Audio-Visual Conservation just 40 minutes down the road in Culpeper, Virginia. The class would examine film history, genre study, as organize a few scheduled classes on site at the Packard Campus to meet with their archivists, copyright folks, programmers, etc. All the discussions around the films, history, genres, etc. would be done in the open and online, and the idea would be for the class to build up to programming an entire month’s worth of films in conjunction with the LOC Packard Campus Theatre (if they agree, which is still a very big IF). What’s more, each of the students would present on a particular film in front of a live audience before the the movie starts. How sick would that be? It is still a pipe dream, but I can dream, right?

Just thinking about the rough outlines of the course, I dig the way in which the online and physical are interfacing in ways that seem more focused on seeing and doing specific things in physical space while preserving the discussions for the distributed, online venue—kind of an anti-flipping of the course experience 🙂  You can get a sense of how varied and immense the audio visual archives are by just glancing at this month’s schedule here, this next month alone they have Solaris, The French Connection, Andrei Roublev, The 7th Voyage of Sinbad, and much more—they have everything!

10 Responses to Endings and Possibilities: Life after ds106?