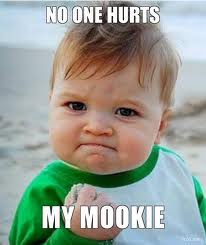 Steve Kolowich of Inside Higher Ed wrote piece on #ds106 titled “Proto-Mooc Stays the Course”, and what I enjoyed about this article is he actually took the time and energy to try and get his head around the multi-headed hydra that is ds106. In the original conversation Tim Owens, Alan Levine, and I had with Kolowich the focus was on the Kickstarter but he got more and more intrigued by the whole enterprise of ds106 as a community as well as an alter-ego to the venture-capital driven MOOCs.

As a result this article wrestles with with capturing the spirit of the course which is very much about a communal design for a course that does erase power, but rather draws attention to its limits. What’s more, it incorporates the voices of George Siemens and Dave Cormier for a more nuanced idea of what these “proto-moocs” are all about and where and how they started. What’s more, it helps re-affirm the idea for me that we’re doing this as a community—and I am referring not only to Siemens and Cormier, but also Downes, Wiley, Couros who experimented wildly with the concept back in 2007 and 2008—and while folks may and shouldhave disagreements, different approaches, and varying levels of patience for popular culture :), it’s been quite a rich and rewarding community for me to be a part of, and it would be impossible to learn from and build upon any of the work that’s come before if they all didn’t share the process so freely and openly—which for me is still at the very heart of what makes the edtech field great. It’s been a special moment to be part of this field, and I am more than proud of what this radical little sliver of the open web is doing right now to re-imagine education. Now if you were to ask me if it’s “For better or for worse?” I would say that still depends to some degree on us, or maybe I would just refer you to Brian Lamb’s blog ;).

This entry was posted in Uncategorized and tagged ds106, mooc, Steve Kolowich. Bookmark the permalink.