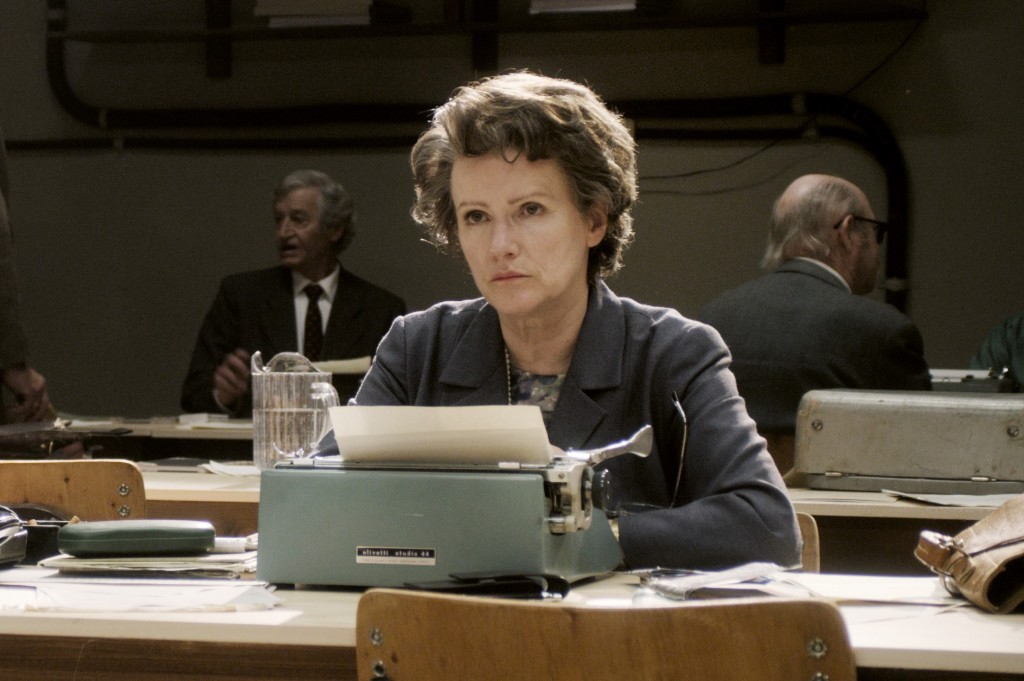 While I am writing about movies I haven’t been able to stop thinking about, I recommend Margarethe von Trotta’s 2012 film Hannah Arendt—you can find it on Netflix in the U.S. at the moment. The film centers around Hannah Arendt’s coverage of Adolf Eichmann’s Trial in 1961. The movie highlights how controversial her argument that rather than a psychopathic monster, one of the chief architects of the “Final Solution” was fairly innocuous and somewhat stupid. His claims that he was simply following orders did not strike Arendt as a calculated excuse for his actions, as much as it provided an insight to the more subtle, quotidian horrors of totalitarian regimes and the institutional dehumanization of those who live and work within them.

She formulated this phenomenon, which she termed the “banality of evil,” in a series of articles for the New Yorker that were then published as a book: Eichmann in Jerusalem: A Report on the Banality of Evil. The violent reaction to her thinking is a focus of the film, and highlights how unpopular her theories were and how hysterical the backlash became. Theories that would be seen as gospel just a few years later when the Stanford Prison Experiment exposed the “impressionability and obedience of people when provided with a legitimizing ideology and social and institutional support.”

After being asked to resign her teaching position at The New School, the film’s climax features a stirring  seven minutes speech by Arendt (played brilliantly by Barbara Sukowa) in which defends her position. Not too often you get a dynamic and compelling film about a 20th century intellectual titan like Arendt that focus upon the imperative of critical thinking to be human. In her rousing defense of her work, she claims Eichmann, as well as innumerable other “normal men and women,” surrendered their inability to think to the Reich, and that is what made the Holocaust possible.

This inability to think created the possibility for many ordinary men to commit evil deeds on a gigantic scale. The like of which one had never seen before.

I picked up my unread copy of Eichmann in Jerusalem I bought at UCLA back in 1993, and I am working my way through it. One of the trippy things I discovered after watching the film, which intercut actual footage from the trial, was that hundreds of hours of film and translation of the trial are freely available on YouTube. The archive is at your disposal.

This entry was posted in movies and tagged Eichmann in Jerusalem, film, Hannah Arendt, movies. Bookmark the permalink.