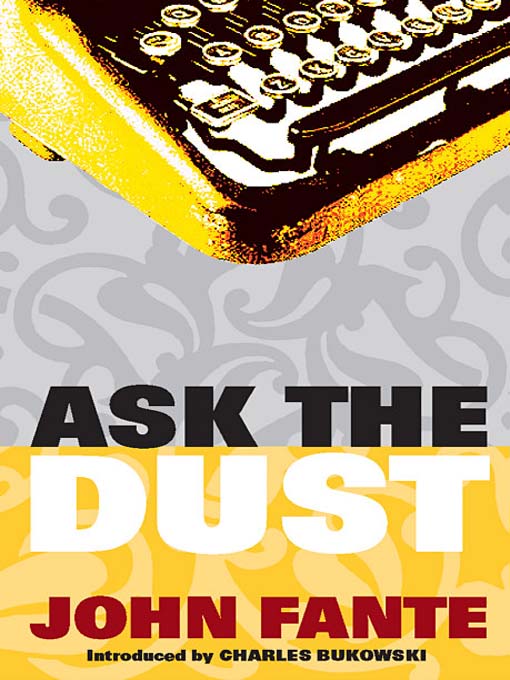 Last night in the Hardboiled lit class I’m teaching this semester we continued our discussion of John Fante’s Ask the Dust. The class spent a few minutes in the beginning discussing some calendar updates, preparing for the Wikipedia research project (more on that on the bava soon), and our plans for next week which consist of a vist from librarian Peter Catlin and watching Billy Wilder’s film adaptation of Double Indemnity (I got the BlueRay of this one, so we’ll see how that looks).

After some basic housekeeping we dug into Ask the Dust, picking up on the theme of Existentialism we talked about last week by actually digging into the text.  We spent a lot of time reading and talking about specific passages, and we focused not only on the interpretation, but the importance of spending the time looking up words and contexts to help the novel come alive. We had a lot of fun with the following passage:

Here was the Church of Our Lady, very old, the adobe blackened with age. For sentimental reasons I will go inside. For sentimental reasons only. I have not read Lenin, but I have heard him quoted, religion is the opium of the people. Myself, I am an atheist: I have read The Anti-Christ and regard it as a capital piece of work.  I believe in the transvaluation of values, sir. The Church must go it is the haven of the booboisie, of boobs and bounders and all brummagem mountebanks. (22)

Within this passage alon there are a ton of references made, and more and more I am stopping to ask the class just what they have spent the time looking up for context and understanding. How many of you know the Lenin he is referring to? What about The Anti-Christ? Who wrote it? What’s it all about? The Booboisie? What’s that? And brummagem? All these contexts are right at their fingertips now. It has never been easier to find and contextualize these bits with the internet, but I find so few do, but that will change! There is truly so much to excavate in just one small passage of Ask the Dust, and so much of it plays back on the existentialist crisis of nothingness and the tradition of Catholicism that Bandini is struggling with. There is a tone of sarcasm in the passage above, but it isn’t dismissive, rather it’s torn and confused—an authentic place to be in an existentialist kinda way 🙂

I was an American and goddamn proud of it. This great city, these mighty pavements and proud buildings, they were the voice of my America. From sand and cactus we Americans have carved an empire. camilla’s people had had their chance. They had failed. We Americans had turned the trick. Thanks God for my country. Thanks God I had been born an American! (44)

And then this from the end of chapter 6:

But I am poor, and my name ends with a soft vowel, and they hate me and my father, and my father’s father, and they would have my blood and put me down, but they are old now and dying in the sun and the hot dust of the road, and I am young and full of hope and love for my country and my times, and when I say Greaser to you it is not my heart that speaks, but the quivering of an old wound, and I am ashamed of the terrible thing I have done. (47)

A constant struggle around the core questions of one’s identity, faith, nationalism, and the fabric of what makes us so. Brilliant.

Anyway, below is the entire class discussion from last night should you be interested. It was fun for me, and I felt like we really started to dig into the novel and its myriad themes at the textual level.

This entry was posted in Hardboiled and tagged Ask the Dust, audio, hardboiled, John Fante, literature, novel. Bookmark the permalink.