Known Issues with the Web Garden

I was looking through the UMW Living Room Console site while writing about the new posters for Reclaim Arcade. While doing so I came across a few broken links in the inventory, to my chagrin. Links such as this one  (which is not broken anymore) were pointing back to my Known instance that I ran for 4 years or so and then archived as HTML with site sucker. 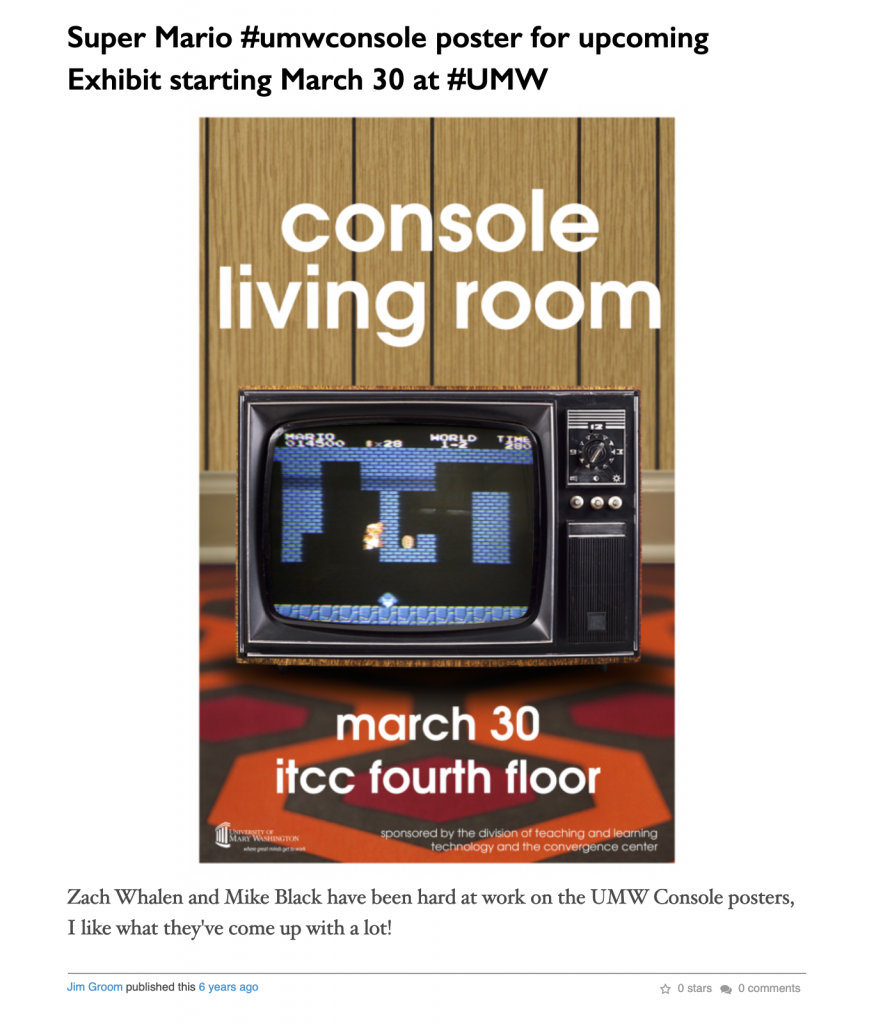 Turns out all my images from Known were broken, and I think that has something to do with how Known writes those images (but will look into that in more detail this weekend). In the meantime I wanted to resurrect those images and luckily I kept an archive of my files and database, so I set that back up and everything was loading again. And that’s the story of how I temporarily fended off some link rot in my small corner of the web. Felt like the battle at Helm’s Deep. 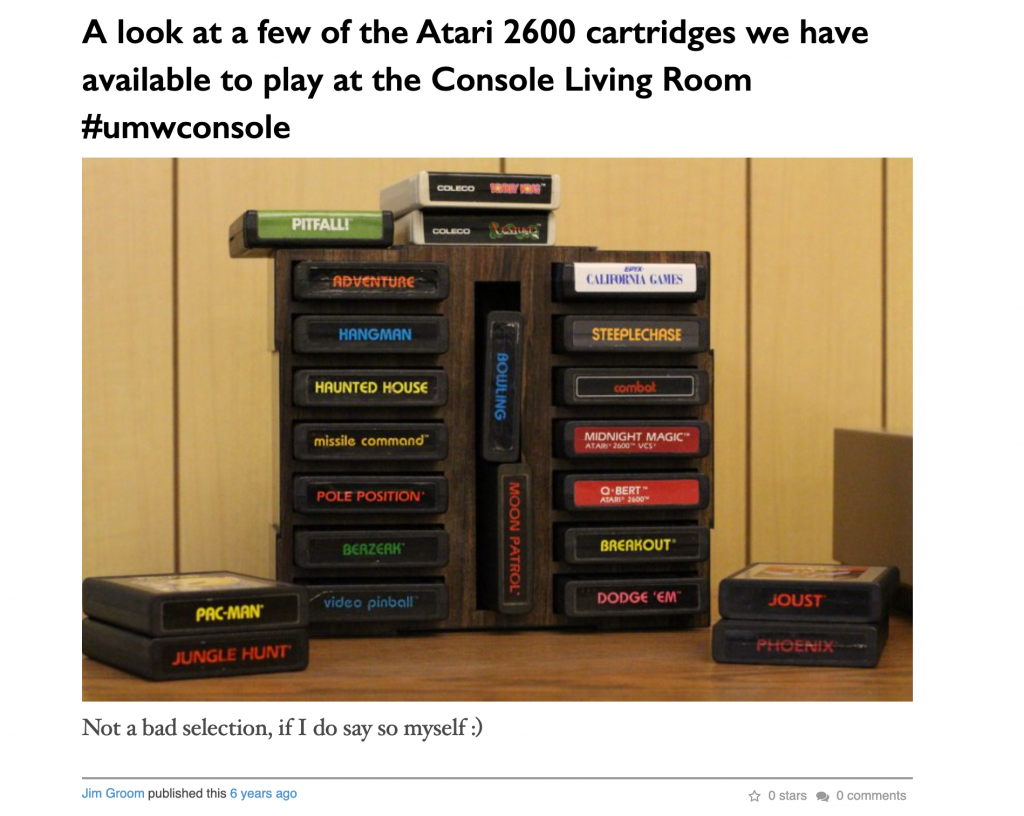 The living room has loomed large in my mind these days with the opening of Reclaim Arcade, so making sure these images were available was important to me. But it was also interesting because while I was doing this Olia Lialina‘s article “From My to Me” has been resonating deeper and deeper. As Downes already notes, it is a great article and comes highly recommended, in fact my next post will be a deeper dive on the article given I even have a small cameo, but read it regardless of that oversight on her part 🙂 One thing she discusses is the harm the appification of the web has done to a broader sense of exploration, creativity, and wonder on the web, which is a sentiment I was discussing with Boone Gorges a couple of weeks ago when recording his session for Domains21. In fact, I am feeling a broader sense of ennui and general dissatisfaction with the mainstream web we have right now, it’s a real theme throughout the Domains21 recordings, which made me think Lialina’s article may be a kind of call to action:

Don’t see making your own web page as a nostalgia, don’t participate in creating the netstalgia trend. What you make is a statement, an act of emancipation. You make it to continue a 25-year-old tradition of liberation.

Your resistance should not simply be a return to a Web 1.0 that never was in the spirit of “netstalgia,” but rather thinking creatively about what a return from me to my might look like when it comes to the spaces we inhabit on the web. For example, I would offer up Michael Branson Smith’s ridiculous beautiful HTML/CSS-based animated movie posters as a creative liberation of the form.

This in turn made me think about Lialina’s comment about WordPress being a horrible development for the state of the link on the web, which is something I have to follow-up on, but seeing that Known does not even link to image files which in turn broke the Living Room Console inventory gave me a sense of the legacy of broken links and dreams many of these apps hath wrought. I won’t go as far as to say it never should have happened, but with WordPress killing the classic editor by the end of this year I am looking to test my long-standing statement that the beautiful thing about my data in WordPress is it is portable, where can I put all the content in the bava.blog should I finally decide to test out my own claim before year’s end?

This entry was posted in Internet of Attractions, reclaim and tagged known, Olia Lialina, reclaim, web. Bookmark the permalink.

4 Responses to Known Issues with the Web Garden