Laying it Down with the Lo 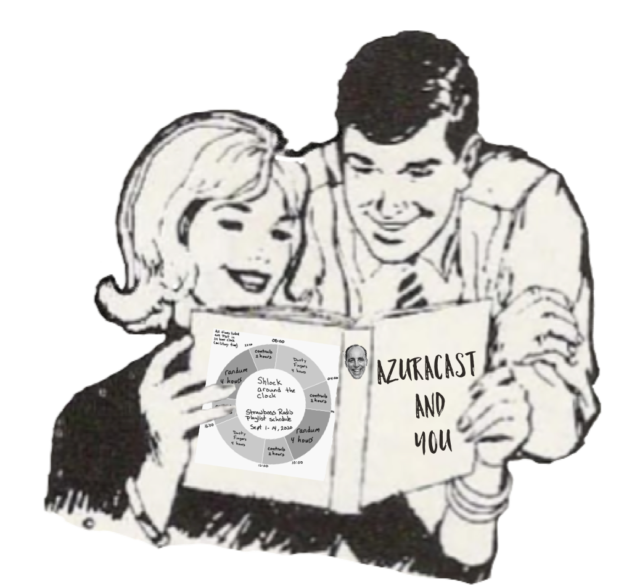 It’s been an absolute joy to watch Scott Lockman (a.k.a Scottlo) imagine, evolve, and build out Strawboss Radio. In short, Scottlo has been building a radio station that features the immense audio riches of the Internet Archive. And his recent post “Azuracast and You” features both a quick tutorial illustrating how to create a playlist using Azuracast (the open source software powering Strawboss Radio) as well as demonstrating the power of radio to teach and entertain by including a 30 minute audio file wherein Scottlo re-creates his work through layers of broadcasts over the 3-4 days of getting his playlist together.

I really think the work Scottlo is doing is quite powerful, he is taking the time and expending the energy to curate arguably the greatest digital archive in the world. What’s more, he is opening up his radio to try and encourage others to curate a scheduled bit of Strawboss Radio, essentially making for radio station premised on a communal curation of the Internet Archive, although I imagine not limited to that by any means. It’s genius, and I love it. In fact, Scottlo and I planned to talk about this very project last Wednesday, and we chatted for about 30 minutes or so, but as it turns out with me I got on another topic of live streaming TV/radio and the broader impact of these technologies for the new era of online learning (which I think it is fair to say in regards to a pre and post COVID-19 moment for online learning). So, Scottlo tolerated my ramblings, in fact, he not only tolareated them, but he provided a really cool frame narrative where the end is the beginning and the entire discussion becomes interestingly bookended with Eleonor Roosevelt talking about what constitutes a liberal. It’s Scottlo doing what he does best, making compelling audio on the air and off. So, thanks for chatting with me Scottlo, and for episode 2 of Laying it Down with the Lo, let’s dig in on the brilliance of Strawboss Radio, there is so much more to say!

1 Response to Laying it Down with the Lo