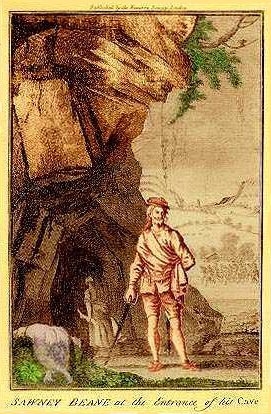 While reading America’s Bloody Register (the subject of my last post for True Crime) one of the things that gives away the shift of crime narratives from moral correctives to popular entertainment are the cliff hanegrs and advertisements. Just as the list of thefts in Richard Barrick’s narrative seem to be coming to a point, the narrative full stops with the following pronouncement:

For the remainder of BARRICK’s Life, which contains a series of heinous crimes perpetrated in Philadelphia, New-York, Harford,New-Haven, in Boston Market, at the vendues and on Winter-Hill) we must refer our Readers to the Second Number of our REGISTER, we we shall publish immediately. In the same Number we intend to publish remarkable conversion of….

In other words a cliffhanger that keeps you wanting more, and as a result will ask you to pay more to get it. One of the things that struck me in the “Second Number” of America’s Bloody Registry is the advertisement for a future issue that there’s no known extant copy of:

THE bloody and cruel History of The KING of ROBBERS and MURDERERS: Being a most surprising and shocking Account of the horrid Massacre of more than Twelve Hundred Men, Women and Children in Twenty-five Years, will be our next.

I couldn’t help but wonder who the hell robbed and murdered more than 1200 people over the course of 25 years? It seemed to me America’s Boody Register was about to jump the shark in just its third issue, and unfortunately we might not ever see what was written on this topic. However, thanks to Daniel E. Williams notes on the subject (you’re all reading his notes, right Truecrimers? -especially those of you presenting…right?) turns out they are referring to the legend of Sawney Bean, a “semi-mythical head of a 48-member clan in 15th- or 16th-century Scotland….reportedly executed for the mass murder and cannibalisation of over 1,000 people.”

What?! Trippy, the rabbit hole has opened! The truth of this narrative is highly questionable, but it reads pretty awesome, here’s the summary of the Newgate Claendar I found after a cursory search and scan of Wikipedia:

According to The Newgate Calendar, Alexander Bean was born in East Lothian during the 1500s.[1] His father was a ditch digger and hedge trimmer, and Bean tried to take up the family trade but quickly realised that he had little taste for honest labour.

He left home with a vicious woman who apparently shared his inclinations. The couple ended up at a coastal cave in Bennane Head between Girvan and Ballantrae where they lived undiscovered for some twenty-five years. The cave was 200 yards deep and during high tide the entrance was blocked by water.

The couple eventually produced eight sons, six daughters, eighteen grandsons and fourteen granddaughters. Various children and grandchildren were products of incest. Lacking the inclination for regular labour, the clan thrived by laying careful ambushes at night to rob and murder individuals or small groups. The bodies were brought back to the cave where they were dismembered and cannibalised. Leftovers were pickled, and discarded body parts would sometimes wash up on nearby beaches.

The body parts and disappearances did not go unnoticed by the local villagers, but the Beans stayed in the caves by day and took their victims at night. The clan was so secretive that the villagers were not aware of the murderers living nearby.

I love the whole cave and incest thing, not to mention the fact that this was all a result of Bean’s deep antipathy for ahonest labor, something the whole clan seemed to genertically inherit. So good.