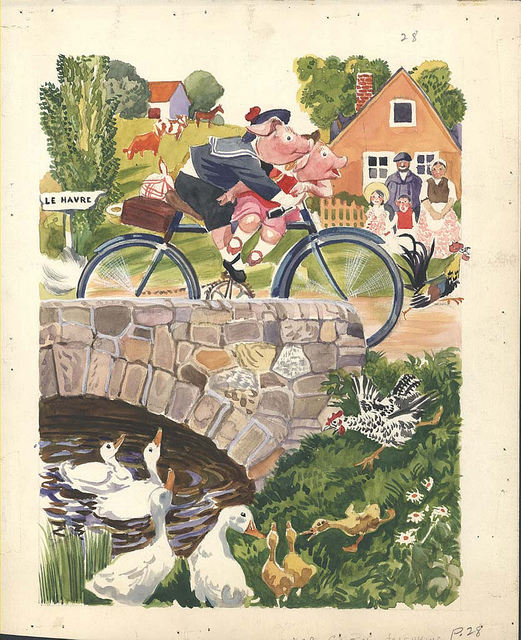 My family and I, along with DTLT’s latest hire, went to D.C. today to spend a leisurely Sunday browsing museums and generally being harassed by our over-tired, under-restrained children. We had seen that the American History museum was doing an exhibit on the Little Golden Books. It’s a relatively simple exhibit featuring a few of the books like Richard Scarry’s Two Little Miners (1949) and Here Comes the Parade (1951), along with Feodor Rojankovsky‘s Gaston and Jospehine.

What struck me most was the social history around the emergence of this book series as a response to Eleanor Roosevelt’s call for the need of cheap, compelling children’s books so that reading was not limited to schools and libraries. And at 25 cents for these truly attractively illustrated books from illustrators and authors around the world (many of whom were exiled in New York given the great war). What’s more, all of these books were anchored in a form of fantastical realism. For while the illustration were often fairy-tale like, the stories were grounded in everyday realities such as civic jobs (cops, firemen, miners, etc.), the building of transnational highways, and the immigration of pigs 🙂 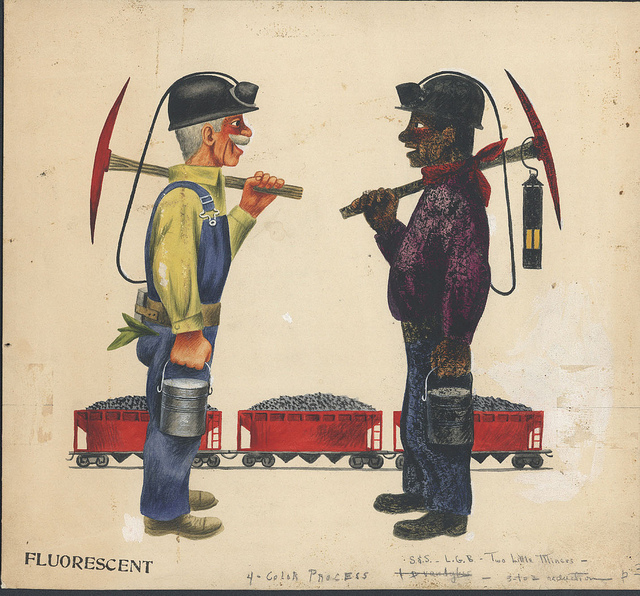 Like I said, it’s a small, unassuming exhibit (the digital component onsite was pretty uninteresting), but in many ways that’s what I enjoyed about it. In fact, the fact the had a number of the classic books on-hand so that I could sit down and read them to my kids was probably the coolest part of the whole thing. And while the exhibit tried to deal (albeit simply) with the pre-determined gender and racial roles in the books, it spent most of its time framing this series as a revolution for transforming literacy around the country my making attractive and compelling storytelling available to as many children as possible. While I was taking in this ideas, which was the exhibit’s overarching argument, I couldn’t help but think of a similar narrative going on right now in terms of opening up education to as many as possible as cheaply as possible when it comes to massive open online courses and the like. But what that movement could learn from the Little Golden Books experiment is that making learning cheap and accessible actually requires a compelling design, and attractive aesthetic, and some good stories. I would argue the education world more generally, but the MOOCs in particular, are still searching for all three.