Reclaim Hosting: Battling Digital Somnabulism One Domain at a Time 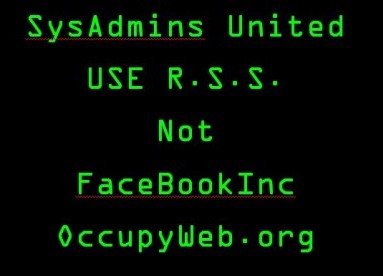 A week after launching Reclaim Hosting it seems like the project has hit a broader, international nerve. By a conservative count Tim Owens and I did this morning , it looks like we’re going to need a bigger boat  based on the overwhelming interest that, by a conservative estimate, would result in more than 2000 accounts come August 15ht when we open up sign-ups.  What’s more exciting that the crazy amount of people interested, is the realization that a lot of people want a communal approach to an open source toolkit for their teaching and learning.

As it turns out we can deal with the issue of scale when it comes to servers, just get another one (or three!), right Tim? However, the idea of trying to create a community wherein students and faculty can share what they are doing in this space in order to model different approaches, help one another out, and feedback what they’ve learned is the real nut to crack. Tim and I are working on how we might build an environment that harnesses a community of support (which itself will be evolving depending on the community), and I imagine our work with ds106 will help us in that regard. The fact that we can so easily open up the possibility for something like Domain of One’s Own to students, instructors,  academic departments, and institutions around the world (and this is truly a global project) using a small flash grant from the Shuttleworth Foundation is remarkable.

That said, I have to acknowledge that Tim Owens deserves the lion’s share of the credit. He cloned the work he and Martha Burtis are doing with UMW Domains in no time flat, and it will come as no surprise that Reclaim Hosting  is inspired by the Domain of One’s Own project happening at UMW this Fall. What’s more, it follows in a long line of projects coming out of UMW’s DTLT like the Bluehost Experiment, ds106 and UMW Blogs. DTLT has made it a habit over the last ten years of pointing its initiatives towards the web in order to share the work we’re doing, as well as allow others to piggyback on them if their environment is less than conducive to innovation.

The secret is that we’re not the one’s  “sacrificing” our limited resources for the good of the cause by sharing out work. Rather, the process pays back to UMW 1000 fold. We get access to a wide range of approaches all over the world from different education levels (K12, undergraduate, graduate, etc.) that help us better understand how to approach Domain of One’s Own locally. We also hook into a community of students and instructors that want to experiment, exposing us to some of the most innovative approaches going and forcing us to stay sharp at home. What’s more, it often brings attention to your work. When you open your work up, you’re usually the one that benefits as a result. In fact, I would argue that the community as a whole does.

On that note, I was excited to see Chronicle intern reporter Sara Grossman’s article on Reclaim Hosting. She took the time to follow-up on her interview with us several times, and I think her article does justice to the project:

The goal [of Reclaim Hosting] is to provide instructors and administrators with a simple way to give students personal domains and Web hosting they can own and control.

That’s right, and while the pedants will argue how much can you truly own or control a domain or hosting (“it’s leasing!”), the idea behind this project is to move beyond a simple consumer attitude towards the web. In order to truly engage this participatory medium on your own terms, you need to understand how it works. This means experimenting with installing applications, browsing database tables, experimenting with DNS, mapping domains, etc. Whats more, it’s about avoiding our culture’s tendency of “falling into a state of digital somnambulism,” to quote Cathy Derecki’s must read post on the topic titled “Time to Fight the Digital Nanny State.”  In fact, I get excited when I think an entire community college system like VCCS is considering the implications of such an approach.

In the following video Tim and I frame this project in more detail. We work through some of the details of how we are trying to share resources, develop a distributed community site, and create an ongoing video series wherein we explore the possibilities of various open source applications. I imagine it will cover approaches to building distributed course sites, managing your students cPanel accounts, as well as cover a series of various technical details behind web hosting. But all this analyzing is paralyzing, it’s time to play this dang thing!

6 Responses to Reclaim Hosting: Battling Digital Somnabulism One Domain at a Time