These are in many ways the notes for a case study for when and why to use Reclaim Cloud, and given that space is going to be a big focus this year I do love having good examples. So, Alyssa Marinaccio and Jeffrey Goetz from Welseyan University reached out earlier this week to let us know the course they were running on their Domain of One’s Own instance, WesCreates was hitting resources limits. They also let us know the site is home to a mini-course for alums and the broader Wesleyan community and more than 3000 folks signed-up! That is pretty awesome for them, and it makes those earlier MOOCs look small 🙂 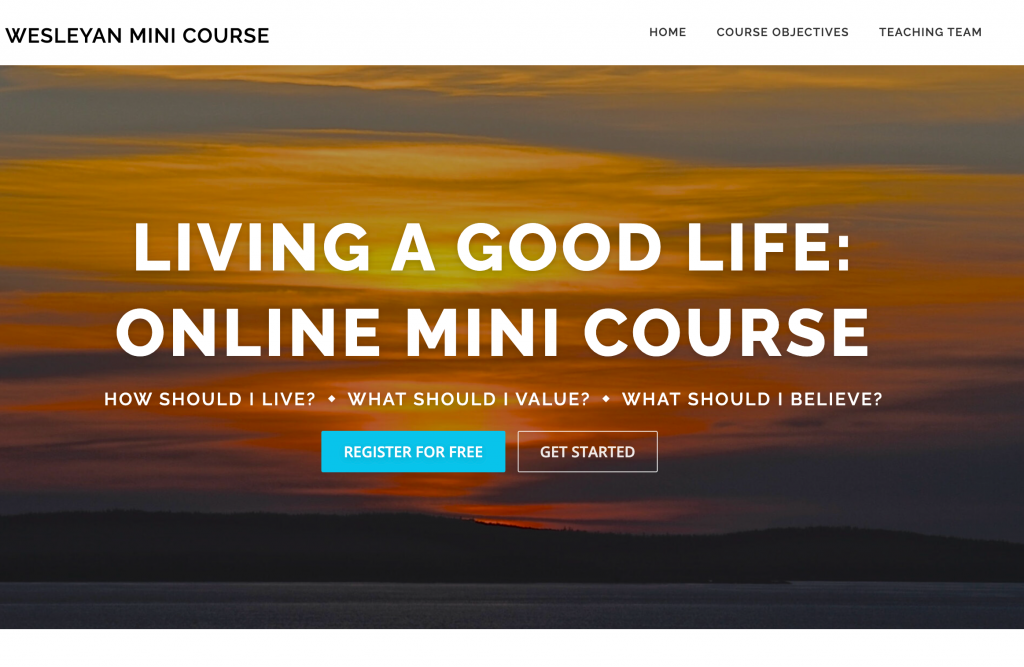 At the same time a single WordPress site in a cPanel environment is going to struggle under that kind of activity, even if on its own VPS. When you have a few hundred people, even 100, hitting a WordPress database for a sign-up, etc, the server will feel it. So this was a perfect use-case for migrating that single site to Reclaim Cloud to run in its own container that has instantly scalable computing resources that can go from 1 GB to a 12 GB+ server instantly. That is a beautiful thing for a site like this, and luckily moving over a WordPress site is not too time intensive, not to mention I wanted to demonstrate the power of scaling resources in the Cloud for sites just like this.* I dig that the good folks at Wesleyan are doing this in their own environment apart from the corporate MOOC ecosystems, and this is where scaling an open source tool like WordPress for thousands of people seamlessly helps us return some of that open architecture back to campus experimentation.

What’s cool is that Reclaim Cloud in many ways is geared towards this kind of scaling with one-click containerized WordPress that can scale instantly. There are even clustered and multi-region instances, but I do think that it would be overkill here. That said, multi-region in Reclaim Cloud is super exciting for me. The container is using a LiteSpeed setup, as opposed to Apache or Nginx, which is referred to as LLSMP (Linux, LiteSpeed, MySQL, PHP). We’ve found this stack be ridiculously performant when it comes to WordPress. It’s running PHP 8 and there is a built in content delivery network, or CDN, to speed up the delivery of media objects, add to that scalable CPU resources, and you have an infrastructure that can allow you to spin-up your own, home grown MOOCs on top of WordPress without worrying about scaling to thousands of participants.

That’s awesome, and I would argue it will prove to be pennies on the dollar if you were to run this on a VPS of 16GB or 32 GBs, not to mention having to build-out your own the environment. The economic difference is folks will hit the site hard a couple of times a week, and when they do you resources can scale, but for the rest of the time you’ll be using a fraction of the resources and paying only for that. Elastic computing can be scary for some given there is no set bill, but in many ways we have come to accept this with utilities like gas or electric because we understand it is based on usage and we can control that, it is the same thing for computing CPU and it will save most folks significantly.

One of the things we have been doing for Domain of One’s Own schools is providing a $500 credit in Reclaim Cloud to simply explore what’s possible. I offered this to Wesleyan as a good-faith gesture to demonstrate that running this site for 3000+ participants using a scalable, performant WordPress setup will not break the bank. So, the next wave of traffic comes in early next week, and they are now comfortable hosted in Reclaim Cloud, and I want to believe the vision that the Cloud is yet another offering alongside WordPress Multisite and Domain of One’s Own becomes that much clearer with this example.

Anyway, I shouldn’t get too far ahead of myself just yet given the proof is in the pudding, and it still has to perform as promised before any Reclaim Cloud victory laps can be run 🙂

*There were many facets to the MOOC revolution, and one of the most important for me was the way in which Coursera and others where scaling those infrastructures seamlessly for tens of thousands of people instantaneously on AWS. The birth of the MOOC at scale was in many ways the first example of the power of cloud computing in edtech, warts and all. I wrote about this pretty early on at the request of Jared Stein for the Instructure blog in 2012 (the blog is long gone, but I always keep a copy on the bava!) and I think it still resonates.

2 Responses to Living a Good Life in Reclaim Cloud