Nostalgia, Killer Sharks, Amusement Parks, and the Sterile World We Live In

Last year at this time, while I was embedded deep in yet another bout of nostalgia, I posted about an old school video game called Killer Shark (1972). I had been lamenting the fact that this game was inaccessible to me now, and how much I loved the flailing shark as it moved back and forth across the screen. Well, yesterday I got a comment on that post alerting me to the fact that Loressa Clisby of Daemon Keep Games has developed a facsimile version of this arcade classic. She rules! You can download it here, just keep in mind that it only works with Windows (luckily I have one of those vestigial operating systems hanging around).

And to throw the gauntlet down, I have taken a minute and a half screencast of myself playing the game, and I have to say that despite the fact that I have only been playing for half an hour, I am the best already. I challenge any of you suckers!

This whole thing led me to search out some information about the place where I played the original Killer Shark arcade game for years: Nunley’s Amusement Park in beautiful Baldwin, Long Island. It was a suburban family amusement park (the last of its kind) that had all the amenities of a large amusement park, in the classic style of Coney Island mind you, only in miniature. There was a miniature roller coaster, cups and saucers, ferris wheel, hand carts, miniature golf, and the famously opulent carousel that was designed in 1912 by Stein & Goldstein of Brooklyn and is one of the few that have been preserved and recognized as a landmark. 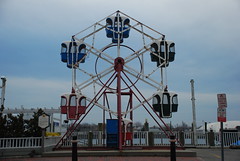 I think I can say with some certainty that it was a special place for just about every kid who grew up on the South Shore of Long Island (and far beyond I’m sure) for over half a century. That’ where I played Killer Shark as a kid, but it is also where my friends and I whiled away many a Summer’s day playing video games, skeeball, getting our fortune’s told by a gypsy automata, and beating each other up over a soft ice cream or a slice of pizza, which were served by “the Greeks” who wore white and red vertically striped shirts (all of whom must have worked there their entire lives, for over the twenty year span I frequented Nunely’s, there was never a new face behind the counter). It was were I took my first date in 5th grade, and where I got broken up with more times than I care to remember. I loved Nunley’s, it is a painful reminder of the fact that even the suburbs had some style and dignity at one time. It was closed at the end of the Summer in 1995, never to re-open. 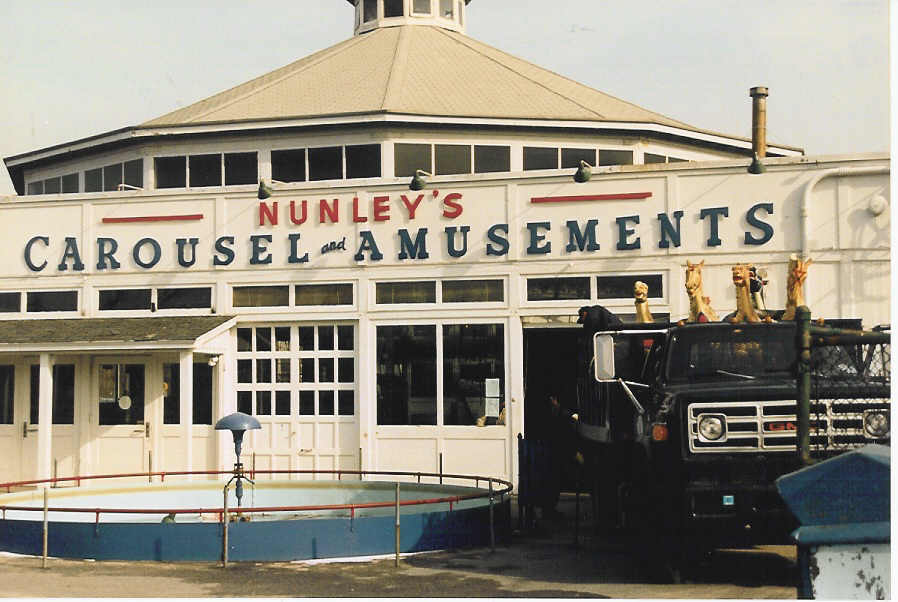 On that day the South Shore of Long Island got that much more barren and desolate. The land was sold off to some speculator that brought in a chain auto parts store (what vision and imagination!). I actually think about Nunley’s on a regular basis these days while I struggle to entertain two young kids with things to do. I think about how much I would appreciate a place like Nunely’s which has some old school class, wasn’t in some fucking mall or surrounded by box stores, easily accessible by public transportation, and would be just as much fun for me as would be for my kids. All we got is Chuck E. Cheese’s and the rest of that corporate junk, it’s really disheartening how much we have gutted ourselves of any kind of unique and wonder-filled experiences. Everything remains the same, predictable, and utterly sterile. I want a time machine.

Actually, wait…I kind of found one! It’s called YouTube, and it has a great video discussing the history of Nunley’s, its fabled carousel, along with its (at the time) imminent demise. If you watch the video, you can see how the whole place was set up, and the video games actually were placed on the perimeter of the walls around the carousel, you can also see the skeeball if you look hard. Wow, how cool is that! YouTube, I love you! 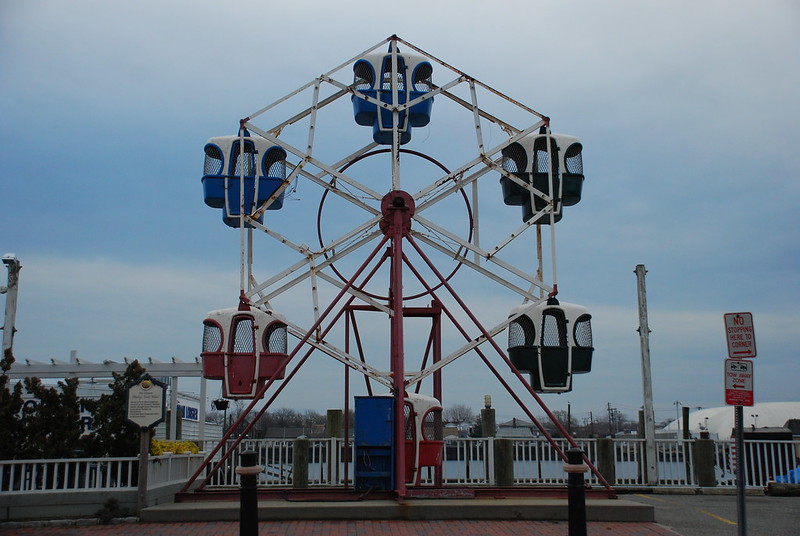 4 Responses to Nostalgia, Killer Sharks, Amusement Parks, and the Sterile World We Live In