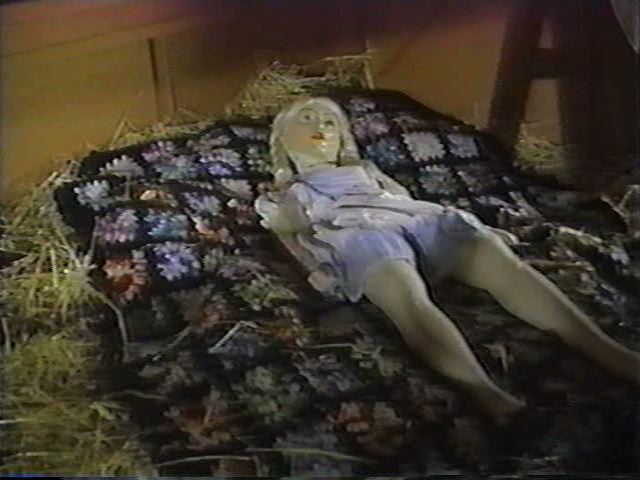 I have to apologize for this post ahead of time, but after talking with the great Carole Garmon about Kienholz (see my previous post for context), she recommended I watch Paul McCarthy and Mike Kelley’s Heidi (1992). The video from YouTube below is an edited version that, as the uploader notes(the original is 51 minutes long), “these are just some of my favorite scenes, most of the film contains material which YouTube would redeem offensive.” This film is not just disturbing, but absolutely nuts. Here’s Paul McCarthy description of it:

A collaborative work based on Joanna Spyri’s novel, Heidi. The entire work consisted of a fabricated set, a group of partial and full life-size rubber figures, two large backdrop paintings, and a video tape shot entirely on the set….We were interested in imitating film and television production, and exaggerating the fractured process of film. The intention was to create convoluted associations between Heidi, the purity myth in America and Europe and the media view of family life, horror movies and ornamentation – the grandfather, Heidi and Peter, a rural family. Grandfather is abusive and senile. Peter is retarded. Heidi is Madonna and the sick girl is a vision. (Quoted from the ArtTorrents blog).

So, it’s Texas Chainsaw Massacre meets the tried and true classics of western children’s tales and Saturday Morning kids’ television. But, unfortunately it is far more disturbing than anything Tobe Hooper could ever dream up. It seems to me to be almost the limits of taste and all things holy. So with that long disclaimer behind me, let taste be damned and prepare yourself for an endless supply of nightmares: