Playing in the Cloud: Integrating Etherpad with Jitsi

One of the first things Tim showed me when we starting using Jitsi internally was the ability to integrate Etherpad Lite. I wanted to give it a try given I am working on demoing fully open source replacement for Zoom/Google Docs/Slack with Jitsi/Etherpad/Mattermost. I am now officially 2/3 of the way there 🙂

So, I already have both an Etherpad and Jitsi app running in Reclaim Cloud thanks to our handy-dandy one-click apps in the Cloud marketplace. After that Tim shared this guide in the Reclaim Hosting Community forums for integrating my Etherpad with Jitsi, and it worked a treat. When you click on the “Open shared document”… 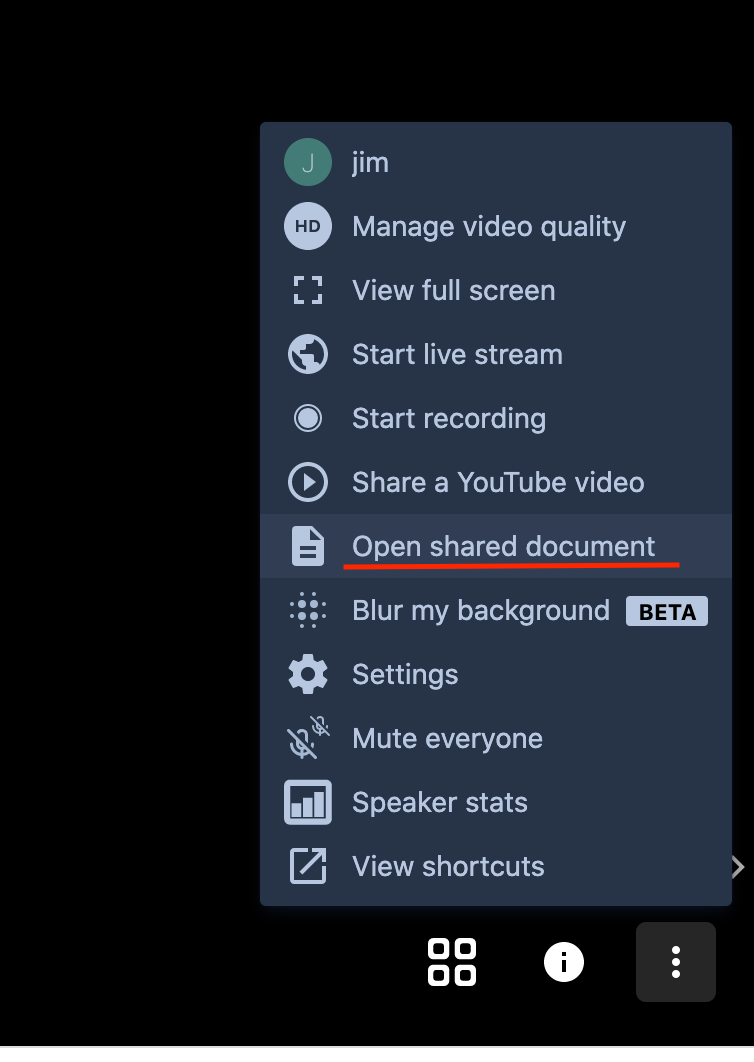 … and voilà, now you have a blank Etherpad page that anyone on the call can edit directly from the Jitsi browser tab.

So, I added the KaraOERke instructions to the document which folks on the call can edit (though read-only is an option), it also has a link or an embed code. 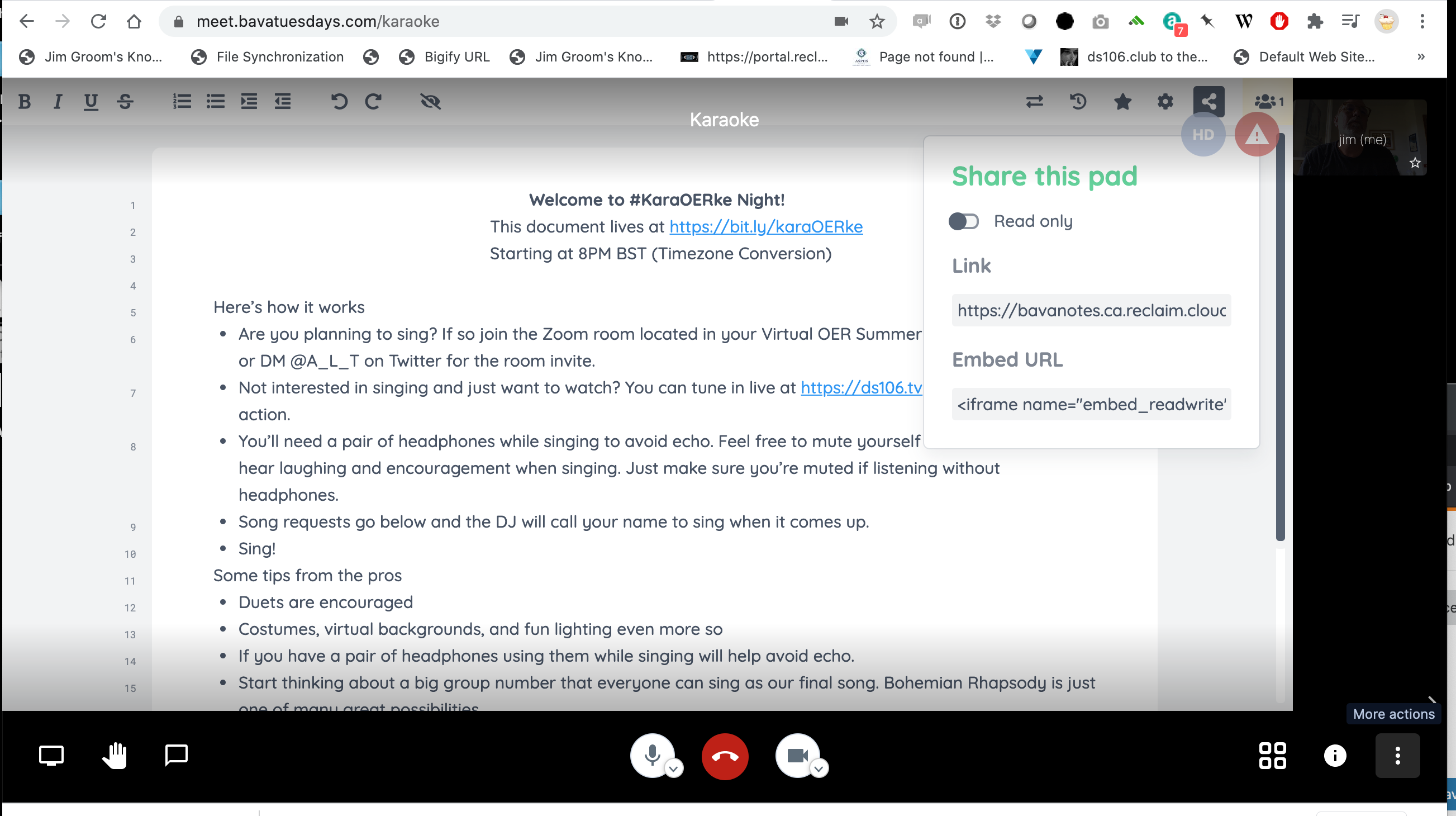 You also have the option to import/export text and HTML files right from Jitsi. So, effectively full Etherpad functionality within Jitsi. 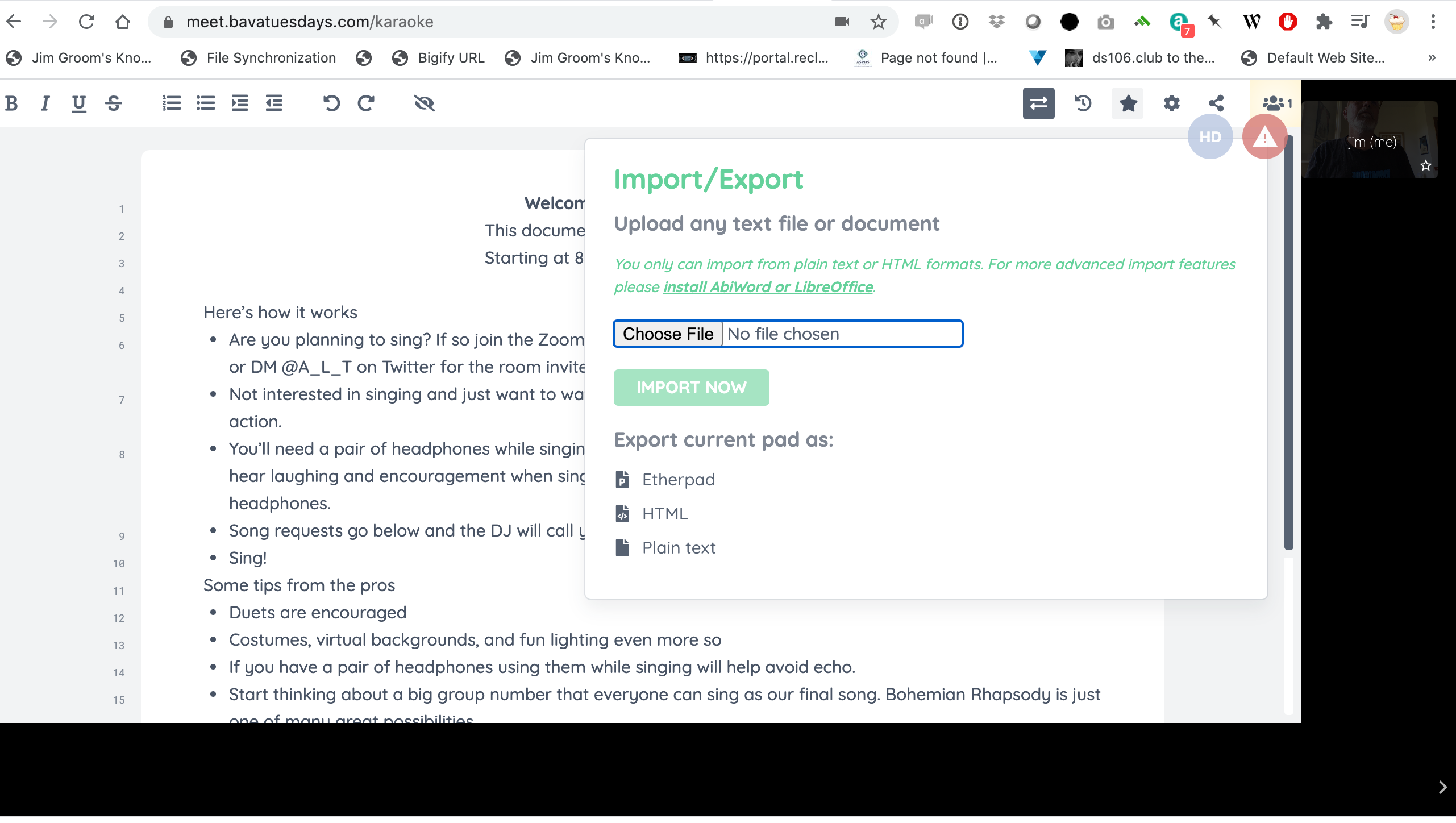 I really like the way this works, and through Jitsi you can also livestream to Youtube, I have not found other options yet, but given it is open source software I am sure they are not far off. I would love to be able to stream the Jitsi instance directly to ds106.tv.

The last piece of this open source remote teaching trifecta is Mattermost, I am going to dig in some more on that and see would integrating Etherpad and Jitsi into Mattermost looks like. But until then, you can always try this out for yourself using the 14-day free trial at Reclaim Cloud.

2 Responses to Playing in the Cloud: Integrating Etherpad with Jitsi